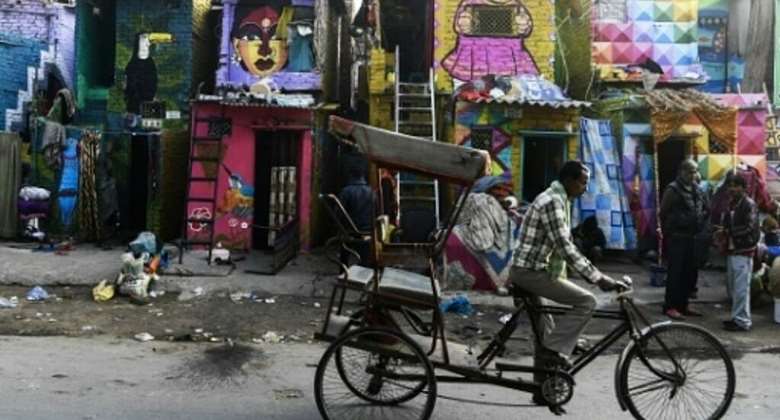 More than 60,000 Indians have given up their citizenship in the last five years, while in the same period just over 4,000 people became Indian. Analysts and surveys indicate a variety of reasons for the exodus.

Though the reason for a large number of Indians surrendering their citizenship was not stated by the junior home minister Nityanand Rai in parliament this week, quality of life, employment opportunities, social structure, financial and social security, development and gender equality have been suggested.

About 40 percent of the citizenship renunciation requests come from the United States, followed by Australia and Canada, which amount to a chunk of around 30 percent of such requests.

This year saw the steepest spike in Indians giving up their citizenship as worldwide travel and outdoor restrictions started to ease because of the pandemic.

Since 2016, when India announced a sudden move to demonetise its high denomination currency notes, there has been a dramatic fall in economic growth, with a large number of mid-level companies losing business.

“India is seeing an exodus of talent like never before in history. Economic blunders such as demonetisation and the bulldozing of democratic rights by the Narendra Modi government have led to this,” Congress national spokesperson Shama Mohamed said.

While China topped the migration list with a total of 16,000 High Net worth Individuals (HNWI) exits, India came in second at 7,000 exits and Russia 5,500 exits.

Another study by AfrAsia Bank covered only individuals with a net worth of  between 1 million and 9.9 million dollars, who took up residency in a new country and spent at least half of the year there.

According to the report, work, opportunities, tax and financial concerns were among the reasons HNWI were deciding to make the move.

In October, West Bengal Finance Minister Amit Mitra cited three different studies to claim that 35,000 Indian entrepreneurs of high net worth left the country between 2014 and 2020 during the tenure of the Narendra Modi government.

He wondered whether this was due to "fear psychosis", and demanded that Modi must acknowledge in parliament the "massive flight of Indian entrepreneurs during his regime".

“I also hear tales of tax terrorism and demands being faced by the industry on various counts. Put together, many of them are relocating,” Mitra said.

India does not offer dual citizenship yet, and people seeking citizenship in other countries must give up their Indian passport as per law.

A majority of Indians surrender their passports because of the privileges they get using the passports of other countries. India stands at the 69th number on the passport power rank according to the world passport index.

When comparing it with other countries - the rank of Australia is 3rd, USA is 5th, Singapore is 6th and Canada is 7th. At the top are UAE on number 1 and New Zealand on number 2.

“They are also exempted from bureaucratic delays in the immigration process which is beneficial for traders and businessmen.”

Modi and his ministers and supporters have repeatedly emphasised the incumbent government had increased India's stature in the world.

A number of measures have been initiated by the Indian government to stop the brain drain such as prioritising skill development through its National Skill Development Mission that aims to train approximately 400 million people across the country by 2022.