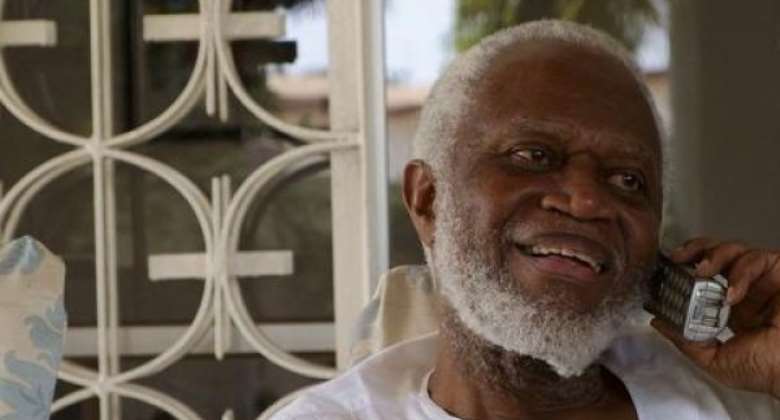 The National Democratic Congress (NDC) in Anlo Constituency has described the demise of Captain Kojo Tsikata, former Head of National Security and Foreign Affairs of Provisional National Defence Council (PNDC) as “a big blow to the party.

The late Captain Tsikata, a founding member of the NDC and elder brother of renowned Lawyer Tsatsu Tsikata, passed away on Saturday, November 20, 2021.

Anlo Constituency Chairman, Mr Rolex Honesty Agbey Miheso, in an interview with the Ghana News Agency (GNA), said the passing of the dedicated member and native of Srogboe-Whuti in the Anlo Constituency at such a time when the NDC was still grieving its fallen heroes, was hard, noting the party in the region was the hardest hit.

“Captain Kojo Tsikata was a strong pillar to the NDC and his death is a big blow to us, especially when it came at a time we're commemorating a year of the passing of former President Jerry John Rawlings, our party founder. Not long, we lost another of our own, Madam Dzifa Attivor from the region whose death we're still fighting to come to terms with.”

Mr Richard Kwame Sefe, the Member of Parliament for Anlo, told the GNA that he was saddened by the death, explaining that the independence struggle inspired some of them to join the NDC.

“He was an inspiration to us those days and that motivated some of us to join the NDC.

He laid the foundation for our party and having worked with Mr Rawlings since the PNDC times, he was an asset to us in terms of good counsel. It's unfortunate he had to leave us now.”

Mr Henry Ametefee, Regional Chair of the NDC, described Kojo Tsikata's passing as a shock, saying, “one of the greatest stalwarts of the PNDC/NDC has fallen and the vacuum is deep.”

He said the pillars of the fourth democratic dispensation cannot be complete without the contribution of Kojo Tsikata.

The late Captain Kojo Tsikata (Rtd) was a recipient of one of Angola's highest honours, known as Carlos Silva among Angolan fighters, for his role in the struggle for national independence.

He was also a holder of the Solidarity Award and the Order of “Carlos Manuel de Céspedes” conferred by the Council of State of the Republic of Cuba.