The duopoly will loot for 30 more years. 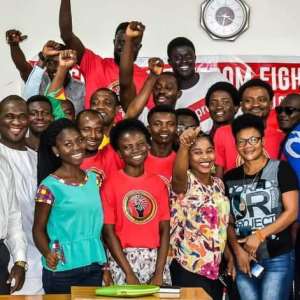 With the likes of the CPP, PNC, PPP, APC GFP , independent candidates and other parties. The NDC and NPP has stood tall with great astuteness among the political parties, dominating our body polity since the beginning of the 4th republic for close to 30 years now. The political gymnastics and propagandist tactics of these wanton and rogue duopoly is our interminable and prodigious problems masterminding and engineering all astrocities against the countrys development and the people's progress in Economic freedom. The corruption, fiscal and Economic mismanagement, poverty ,under development , unemployment etc are the afflictions they have rendered in their government for our continual and persistent voting them to power.

Is demoralizing to note that, the masses whose lives and future are highly dashed and muddled in such opacity by these goon parties unconscionably fail to mobilize to boot their system and reign out. Is sad to note that, Ghanaians enjoy watching these folks annihilate them while they criticize and goes to sleep without any cue of ousting this criminal and dishonest system.

Ghanaians are well tied to this duopoly system that they country has become a partisan apartheid system where every Ghanaian belongs to these destruction. The country is in summersault for the seek of NPP and NDC .We have no fate in them for they have multiplied corruption and our sufferings albeit these malice is their gospel on their pulpits. They have failed us and there is no destination for Ghanaians in the offing if the duopoly continue to seize our political space, our generation would remain slaves,hungry, poor and wretched.

Several attempts to end the duopolitical system rendered futile and the expositions are these;

Too much individualism in quest for a third alternative.

Inordinate inclination to ones political ideology.
Self interest, hate and power drunkness, tribalism, egos and academic aggrandizement and disunity as their cardinal pillar .

What is too difficult that people cannot come together to fight for a common course? Ghanaians expecially Africans are very self centered and individualistic, we hate to unite, we hate to connect our strengths, ideals and power toward progress. we approach gross national issues individually to seek accolades and not solutions that needs the whole country rising to embrace change. And those who cope to cohes with few others hates to enjoin with others with past experience and rational.We are our own adversary!

A warrior cant defeat a well weaponised enemy, you need to first build and enforce your army before showing at the battle field" We keep recurring same errors thus given the duopoly more power to sodomise and deplete the country's wealth.

"One warrior doesn't win a battle unless you are a David ".

Lest we rise to unite all unions and political movements we will continue to suffocate and savage for 30 more years in this wilderness.

Ghanaians hates responsibilties that comes with sacrifice especially her youth they are exceedingly lazy, unorganized, disunited and unpatriotic therefore they choose to be led even if those who lead them are thieves,despots and incompetent. Their duty is to complain and if is the contrary party they criticize and vote these same duopoly again and again giving unqualified people and criminals the keys to loot and enrich themselves thus suffering the vulnerable and gullible impoverished masses .This is how tribal bigotry and indoctrinated partisanship has entrenched our politics and national progress .

The dispute lying before us is the facade and miniature of the broader canker confronting Ghana's politics and the duopoly. Ghanaians especially the youth have exchanged their rights and freedom for the duopoly that is a 5 kg of grains, few cedi notes while deserting the crass transformation of their lives and development of the country they could easily acquire by holding them accountable and also choosing leaders based on ideas and not tribal and partisan lines. Our youth are drastically inclined and indoctrinated that they can't stand with any third force to relinquish or deny the NPP and NDC. The duopoly have monetized the parties and politics from monies they stole from the state.The NPP used money to buy votes, bait Ghanaians and insult their intelligence with bad government and intense corruption . These goodies has made the youth unable to redeem themselves from this political prison.

" If they see us as their monkeys then we must reject their bananas and roar the lions in us that we deserve a better share of the national cake."

What we need at the moment is absolute unity in cohesion, laying aside every guilt, self interest, individualism and egos and unite for the great purpose of ousting the duopolitical system in the country to stem a third force movement to prosper Ghana for Ghanaians and Africa as a whole.

Immediately withdraw your directive to Goil; it's dangerous ...
30 minutes ago