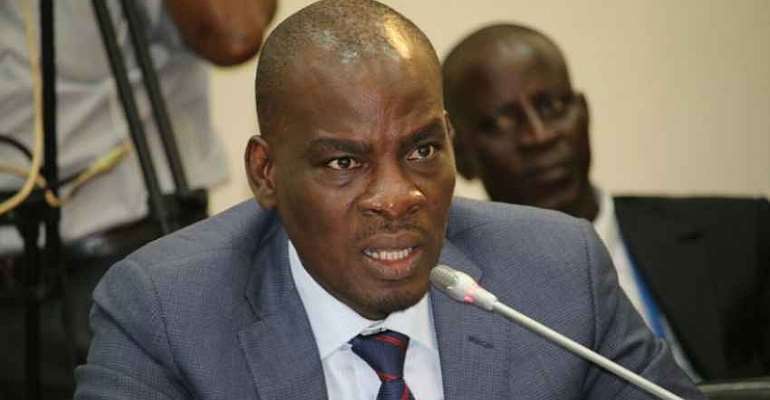 The history of people is only great and meaningful if those who achieve greater heights are honoured and celebrated by their fellow citizens aspiring to emulate their exploits. Any attempt to bury the truth will undoubtedly wound diminish their roots.

As the world gets smaller thanks to information technology, much data is released into the globe. Politics is the most vulnerable sector of human life because it deals with the beast of the human mind. This goes without saying that to do politics one must align unto the principles, ethics and philosophies that underpin the political tradition one chose to belong.

The Resilience of Hon Haruna Iddrisu, towards a good leadership spirit is not only because of his profound understanding of the impact of ethical politics but also because he is pretty aware of how the free world runs.

It will require morally and ethically grounded leaders with a spirit of unchangeable love for the constituency, region and nation to fight and overcome this trend. What our party especially in northern region need is not only unity but a unity that can be sustainable for a smooth victory come 2024. NDC has one main objective and that is to serve Ghana and Hon. Haruna Iddrisu have that in his mind moving forward. When the party was founded, it had a vision born from the mind of its visionary leader His Excellency late former president Rawlings. To fulfill that vision, Rawlings, together with his compatriots, stipulated and setup guiding principles so that the vision would remain alive in the spirit of every NDC member especially the leaders. Hon. Haruna Iddrisu have raised through most party structures and he is doing everything possible to hold on to the principles hence he been in parliament for over a decade.

Any strategy or plan to give the party the needed victory come 2024 without Hon. Haruna Iddrisu will not yield the fruits of dedication needed to propel the party to its glory.

Dedication demands that the party be put first and Hon Haruna Iddrisu stands tall in the whole of northern region. It goes without saying that NDC cannot but revisit its founding principles that is still very much alive in Hon. Haruna Iddrisu, if the young leaders of the party really want to lead the party to her true destiny, then Hon. Haruna Iddrisu should be accorded the needed respect. The NDC party, especially northern region is justified for labelling Hon. Haruna as an exceptional leader. His legacy is unique, and no one can dispute the facts. It’s part of human trait to cry over what we lost because we don't always appreciate the precious things whiles we have them. It is high time the members of the NDC party immortalized this leader of ours in the Ghana book of legends.

If the mistakes of the NDC party will ever be corrected, it will require the wisdom of looking into the life and works of Hon. Haruna Iddrisu and emulate his way of politicking. He is heading for his 20th year in the August house, Ghana's parliament. It is the antidote needed to mend the wings of the NDC party, especially in northern region for a brighter future for not only the NDC, but for Ghana at large.