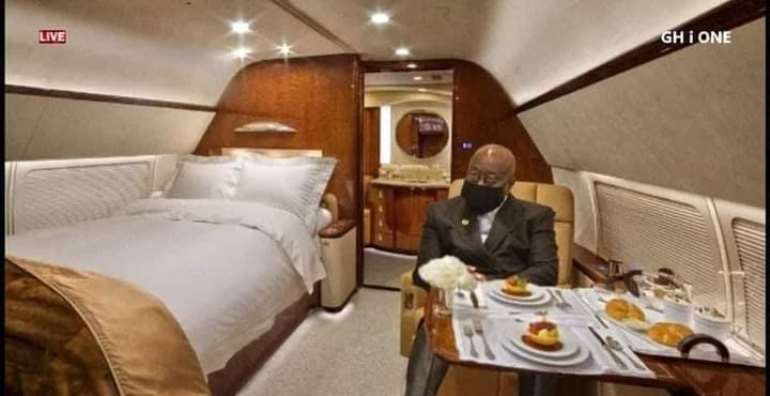 Ghana is an exceedingly interesting and blessed country with abundant mineral resources which includes gold, bauxite, manganese,oil, Agriculture etc.We are among the top countries with rich natural resources in the world but we are the least developed country with impoverished citizens,poverty,hunger,high unemployment rate etc . Ghana has rich resources in commercial quantity but we lack quality leadership to Mann and develop and transform the lives of Ghanaians.

Ghana's current debt to GDP is about 80% posing the country as a debt distress. This owing to the inconsiderate and unconscionable spree borrowing for extravaganza, partisan and family and friends benefits. Others that constitute to this,is bad leadership, administrative incompetence and mediocrity in governing the rich resources and public purse. This must be checked in the next parliament when chosing leaders at the polls so that we don't repeat this same errors by sacrificing the country,her resources and her unborn generation and prospects for few greedy bastards and plunderers. We must also change for a sensitive and more competent government to fix the country and is very possible to look outside the duopoly.

Covid is not the rationale for Ghana's Economic malfunction and elapses but a mis leader and a mis government at the helm of affairs failing to protect the public purse and punish corruption offenders are responsible for these machinations . Government has received much funds from the IMF ,more than two(2) billion dollars as covid mitigation fund and an accumulated oil revenue of about 6 billion dollars for the past 10 years from Ghana oil field and all these monstrous funds cannot be accounted for after sharing with family,friends and party folks that which is meant for Ghanaians development.

This and many more unfulfilled promises, embezzlement and giant corruption cases is what has made the Akufo Addo lead government obtuse and the most corrupt and dishonest government in the history of our country. Colossal funds earned and better Economy than this one inherited but little or NO work is done .

This a kleptomaniac government stealing from the state purse to worsen hardships and create more austerity.

We need a third force party to battle these evils .

We can't eat in freedom as food should be the cheapest commodity has become priceless.

The Agriculture we use to enjoy over the years is polarized and touted with falsehood in political gimmickry production figures. The Agriculture that used to be the engine of economic growth and employing millions. Cheap food supply has suddenly fallen flat in production.There are no more bumper harvest.Over the years,the shortage of food production and foodstuffs has increased drastically .The cost and standard of living has also increased and this did not forgive even farmers, for they are living in absolute destitute fauna and flora to perish in this rising Economic hardship and the calamity the Agricultural sector is facing.

A country that was established on Agriculture, Agriculture bussines and industrialization has fallen and cannot feed the about 32 million people in freedom.This means, government wouldn't be able to make foreign exchange from food stuffs and raw materials in export except cocoa not to talk of feeding indigenous industries.This also implies we are living solely on import and this depreciate our currency and raise inflation.

Today,we have a crook government and systems that cook spurious figures about food productivity,food security and employment in the Agricultural sector which I called 'planting for hunger and poverty' instead of the famous derogatory 'planting for food and jobs'.

Our current Agriculture sector is one of the worse performing sectors in the the country.

Again,farmers and Ghanaians are lamenting over the poor performance of Agriculture resulting to food shortage and this calls for anxiety and for that matter an intriguing situation that government must treat as a state of emergency.

The Government is simply insensitive, clueless,selfish, wicked and sick. And we don't need any augur to tell us that the government is a failure ,the future is opaque and that government has exhausted every competence means to mitigate the conditions and also remedy the issues at hand.

Today,A branch of plantain that the food and Agriculture minister verbose about its abundance were you can get a branch for 5 cedis is now 50 and 70 cedis depending on its size.

Poultry farms have broken done due to feed shortage and unavailability therefore government must rely on importation of poultry products to satisfy it's demand and consumptions. That means government would risk the health and life of its citizens to the H5N1 avian poultry influenza.To say the least !

Changes in rainfall pattern and fertilizer shortage has crass affected crop yield and there may be hunger outbreak in the offing.

Modern technology , machinery,subsidy and new innovation farming need be introduced .Farmers should be trained with new skillset of farming and also prioritize irrigation.

Housing, pension and insurance should be provided to farmers to mitigate their plight.This would attrack youth and graduates to fall for Agriculture.

Power,storage systems,good road networks and quality education should also be meted to farmers so that we can have educated and good farmers in the country to feed us and also produce in commercial quantity for export and industries to boost the economy.