The 2024 Elections: Alan Kyerematen and His “Jobs for the People, Cash for the People” Message Hold the Key to NPP's Victory – E. G. Buckman 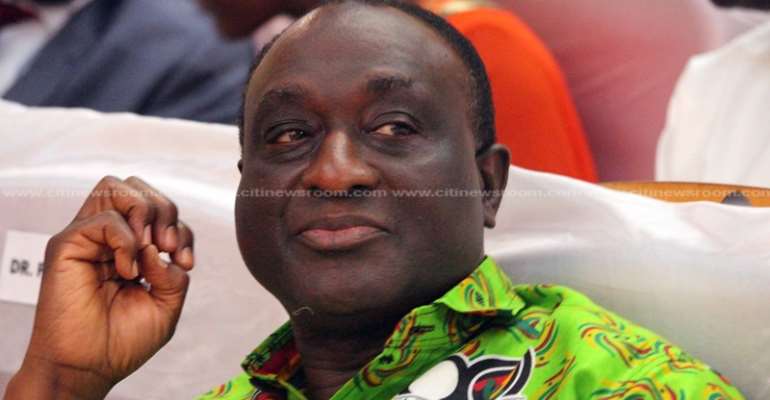 Anyone who has really sat down to analyze the 2020 elections results dispassionately, would unhesitatingly agree with me that the 2024 elections are not the kind of elections you enter into with any kind of candidate at all and wish that miracle happens for your victory.

Not only that, the 2024 elections are also not the kind of elections you enter into with a weak or questionable message. From all indications, the elections are going to be make or break for the two parties. There is, therefore, the need for the NPP members across the country to consciously graduate from the politics of emotions and sentiments to a reality-based politics.

As I have already said in a previous article, name calling and jabs throwing hold no weight in modern day politics. At best, they can only earn you some immediate laughter from your members. Without doubt, the Ghanaian electorates, particularly those who constitute what I call the Floating Voters Party (FVP), have become more sophisticated, wise and unpredictable. They don’t swallow anything politicians say hook, line and sinker anymore. They really think through issues deeply before they decide who to cast their votes for.

The 2016 and 2020 abnormal voting pattern and results give credence to their sophistication and unpredictability. Particularly, the 2020 elections results, seem to show that the Ghanaian electorates sometimes pay more attention to the negatives than the positives. It is highly unthinkable that, in the last elections, the NDC, which had no convincing message and presented no clear vision for Ghanaians, was able to eclipse all the good things the NPP had done, including the government’s flagship Free SHS policy, with their negative propaganda messages.

As it is to be expected, the 2024 elections campaign messages would be issues-based and problem-solving like never before. Ghanaians would demand from the politicians more practical solutions to the country’s socio-economic problems like never before. In particular, the issues of security relative to jobs, food and safety would be at the heart of the electioneering campaign. If you consider the fact that youth unemployment is the major issue in the country currently, you would appreciate what the Ghanaian electorates would want to hear from the politicians in 2024.

Many parents after paying so much to see their children through technical, vocational and tertiary education, have had to still buy food for their graduate children. Therefore, the Ghanaian parents and their children would want to hear from the politicians how the unemployment problem would be solved.

The NPP, would therefore need a presidential candidate with a pro-electorates vision and message that present realistic hope to the ordinary men and women on the street. The young man or lady who has completed school but is unemployed and hungry out there needs job to do so that he or she can earn income to buy food for him or herself and the family and also pay taxes to the government for economic and social investments.

Yes, it is good to think of how to increase government tax revenue through digitalization. But, it's super good to think of providing jobs for the people through industrialization. No matter how you look at it, jobs creation holds the key to any other door in the house of development.

For example, with expanded industrial sector, the agriculture sector would be compelled to expand its production to meet the increased demand for raw materials to feed the industries. That means more hands would be needed in that sector, which would also mean regular income in the pockets of once unemployed persons.

With income in their pockets, people would now have the ability to buy more from the various sectors of the economy and pay both direct and indirect taxes to government for economic and social investments. So, you see that the cycle or process of economic development doesn’t start with increase in government revenue; it starts with increase in employment. Until we get the basics right, we would be wondering in the field of economic development in circles chasing mirages.

You may not like Alan Kyerematen because of political pettiness and selfishness, but what he represents in terms of vision and passion relative to investments and jobs creation, is unimaginably far-reaching and enormous. His 1D1F vision for Ghana and AfCFTA vision for the whole of Africa are simply unparalleled! People of his caliber are rare to come across in the continent of Africa.

Beside, with his international exposure to and connections in the global business community, he stands the better chance to attract significant investments into the country. Again, to have someone who once served as a trade advisor at the United Nations Economic Commission for Africa in Addis Ababa, Ethiopia and also coordinated the African Trade Policy Centre, to lead our country in this era of AfCFTA, is the best thing that can happen to this country.

No wonder, in 1994, he was rightly tipped by the Time Magazine as one of the few outstanding Global Leaders for the New Millennium, alongside the likes of Bill Gates and J. F. Kennedy Jnr of the USA.

Unlike industrialization, which is a direct pro-people policy, digitalization is seen to be a pro-government policy that is aimed primarily to increase government tax revenue and, as a result, cannot be a good campaign message. Don’t get me wrong, I am not saying digitalization in itself is not a good thing. I am only looking at it from political strategy point of view. Naturally, people don’t like paying taxes. So, those who are championing it as a potential campaign message must be careful.

There are a lot of hungry people out there we need to convince to get their votes. What are we going to tell them? Digitalization to increase government revenue or industrialization to create jobs for them. With what is currently happening in the country, job security, would undoubtedly be the priority of the Ghanaian electorates relative to their expectations.

Therefore, if there is a message that needs to be presented to them, that message must be “ Jobs for the people, cash for the people”. And who else can be the perfect messenger to carry this all-important message to the teeming unemployed youth in the country in particular apart from Alan Kyerematen!