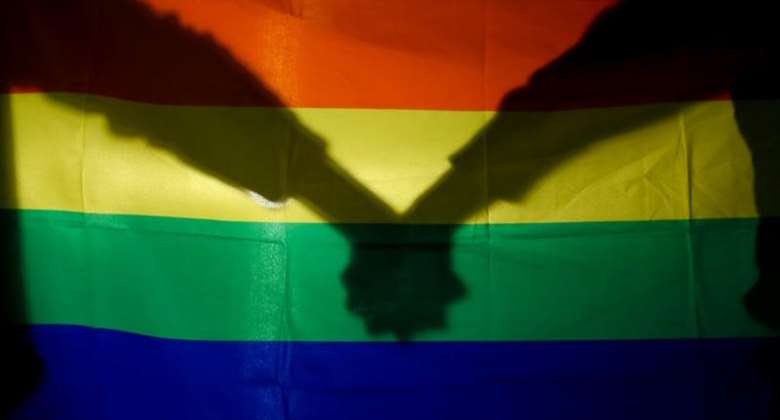 A group calling itself Youth Against Homosexuality have condemned calls to decriminalize homosexuality in Ghana.

This comes amidst heightened discussions of LGBT, with the recent introduction of a legislation against the activities of LGBTI persons in Ghana, the Anti-LGBT Bill currently before Parliament.

As the calls for Parliament to move quickly to pass the bill heightens, the international community have condemned the attacks on the minority group, with recent solidarity messages from the US Ambassador to Ghana.

But the group claims they have been keenly monitoring the discussions in the media, and are worried that the international community is more interested in LGBT activities instead of the pertinent issues facing the youth of the country including unemployment and poor development.

The group also sent a strong message to the international community that, in as much as Ghanaians are hospitable, no foreigner will be allowed to take the goodwill of Ghanaians for granted.

“We strongly stand by the criminal code 1960,Act 29, which criminalizes unnatural carnal knowledge," the group stated.

The LGBT community in Ghana has come under strong attacks in recent years, following wild discussions on both social media and the media regarding their rights.

KINTAMPO, The Youth Against Homosexuality ( YAH) is a group that seeks to uphold good Traditional Ghanaian Values.

YAH has been paying close attention to the discussion in the print and broadcast media regarding the increasing pressure on the Government to legalise Homosexuality and protect Homosexuals in Ghana with some individuals and international organizations condemning the Ghana Police for closing down the LGBTQI office in Accra.

In as much, as we serve every foreigner who walks through our doors with genuine Hospitality, we will not allow any foreigner to take our Goodwill for granted.

Instead of the International organizations coming out with practical Social intervention programs to help deal with the numerous issues affecting Ghanaians Including, Unemployment, and environmental destruction, Reports are flying virtually every day in the media, pressuring Government to protect Homosexuals.

We strongly stand by the Criminal Code 1960, Act 29, Which criminalizes "Unnatural Carnal Knowledge"

We the Youth are the future of this country (Ghana) and we will resist any negative influence from the East, South, West, and North.

Gov’t to set up 5-member committee to lead extensive stakeho...
58 minutes ago