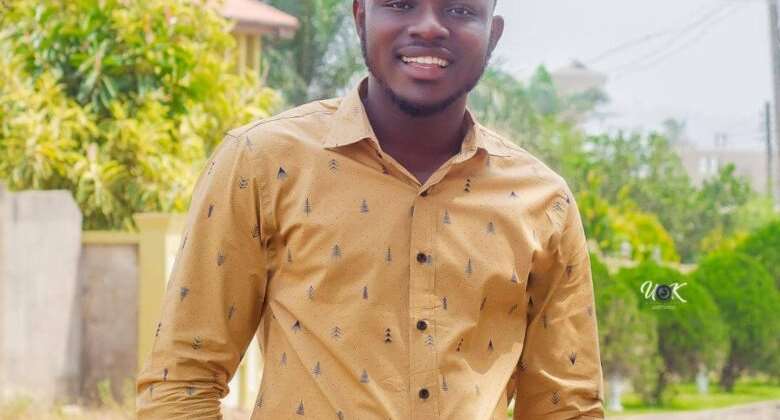 One Mr.Emmanuel Abankwah, an anti-LGBT activist has made a strange request asking the president, Nana Akufo Addo to veto the Anti-LGBTI bill into law.

According to him, this will bring finality to the long debate and delay in the passage of the bill. He said this when he was sharing his views with reporters in the eastern region regarding the actions and speech of the US ambassador to Ghana.

In his view, Mr Abankwah says he is disappointed in the US embassy for throwing their support behind the LGBT community in Ghana.

It will be recalled that on Tuesday, 27th July 2021, the US embassy in Ghana held a ceremony to mark Pride Month. During the ceremony, the Pride flag was flown, and a speech was delivered by the US ambassador to Ghana Stephanie S. Sullivan, in solidarity with the LGBTI community in Ghana.

According to the ambassador, the United States is an ally to the LGBTI community, who have been in closed door talks with authorities against the persecution of LGBTI persons in the country.

She further decried the current move by some members of parliament, and parliament in general to criminalize LGBTI activities, which in her view is anti-human right.

However, the ambassador’s statement did not go down well with the anti-LGBTI activist, who accused the US of forcing their culture on Ghanaians.

This is why he believes that the president must, as a matter of urgency, veto the LGBTI bill into law, to bring an end to the debate.

It is worthwhile to note that, while the president has a number of veto powers, he may not be able to veto certain bills into law unless they pass through parliament. Constitutionally, parliament has the power to make laws, and the President must assent the law at the final stage of the process. The President can however, not override the powers of parliament, and use his discretion to push bills through to become law.

Anti-LGBTI campaigns and discussions have become very topical in recent years, especially from 2011, when the late Professor Mills refused to accept a proposal from the UK prime minister to grant Gay rights despite aid threats.

The conversation keeps popping up since then, and the activities of LGBTI and their visibility has also increased with time.

In 2018, the Africa Center for international Law and Accountability conducted a national survey and found that Ghanaians were more concerned about LGBQIA issues than they are about corruption and bad roads, major economic problems the country is facing.

This gives weight to the discussion, suggesting that Ghanaians are more concerned about Moral issues than they are about economic and development issues which directly affect their lives.

The current bill in parliament seeks to criminalize the activities of LGBTI in Ghana, thereby closing all possible debates and negotiations about the matter.