A Letter To My Enterochromaffin Cells 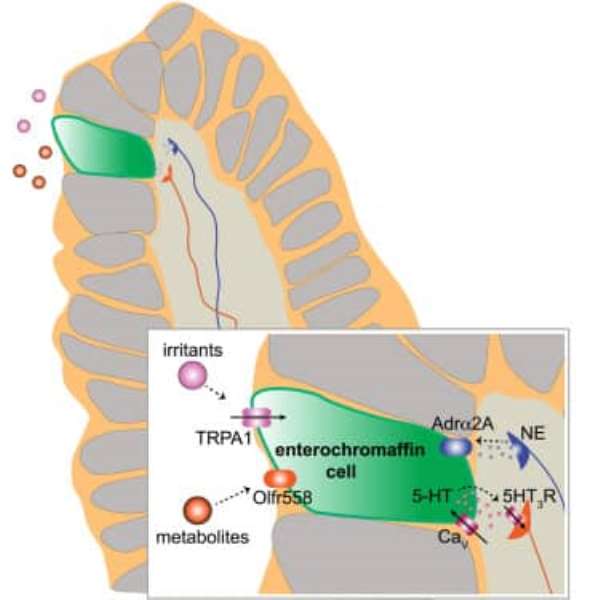 It’s me, Ezzideen, the bearer of the gastrointestinal tract in which you reside. With a grieving heart, I write to you this letter, fully aware of the fact that you don’t have the capabilities to read [and write]. So, I don’t expect you to either read or reply me. That notwithstanding, kindly indulge me for a moment to offload all the purgatories your inactions have caused me over the past few weeks. If nothing at all, I’ll find solace in that.

When God, The Omniscient, created me, He knew from the get-go that as a human, I am prone to being jaded or worn-out after a long day’s work. Therefore, He thought of giving me something that would revitalize me when I am tired.

Given the above, He gave you a place of shelter in my GIT not for the fun of it, but for you to produce enough serotonin - or, if you like, 5-hydroxytryptamine - which would, inter alia, regulate my sleep-wakefulness cycle. In plain words, you are supposed to produce that which would, directly or indirectly, put me to sleep.

However, judging from the fact that over the past few weeks I struggle before I’m able to sleep after a laborious day, I am beginning to think that you are not executing your functions well. It looks like you are regulating my wakefulness and dysregulating my sleepiness.

But, before I launch an attack on you, let me ask you some questions. If you provide me with convincing answers, I will not hesitate to bow my head down in shame, simply on account that I have hastened to judge you based on mere preemption.

The questions are as follows:

Is it that I am not taking enough tryptophan-rich foods to provide you with the substrate to make enough serotonin? Or is that the enzymes tryptophan hydroxylase and non-specific decarboxylases are failing to catalyze the reactions that would lead to the production of serotonin by you? Or is it the cells of my Central Nervous System (hypothalamus and midbrain) that are unable to take up the serotonin you produce? Or is it the M-receptors in my nervous tissue cells that are not functioning well enough to transduce the signals the serotonin you produce sends them? Or has morphine, atropine or cocaine blocked those receptors, or by any antagonist like an ergotamine?

I have a lot more questions to ask; but, let me hold on for a while until you answer the afore listed ones, which I know is a remote possibility.

While I wait for a response that would never come, I am planning on writing to mast cells and basophils, too. They also seem to be downregulating my sleep, indirectly. So, if you happen to chance upon them, relay my message to them.