Police killing of Blacks in the USA is 'GENOCIDE' 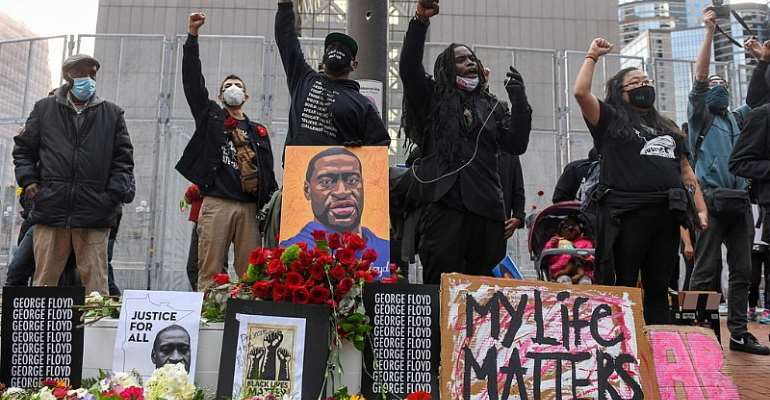 When will this cruel attitude towards Black race stop? The killing of Black people in the westernised countries seems to have the backing of the law. Every now and then a ‘Black person is used as the sacrificial ram'. They are slaughtered to pacify their souls, gods, and spirits.

Being Black in a world that was supposed to have contained only white people as of the opinion of some people has warranted the execution of Black one after the other. This attitude exhibited by some police officers in the U.S.A. is a complete genocide.

Although this act of killing Black people has been in “the silent constitution of the U.S.A. and that of the police department,” it seems over these few years, that these laws have been highlighted.

However, there is always someone, a genius who always rises up against the silent constitution that allows the killing of Black people.

Martin Luther King Jr is one great man, a good spirit who stood and fought for Blacks' freedom outside the black continent.

Just as every generation comes with its own different people, so in this generation, there have arrived wicked fellows with George Floyd as the saviour.

The killing of Blacks and in particular the killing of George Floyd brought about the Black movement, 'Black Lives Matter, (BLM). Everyone living in this world at this moment is aware of the quantum of the spark of this movement on the U.S.A. 2020 election.

The movement, BLM as led by George Floyd (spiritually) was significant and drew the attention of some world leaders to consider the ‘care for neighbour’ as a virtue. Nonetheless, the formation of the movement and the shake of the world resulting from the movement seem nothing to those police officers who have decided to be the butchers for the ‘pacification'.

There is the killing of a Black person almost every time. This nonsense and cruel attitude must stop. Despite the fact that there is an ongoing trial for George Floyd's death, here comes the sound of another gunshot on the street of U.S.

Today, the Black race mourns the death of Daunte Wright. Not only this young and vibrant Black man has been shot dead in the U.S. but more. It is a complete genocide. Black people must respond to this!

Blacks, whether residing on the black continent or on a white continent must have a United front, strong and focused to fight this new form of genocide that is creeping into the world. Should you have spoken now, Blacks would have been part of this planet: the earlier you speak the better.