Ndc: Cadres, And The Emerging Bruhaha; Na Who Caus Am? Fraternal/'seurternal' Scribble To Members Of My Party 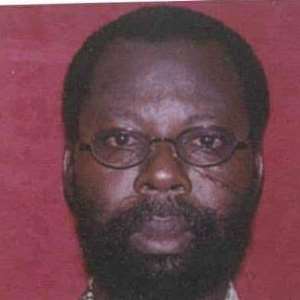 Dear Leadership and Members of the NDC,

"There are seeds of self-destruction in all of us that will bear only [fruits of] unhappiness if allowed to grow." Dorothea Brande.

I have chosen to open my mental outpour with the above quote on which you'd have fore concluded my drift. Before the press conference two days ago by a so-called group known as "Cadres for Accountable Leadership, similar entities emerged sometime back, tattering the Cadre fraternity by identifying themselves as such. They are NOT strange developments in the least. The party incubated and hatched them thus, 'wa la keh faaba, som mu weh' (forgive my corrupt Fante).

Yes, we reap what we sew! And that is what the Party is reaping now. After having struggled to give birth to the Party, Cadres were seen as a potential danger to some self-seeking individual interests. They tried exorcising us from the family when they succeeded in taking us out from the Party's Constitution as a legitimate organ of it. That was the beginning of the 'scattering and sharing of the flesh of the Cadre corps.

Some of you at the upper leadership levels have played no mean roles of bringing us to the current destruction that is going on, including some greedy personalities within the Cadre corps who carry themselves as senior ones.

We did not have an entity of Cadres until the United Cadre's Front was formed in 2009. Soon after that the evil ones within the NDC sowed a seed of discord who succeeded in tearing us up to the East Legon and Kuku-Hill UCFs. The Party leadership were equally divided as to the group to deal with/ownership.

Efforts were later made to bring us together as a family. Comrades; Sam Garba, Kofi Portuphy, Dan Abudakpi and a few others initiated what was christened "Unity Talks". The meetings were hosted at the Conference Hall of the GET-Fund. We had equal representations from both Kuku-Hill and East Legon. Two Constitutions from both sides were merged and worked on which culminated to a single working document for all cadres under the United Cadre's Front of Ghana. The final meeting of the Front was hosted by Comrade Antwi Boasiako-Sekyere at the Eastern Regional Residency when he was then Regional Minister, in December 2015.

It was in that congregation that an Interim Management Committee (IMC) emerged with a five member representation from each of the groups' chairmen, becoming co-Chairmen i.e Comrades; Kofi Aikins and Shine Gaveh. A press conference was convened by Comrade Boasiako-Sekyere to that effect. The mandate of the of the IMC was to see to the convening of District, Regional and National Delegates Congresses to elect substantive Officers of the United Cadre's Front of Ghana. That of the District's and Regions have been successful.

Try as much as the IMC did to secure funding for the National one always hit a snag. So, whilst the IMC could NOT get funding, it was amazing, that a major personality who facilitated the Unity Talks, could secure funding from the Friedrich Ebert Stutfung Foundation to organize conferences for two/half's of the country i.e Kumasi and Tamale. The conference was organized in the name of "CADRES and NDC ACTIVISTS (whatever that means).

It must be made clear here, that immediately after we lost the elections, some meetings were held in the late Founder's office which was patronized by one of our co-Chairmen, Kofi Aikins, who later notified us (l am a member of the IMC) about the the group. We officially warned him in one of our IMC meetings to come out of it, or desist using the name of the IMC, and gave him the option to choose between the IMC and that group. He did NOT give us his choice but was attending the group's activities so we chose his 'choice' for him by taking him off the IMC. The Party, the two former Presidents at the time were duly written to in that regard.

However, our notifications were duly disregarded by all.

Now, I am doing this in my individual capacity as a cadre, and NOT as a member of the IMC. And I am doing this with pain due to the lack of full recognition the NDC FAILED TO ACCORD THE UNITED CADRES' FRONT

Of GHANA. If that had been done and the UCF-GHANA captured in the Party's Constitution as the only recognized Cadres organ, what the Party is going through would NOT have occasioned.

Let me state, though without the authorization of my fellow members of the IMC, that are tired at staying on as such. We are more than anxious to seek funding to facilitate putting in place, structures and hand over to a substantive and legitimately elected executive to take over.

Comrades, I CANNOT conclude this epistle without taking Comrade Antwi Boasiako-Sekyere and his likes who used the name of Cadres to secure funding for the so-called Cadres' Conferences. The money they secured could have been used to liaise with the IMC to put the structures in place to make the Cadre fraternity in the NDC formidable. This, they WICKEDLY failed, and the NDC, former Presidents and all those who schemed to wish to make the UCF-GHANA fail, must all be ashamed. You now have "Gallant Cadres of NDC and Cadres for Accountable Leadership which has added up to the Cadres and NDC Activists, all on the heels of the United Cadre's Front of Ghana. They are now giving ultimatums? My humble appeal to the country wide members of the United Cadre's Front of Ghana, is that we stay focused, and ignore the emerging surrogates of the NPP who have deep roots in the NDC, and are hell-bent in scattered the Party. And this is where true Cadres must NOT be hoodwinked into the moving vehicle of self-destruction that's being driven by our own. DON'T TRUST THEM. In conclusion l say: "Pride is pride not because it hates being wrong, but because it hates being corrected. To hate being wrong is to change your opinion when you are wrong: whereas pride, even when proven wrong, decides to go on doing wrong." Chris Jami, in his Hilology.