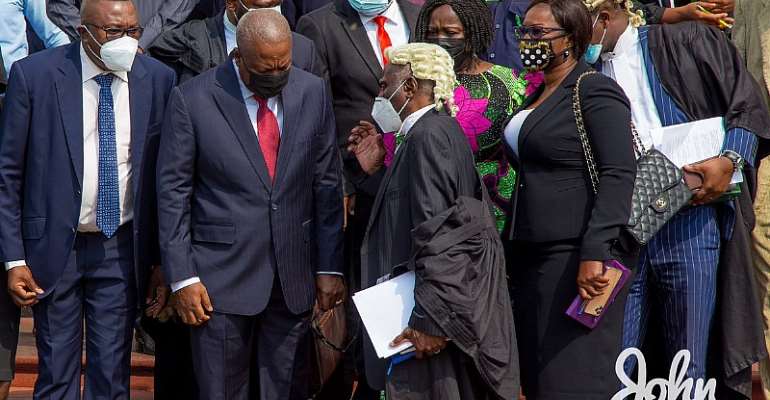 Director in charge of Legal Affairs for the National Democratic Congress (NDC) Abraham Amaliba has dismissed reports making rounds that the petitioner in the just-judged election petition will seek a review on the judgement.

The Supreme Court on Thursday, March 4 unanimously dismissed all the six reliefs sought by John Dramani Mahama with the reason that he did not table enough evidence.

The judgement was read by President of the Court Kwasi Anin-Yeboah, who said the petition was without merit.

In his reaction, Mr Mahama expressed disagreement with the judgement, saying the processes were flawed and the Chair of First Respondent Electoral Commission, Ghana (EC), Jean Mensa, was shielded by the justices.

“Much as I am aware that we are legally bound by the decision of the highest court of the land, the Supreme Court of Ghana, I disagree with the process of the trial and the ruling of the court,” he told journalists on Thursday.

There were reports that he was going to seek a review of the judgement sooner or later as he stated that “at the appropriate time, the legal team will come out with detailed comments on the judgement”.

But speaking on 3FM’s Sunrise on Friday, March 5, Mr Amaliba said the legal team has not even been served with the judgement yet for members to decide on a review.

“You cannot go for a review without the whole benefit of the judgement,” he told host Alfred Ocansey.