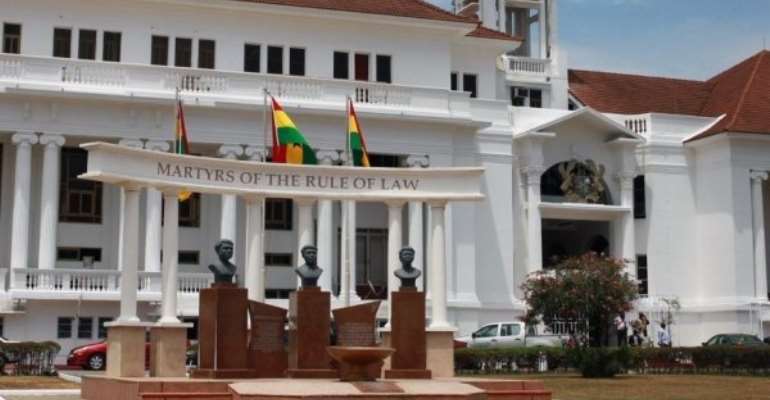 The leadership of the ruling New Patriotic Party (NPP) and National Democratic Congress (NDC), has committed to preserve the peace in the country after the Supreme Court's ruling on the 2020 Election Petition.

They have resolved to ensure that supporters of both political parties exercise restraint and desist from any provocative acts that could undermine law and order after the Court's verdict on Thursday, March 4,2021.

The commitments were reached at the Third Consultative Meeting organised by the Ministry of National Security on Thursday, February 25, 2021.

The meeting was chaired by Chief of Staff, Madam Akosua Frema Osei-Opare, with 30 personalities in attendance.

The NPP was represented by its National Chairman, Mr Freddie Blay, and General Secretary of the NPP, Mr John Boadu.

A communique signed and issued by Information Minister-designate Kojo Oppong Nkrumah, on behalf of the Ministry of National Security, said the meeting reviewed the security during and after the 2020 Election and other related matters.

The statement said the participants at the meeting reviewed the security arrangements put in place for the 2020 Election and expressed divergent concerns about the events that characterised the collation and declaration of the election results.

“They called on the Ghana Police Service to improve upon the policing of election materials in future elections.

Regarding the ongoing election petition, all the parties committed to the need to preserve the peace in the aftermath of the verdict by urging their supporters to exercise restraint and desist from any provocative acts that could undermine law and order.

They unreservedly condemned the secessionist activities of the Western Togoland Restoration Front (WTRF)and committed themselves to the maintenance of the territorial integrity of the country.

“The parties embraced the need to continue the political and security dialogue in the best interest of the country," it said.