Swiss Media: Was It Racism, Sexism, Ageism – Or All Three? 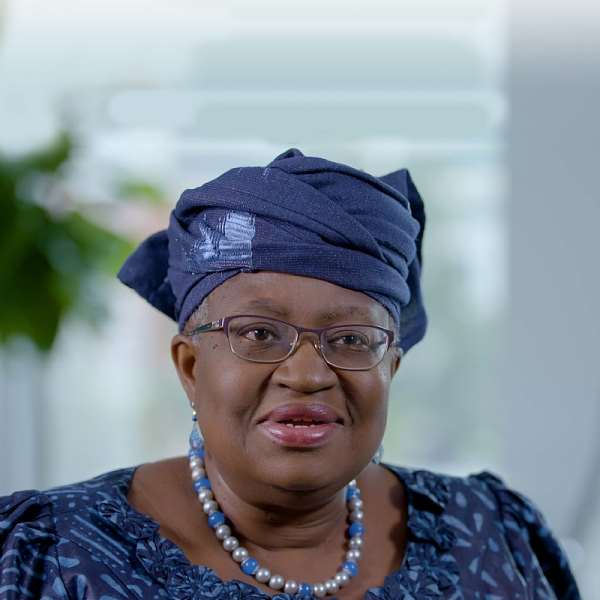 At long last, on February 15, the long awaited, historic announcement came from the World Trade Organisation: “The General Council agreed by consensus to select NgoziOkonjo-Iweala of Nigeria as the seventh Director General.”

Dr.Okonjo-Iweala, is the first woman and the first African to be appointed to that position.

On March 1, she begins her four-year, renewable tenure in Geneva, Switzerland, with the organisation which deals with global rules of trade between nations.

Dr.Okonjo-Iweala is a global finance expert, an economist and international development professional with over 30 years of experience working in Asia, Africa, Europe, Latin America and North America.

She sits on the Boards of Standard Chartered PLC and Twitter Inc. She is a skilled negotiator and has brokered numerous agreements. Previously, Dr. Okonjo-Iweala twice served as Nigeria’s Finance Minister (2003-2006 and 2011-2015) and briefly acted as Foreign Minister in 2006.

She had a 25-year career at the World Bank as a development economist, rising to the No. 2 position of Managing Director, Operations.

She has closely followed developments at the WTO, as she believes that a strengthened multilateral trading system is in the interests of all countries, particularly least developed and African countries.

As a Managing Director of the World Bank, she had oversight responsibility for the World Bank’s $81 billion operational portfolio in Africa, South Asia, Europe and Central Asia.

She has received honorary degrees from 15 universities worldwide.

The biography concludes: Dr. Okonjo-Iweala is married to neurosurgeon Dr. IkembaIweala. They have four children and three grandchildren.

The selection of a new D-G, followed the resignation of the incumbent, Mr. Roberto Azevedo, a Brazilian. Reportedly, the appointment delayed because President Donald Trump had opposed the Nigerian's candidacy. However, newly-elected US President Joe Biden “dropped the US objection and announced instead that Washington extends its 'strong support' for Dr. Okonjo-Iweala.”

As expected, the WTO announcement generated headlines across the world although, surprisingly, in Switzerland there was some controversy. The following internet message forwarded to me by a friend, a posting by an obviously infuriated person, a Linda Klare-Repnik of Bath, UK, reads:

“Gender discrimination and racism: Swiss newspaper headlines the nomination of NgoziOkonjo-Iweala for WTO Director General as 'This Grandmother will become the new boss of WTO' (emphasis added).

“If it had been a white man, the title would have been along the lines of 'Harvard Economist, ex-World Bank Managing Director and ex-Minister of Finance …'

“After a storm of outrage, they changed the online version to: 'This 66-year-old Nigerian will head WTO.' Still not giving adequate credit. What a shame!” Ms. Klare-Repnik concludes.

My bemused friend, too, asked: “A person this accomplished only deserves to be described as 'grandmother'?

Was the headline not a scornful dismissal of the appointment? Or was it just laziness on the part of the editor, latching on to the last two words of Dr. Okonjo-Iweala biography, “three grandchildren”, to compose such a preposterous headline for this news of global importance? Even if they had never heard of her, they could easily have checked her background.

What makes it all the more inexcusable is that it is Swiss media, whose country hosts the WTO, which are guilty of this patronising, inappropriate headline. Seemingly, to them being a grandmother was her most impressive achievement!

Even after the backlash, as noted by Ms. Klare-Repnik, the revised headline was no better: “This 66-year-old Nigerian will head WTO.”

Was she appointed to head the WTO because of her age or nationality? Why did they so conspicuously choose to ignore her accomplishments? Was it due to racism, sexism, ageism – or all of the above?

Anyway, it was no surprise to learn that President Trump had obstructed the appointment.

Yet, curiously and ironically, when the 2020 election turned out to be a nightmare for him, as widely circulated on the internet, it was 'African angels' who were supposedly coming to his rescue!

One recalls the video of President Trump's 'spiritual advisor', Paula White, leading a fervent prayer session to secure Trump’s re-election. She was heard saying, “I hear a sound of victory. The Lord says it is done.” She added, memorably: “Angels have been dispatched from Africa right now. They’re coming here, in the name of Jesus.”

Perhaps the African angels didn't feel they could respond to the SOS for Donald Trump; and the rest, as the saying goes, is history.

Probably the African angels were protesting, among other Trump racist actions and inactions, his decision to thwart an innovative tribute to an outstanding black person. President Obama had proposed to put the image of famous escaped slave and abolitionist Harriet Tubman on the $20 note, but President Trump frustrated the move.

Update: President Biden has reportedly given assurance that steps have already resumed to put the face of Mrs. Tubman (1820 – March 10, 1913) on the currency note.

Significantly, it appears that ex-President Trump is not the only Trump with racist tendencies. Apparently, his wife, Melania, has the same mentality – if not worse.

In a book published last year by Stephanie Wolkoff, 'Melania and Me: The Rise and Fall of My Friendship with the First Lady', the author alleges that Mrs. Trump insisted that the toilets used by President Barack Obama’s family should be replaced with new ones before she would move into the White House.

Thank God for the Linda Klare-Repniks; thank God the WTO Council made the appointment. Especially, thank God that the current occupant of the White House, President Joe Biden, by his actions so far is demonstrating belief in humaneness, gender sensitivity, inclusiveness and racial harmony.