Media freedom in chains in Ghana 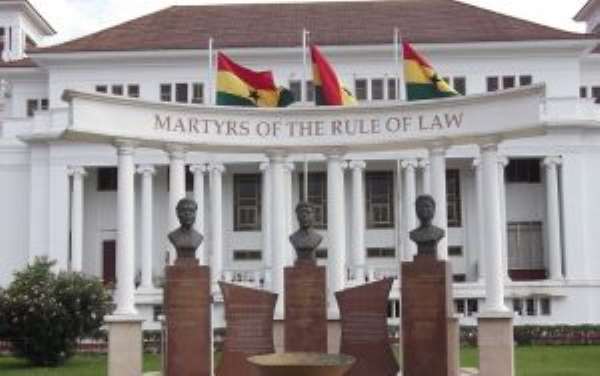 The Judicial Service threatens to suppress press freedom by their threat letter, but ‘they lie bad'!

The Judicial Service of Ghana has released a letter threatening media freedom and media practices in Ghana.

To the Judicial service, the media have published certain stories which have attacked the judiciary. Most especially, the Judicial service letter stated that some of these attacks have been directed to the Judges hearing the 2020 Election Petition. ‘They have released a threat letter to the media. However, there is a lot to their threats.’

3.Their threats insinuate, that very soon there is only going to be in operation only National Press in operation. What this means is, as we have seen done in other countries where media freedom has been suppressed, government can then control what they say. And this they seem to envisage for Ghana.

Is a judge above criticism? The president of GJA in his response to those threats from the judiciary stated categorically that Judges are not immune against criticisms. Constructive criticism is accurate and not a threat to the addressees.

In your court of law, you have what you call ‘discretion’, you know what it means? It means your freedom to decide on something even when there are laws. And this right, you continue to exercise. You hereby having so much right as a judge want to use this your right to chain the Constitution of Ghana. “You lie bad!”

The media is here to check some of you in government offices who do not perform their task as they should. The media, and Ghanaians are not afraid of Judges but some of the attitudes of some of you Judges.

“Do not run away from criticisms, it is what makes you grow: you don’t grow when you don’t get criticized.” (Emmanuel Graham Nyameke 2015)

“It is the bitter pill that gets you healed, be quick and swallow without hesitation, you will soon get well!” (Graham Nyameke 2019)

The media will not by your threat letter sit aloof and watch society get corrupted.

Good luck in your jobs.