LGBTQI+ Remains A Threat To Society 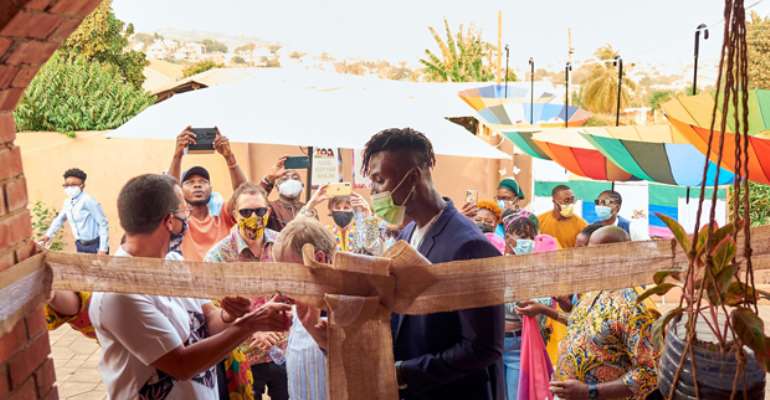 Introduction: Lesbianism, Gay, Transgender, Incest, Sex with animals and many more, are a threat to society and human growth. In this world, what seems to give momentary pleasure is what is craved for and endorsed without delay. Whatever challenges our humanity's uprightness, however, is rather what becomes a threat to us.

‘Hedonism at end of the day is what is moving many people in the world, rendering many, mindless', hence having reduced many people to only the appetitive level (doing things by feelings).

The world seems reduced to emotionalism. Negative sensitive feelings at the end of the day get their way into the laws of society. Some Laws are being formulated each day based on people’s sentiments instead of subjecting them to the judgement seat of reasoning. What is more painful is when someone who is capable of reasoning refuses to do so and settles for poor feelings made by others without questions. Many of such laws are received by some nations like a baby who opens wide his mouth to receive breakfast. I will want to believe that Ghana will not act like such countries. Countries that have accepted such human threats sometimes masquerade the good moral order of society, pretending to evaluate them by sitting on those matters in parliaments. Society must beware of its predators and careful to accept changes. To go further, we must consider some of these issues I consider to be threats to society or humanity.

Lesbianism: ‘The fusion of female-female fluid without a fertilized specimen but whereas immediate self-gratification seems to be arrived at.’ In layman’s terms, lesbianism is female-female fingering of selves, something that looks like sexual pleasure. Lesbians are the people who practice lesbianism. In most cases, these victims make use of artificial tools that look like real penis when in operation. I use 'Victims' in the sense that lesbians are suffering from a social canker; what I refer to as sexual deviation. In this deviation, there is, however, a husband and a wife. How on earth will a woman serve as a wife not to a man but to another woman? It is totally absurd! And how on earth should two women who feel to stay together as wife and wife should be given the opportunity to adopt children? But all these seem to work because there are emotional persons who based on their emotional needs have enacted emotional laws. The victims however, are allowed to adopt children. Whose child is adopted, that one is left unanswered.

Gays: The fusion of male-male gametes through the anus without a fertilized specimen but whereas immediate self-gratification seem to be arrived at.’

In this particular act, there is the insertion of penis into either's anus. Some victims seem to play the role as a wife and another as a husband. We turn to forget that in the upbringing of children, it takes a mother and a father to do so. Some psychological theories affirm this when the various theories states that the psychological formation of a child comes by two parents-father and mother. The family is not two people who agree to stay together legally and cater for children. The family is an institution beyond that. It is not just a matter of two people legally married by consent but by two from the opposite sex agreeing to go into marriage for the purpose of procreation and good companionship.

Transgender: This simply means 'changing one’s gender'. In this instance, a male individual may out of feelings want to be a woman and this is done clinically. A woman may also out of her abundance of feelings may one day wake up and want to be a man.

Although transgender has been arrived at, a person basically is either male or a female. You are either born male or female. In some exceptional cases, some are born with both genitals of the male and the female. Even in such cases, one part of the sexes dominates the other, hence, an indication of the basic gender that individual falls under. A male is a male and even when changed clinically to become a female will forever remain a male. This is because the soul in every individual remains intact and does not change.

The Soul: I do not want to go into the philosophical and the theological meaning of what a soul is. For a basic understanding sake, a soul is the incorruptible part of the human being, that which lives on. This is what some philosophers refer to as 'spirit'.

Thus, when one chooses base on his or her feelings to change from being a male to being a female, the soul in such individual remains untouched and is in its natural state. Therefore, anyone who has changed his gender from one to the other still remains what he or she used to be initially.

‘Male-to-Female: A man who has become a woman clinically, having the features a woman has naturally, still remains a man with all the artificial woman features.’ The ‘man-woman' physically looking will have breasts, ass, vagina and hips, but will remain a man basically. It is the same in the case of a 'woman-man' with penis will remain a female. This is because their souls/spirits remain male and female, unadulterated. It is society and humanity which is at risk.

LGBTQI+ is a threat to humanity. Humanity in general is in danger. The continuity of society is also in danger. Human resources are gotten as a result of procreation which remains a function of the union between a male and a female. If the world which is desperate for everything continues to accept such deviations as right and tries to enforce them through the enacting of laws, then society must think of a world occupied by robots. For it is human beings that society relies on to develop. Even the robots have to be made by human beings.

These acts also violate human rights. Every human being has as a fundamental right and duty to protect the dignity of the human race, in its unique natural state. It must be placed on record, that the many deviations society is witnessing today cannot be put under evolution. It is an illusion! May be, men think that by doing some of these things, they are accomplishing the Ubermensch Nietzsche spoke about. Rather it is a stupid human adventure they are undertaking. It is rather a degradation of the human race, and turning into a real animal.

As a conclusion, LGBTQI+ will forever remain a threat to society and humanity. It is a race some human beings are going with animals. It is a clear indication that human beings what to behave like animals. The world is witnessing strange things; 'the want to be anything animal'.

All these nonsenses are as a result of Hedonism, pleasure. Out of pleasure, Herod had to kill John the Baptist, I envisage that in thirty years, the world in its quest to please the body will allow the use of cocaine. Let us learn to practice mortification. It is not a punishment; it is one type of exercising the body.