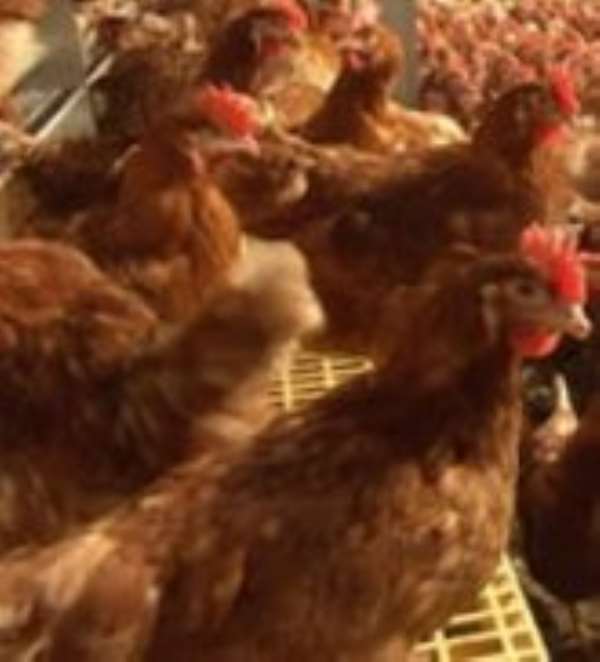 World Animal protection while hosting a webinar has raised concern on the sustainability of the African poultry production, especially with the influx of battery cage systems that have been phased out in developed countries through enactment of policies and legislation.

Dr. Victor Yamo, Farming Campaigns Manager at World Animal Protection said, “A review of farm animal welfare policies of the major global food companies has shown that 87% of the companies acknowledge Farm Animal Welfare as being relevant to doing business, with 69% of them publishing farm animal welfare policies. These policies cover 8 critical farm animal welfare areas including the elimination of close confinement such as battery cage systems. The review further showered that 78% of the companies had policies for elimination of close confinement with 84% applying same policies to all geographical locations in which they operate. It is therefore critical that the African production system evolves with the rest of the world if it is to remain competitive.”

The African poultry industry has been requested not to rush into adopting systems that have been banned in other parts of the world especially if they are targeting to supply the global brands that are setting up operations in the continent. The webinar highlighted global commitment to stop utilizing eggs from cage production systems within the supply chains of Carrefour, Nestle, Unilever and Radison Hotel by 2025.

Although it is noted that the cage system has several perceived advantages, it also has serious negative impact on the bird’s wellbeing. It does not provide adequate physical and psychological space to enable birds exhibit their natural behavior such as dust bathing, perching, foraging and nesting. Hens also suffer from bone weakness due to the high levels of calcium depleted from their bodies to form high numbers of eggshells, and the restriction of the bird’s movement within the cage further exacerbates this problem. This leads to a higher incidence of weak bones and fractures among the caged birds. Lack of nesting opportunities for the bird also results in severe frustration when laying eggs. This leads to increased stress weakening the bird’s immune system, leading to outbreak of diseases.

The negative impact of the cage system on the birds has led to consumers demanding that the laying birds’ wellbeing, especially freedom to move around, flap their wings and exhibit their natural behaviours be provided for by the production systems. Global and local surveys have shown that consumers are increasingly getting concerned on the poor welfare of cage production systems and are beginning to demand that poultry value chain players resort to humane production systems with governments being asked to enact relevant Farm Animal Welfare policies and legislation to protect laying birds.

Dr. Yamo concluded by saying: “If you keenly monitor policies and legislations that are being enacted in the developed world, battery cage systems have no future. The African poultry industry needs to be careful not to be edged out of international poultry business. We must evolve with the rest of the world and should not allow dumping of production systems that have been rejected and banned elsewhere. Egg producers should protect their markets and livelihoods by ensuring they align to international standards and legislation. That way, laying hens will continue to enjoy their fundamental freedoms while the consumer will be assured of quality poultry products that meet international standards.”