Bobi Wine is Uganda's only hope for now 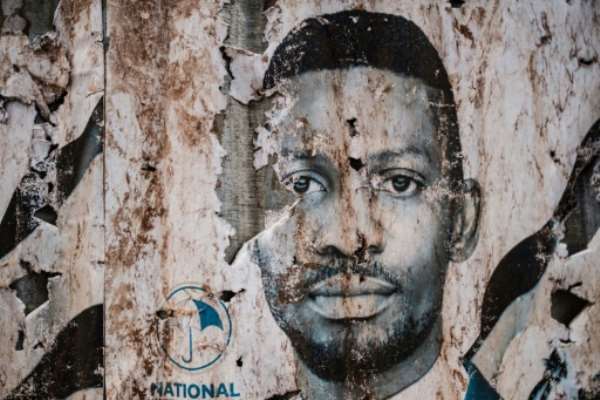 It will not be out of place to call President Yoweri Museveni a tyrant. He has been President of Uganda over three decades now, why is he not retiring for a fresher blood and a more energetic young man to handle the affairs of Uganda, while he stays back and offers useful advice? It is very obvious that he is now abusing power by arresting and killing innocent citizens arbitrarily. I will like to understand the psychology of the Ugandan people who still support Museveni’s reign.

Bobi Wine, a Member of Parliament who hitherto was a very successful musician thought it wise to use his musical voice to impact his society positively and he could only do that well by getting into politics and directly influencing major government policies and decisions that will inure to the benefit of the masses. He is one of the few young people in Africa who is trying his best to change the negative narrative about Africa. I think that it's imperative all Ugandans give him their support against this tyrant leader (Museveni) who has enjoyed power for far too long.

Why do you enslave me because you got me out of slavery, what difference does it really make? Yoweri Museveni who claimed to be a freedom fighter is now disturbing the freedom of ordinary people in Uganda. He is using his position as the President of Uganda to intimidate and humiliate people, especially Bobi Wine his main opponent. He has frustrated and tortured the life of that young man, simply because he (Bobi) wants to take over from him democratically. I want to believe that there are still many Ugandans who still support this tyrant, if not, it is easy to oust him from power either democratically or by brute force, since he is not seeing the need for his retirement after several years of mismanagement of the Ugandan economy. Who doesn't know Uganda is a poor country and is not the best of places to live in, in the world, all because of bad leadership.

African leaders who have taken political leadership as their birthright must repent and give chance to young people to also contribute their quota in the building of their countries. These old men must be godfathers who offer great advice to the youth who are serious about leadership and want the betterment of Africa and Bobi Wine is one of such wonderful youth. Julius Malema of South Africa is a great inspiration just like Nigerian activist Omoyele Sowore to the continent. We need vibrant youths like these guys to spur the development of Africa. The old men must give way for the young ones to take over leadership because it is their future that is at stake here, not the old people. The old ones shall soon die and leave the young ones to suffer the decisions they took on their behalf.

We all saw how Yoweri Museveni treated Bobi Wine over the two years the young man decided to contest for President of Uganda. He arrested him several times for no wrongdoing and use the police and military against him, his family and friends. He changed the constitution just to be able to contest elections again as a President. And Ugandans are watching him do whatever he likes with the country. Does he want to be President for life? What kind of old man is he? He has gotten everything there's to get with power, yet selfishly clinging to power, why are some African leaders so wicked and inconsiderate? And still claim they have Africa at heart. You're intimidating and killing those you're supposed to protect and still call yourself a leader?

My advice to Bobi Wine is that he shouldn’t give up on his dream to liberate his people. Museveni will not live forever and he (Bobi) shall take his rightful place in Uganda as a liberator and man of the people. I admire his courage and confidence to lead and impact lives positively. He shall be successful in his quest to lead his people to the promised land. He should keep fighting. We're behind him as youths of Africa who also want the progress of the continent. We must all as youths support young people who are striving hard to make impacts in the world.

Let's give a chance to those who put their lives on the line just to have a better Africa and people. President Yoweri Museveni should be ashamed of himself that at his age he still clings to power and would do anything possible to remain in power. Posterity shall judge him; let him know that nothing lasts forever.