Idahosa removed his covering over me, I had crisis until I apologised — Duncan Williams 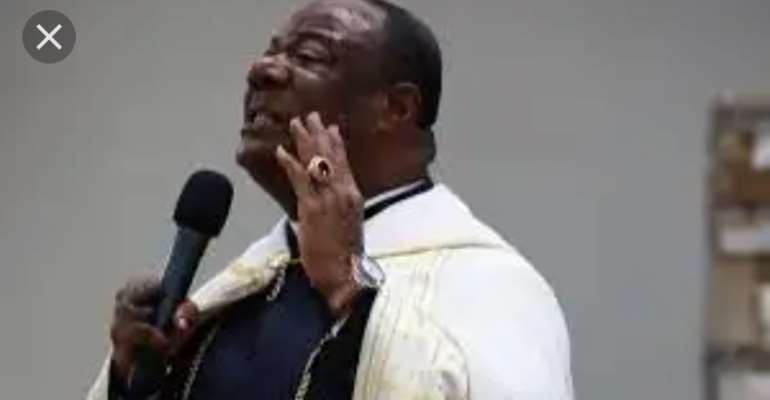 The Presiding Archbishop and General Overseer of the Action Chapel International (ACI) ministry, Nicholas Duncan-Williams who is popularly referred to as the 'Papa' has admonished his congregants to be very wary about offending their fathers.

When that happens, according to him, "they remove their covering over you, things would be very difficult for you and no amount of prayer may help you."

In one of his sermons he said President of Oral Roberts came to Ghana and had put his church in his news letter indicating that his (Duncan-Williams) church was one of Idahosa's Churches which wasn't but he (Idahosa) was his spiritual father.

"I was arrogant and young so I wrote to Oral Roberts to apologise to me because my church wasn't under Benson Idahosa," he stated.

He continued that "Oral Roberts sent the letter to Idahosa, so Idahosa sent for me and I said I was not coming".

He continued his narration that when that happened, Idahosa wrote him a letter telling him. "If you're not coming, then, you are on your own, I take my hands off you. That was when all my crisis begun. I prayed every prayer but it wouldn't work."

According to him, He asked about Idahosa's whereabout and later met him in London. "When I met him, I fell on my face, held his feet and I said mercy, mercy".

He added that he held Idahosa who prayed saying "Satan this is between me and my son, stay out of it".

Explaining further, he said it was after that prayer that things began to improve.

According to him, after that prayer, the Secrete Service told him that they had been instructed to pick him but anytime they tried something happened and they didn't know why. "It was then I remembered, that was the year I had conflict with Idahosa".

Cautioning his congregants, he said," if anyone decides to leave his church, that person should make sure the person he is going to is anointed more than their Bishop."

"I'm telling you, it wouldn't be well with you," he intimated.

Referencing from the Bible, the Presiding Bishop said, when Reuben sinned against Jacob, and Jacob cursed and disinherited him. When Moses was blessing all the children of Jacob, he blessed everybody but when it came to Reuben, he couldn't."

"But all Moses said was that Oh Lord, let not Reuben die and let not his men be few". The 'Papa' further expounded that, Moses was a son of Jacob and so He didn't have the spiritual authority to override the father's curse on Reuben".

He affirmed that even though Moses was very gifted, he was of a lower spiritual rank as compared to Jacob and as such didn't have the spiritual authority to overturn a curse as pronounced against Reuben by Jacob.

Nicholas Duncan-Williams concluded by saying, this is what the Church is missing today. "They follow sons' instead of fathers. Sons' don't give you the coat of many colours, is father that give Sons' don't cover, it is father who cover and sons' don't bless, it's fathers' who bless.

"If you want a blessing, stay with a father and don't follow a son and especially sons' who betray their fathers, you must never follow them. Such sons don't last and have short life span," he ended.

According to the Papa, such a curse can only be overturned by a more superior person.