Reloading the Nuremberg Doctor’s Trial to Free the World of Evolution Fanatics? 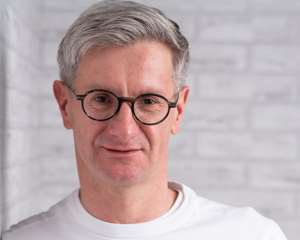 Believing the Nuremberg Doctor’s Trial put a historical end to eugenics (racial hygiene) and Übermensch breeding is one of the most commonly accepted myths. The trial was aimed at scientists rife with technical delusions, who murdered thousands in the name of social-Darwinism, New Agism, and Nazism. Punishing the murderers in the name of science merely took the perpetrators out of the game, but not their weapons – science and bankrollers.

“Thus even though it is quite true that any radical eugenic policy will be for many years politically and psychologically impossible, it will be important for UNESCO to see that the eugenic problem is examined with the greatest care, and that the public mind is informed of the issues at stake so that much that now is unthinkable may at least become thinkable.” These are not words from the mouth of a National Socilaist scientist on trial, but were spoken by Julian Huxley, the first UNESCO General Secretary. Given his views, the British biologist, philosopher, writer and Britain’s leading eugenicist would most likely have been sent to the gallows in Nuremberg. As it were, he spent his life applying his transhumanist convictions to his One world, one faith fetish. Suspiciously close to Ein Volk, ein Reich, ein Führer (One People, One Nation, One Leader), his work was most welcome, presiding in the highest spheres of British-American noblesse. As Dr. Paul Weindling mentioned in his 2012 study, Julian Huxley and the Continuity of Eugenics in Twentieth-century Britain[1], Huxley cooperated closely with the Rockefeller Foundation, a currently omnipresent charity in view of the Covid-19 pandemic and vaccination research. Even before World War II, the Rockefellers were eagerly financing eugenics programs.

Huxley’s to-do list was long[2]. He was joined by other respected intellectuals and celebrities such as the mathematician and philosopher Bertrand Russel as well as John Maynard Keynes. Like-minded, they rallied in spirit beneath the murderous banner of Thomas Malthus (1766-1823), a British economist who opted for murdering children instead of insisting adults create space for them[3]. They were convinced that biology and genetics would provide the breakthrough for their elitist evolutionary fanaticism. Evolution biologist Julian Huxley predicted that the Marxist approach to revolutionizing society was destined to fail as it lacked a “biological component.” A biological component generations of students have read about in his brother Aldous’ book, Brave New World. One can’t blame the intellectual Huxley Dynasty, their grandfather, Thomas Huxley was well-known as Darwin’s Bulldog in the second half of the 19th century. Was it the socially accepted opium of his day that inspired Grandfather Huxley to form society according to Darwin’s natural selection? Or did the half-blind visionary author Aldous indulge in LSD? History isn’t telling. Neither do we know why, over generations, they laid claim to Divine insight, obliging them to biologically optimize the human race. We can understand Julian’s concern for his family’s mental health, extrapolating to include all of humanity, as not only Darwinism but Malthus’ misanthropic population theory had most of the clan firmly in their grasp.

That genius and madness live side by side is no wonder, as after all, another Huxley brother, Sir Andrew, won the Nobel Prize for Medicine. What a happy coincidence that this enlightened biologist’s Hodgkin Huxley Model paved the way early on for the current Corona vaccination so vital to our existence. His mathematical model explains how dopamine-releasing neurons function as well as how the VMAT2 gene stores dopamine. Most recently, The Scientist[4] published a detailed report on the gene’s relevance to Covid-19 infections and possible neurological repercussions. For some scientists, the impacted VMAT2 gene is responsible for our faith in God, which is why it is also known as the God gene. Others take a more practical view, explaining the gene controls numerous semiochemicals in the brain that regulate our awareness, emotional experiences, imagination capacity, motivation, fear, self-confidence and more.

Principally, thanks to the brothers Julian and Andrew Huxley’s outstanding scientific achievements, all areas of the human brain can be over-stimulated or under-stimulated, depending on the desired results. Thus, biologically optimizing the human being of tomorrow accordingly. Either degenerated to retarded beasts of burden or spewing inspired ideas for Bill Gate’s new stuffed animal collection.

Apparently Aldous was the less talented of the brood, speaking in simple words of how reducing the oxygen supply to breadbox embryos produced a laborer caste of minimal intelligence. With such luminous brothers, there was little visionary juice left over for Aldous. Not a trace of criticism for those misanthropic ideas and the fervent search for genetic manipulation. Adhering to the population reduction fetishism of this bizarre dynasty, Aldous did manage to reel in one big one. In the sixties, he proposed that the issue of population control could be solved with medication. A truly inspired utopist, overshadowed by two Frankenstein breeders, predicted the Pill.

Imagine, of all people, the world’s elite, with generational dynastic dedication to population control, now come together to quickly concoct an anti-corona vaccine to protect human life. Looking at it this way, pseudo-scientific, Malthus-advocating, social-Darwinist misanthropy fuels the brotherly love devoted to saving the world from a new strain of flu.

Certainly, we must acquit Dr. Klaus Schwab, founder of the World Economic Forum, of any trace of ingenuity and originality. Despite an abundance of oxygen at the Davos transhumanism debates, the studied engineer parroted so many eugenicists that to hope biological meddling will enhance intelligence becomes completely understandable. If we were to take his word for it, then we are literally on the brink of a fourth industrial revolution with man, not machines to be optimized and, voilà, biological borders would dissolve. Given the abundance of pertinent Huxley, etc. literature, Schwab could have just as well spoken on environmental protection as his contribution was a waste of paper.

The same applies to Mr. Bill Gates when viewing the technical and social upheaval during and post-Corona. It begs the question, why is it, all at once, that this team of aristocrats, these citizens most concerned with population development, are the ones who want to apply their insights to rescuing us from a, in some cases, severe respiratory disease? It appears as if the vaccination intended to avert an already minimal mortality rate is just not enough for the revolutionaries. Just how can a vaccine intended to protect us from a respiratory disorder, albeit genetically optimized and bearing the potential for new life forms bred in an evolutionary sect’s think tanks, attain heaven on Earth? The logic is impossible to grasp. Unless, of course, the controlled virus-phobia offers a one-time historic opportunity to inoculate humanity, making us cough-less while genetically taking what is most valuable to us hoi polloi – our free will.

To ensure these New-Age evolution fetishists, these analysts, foundations and scientists do not genetically revoke human talent, art, culture, spirituality and cognitive freedom, they must be classified as a terrorist movement and judged as Nazi henchmen once were in Nuremberg. With one small difference: where once the accused filled a single bench, today they would fill a stadium.