What Has "Otani Gyimifoc" Have To Do With Agyapa Royalties Limited Transactions Anti-Corruption Assessment? 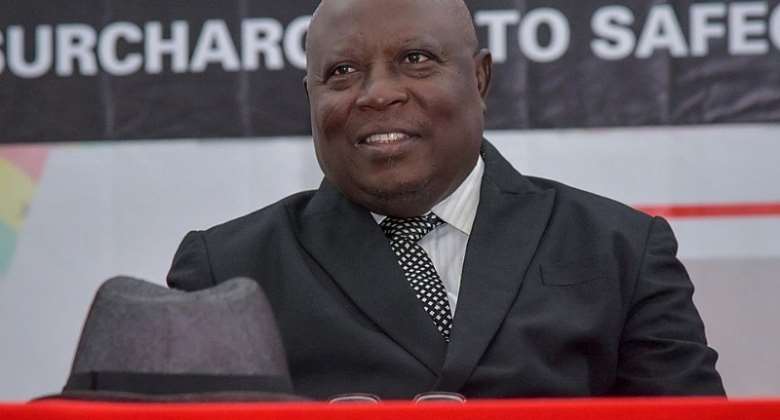 On Thursday, November I9th 2020, I received a telephone call on number 0500007614 which I did not pick the call to avoid receiving any verbal threats of harm to my person and particularly because the number was not on my contact list and was unknown to me. The caller then sent me an SMS at 7:40 PM stating that: "Otani gyimifoc". Then yesterday, 27th November 2020 at 3:37 p.m. the same fellow using the same phone number sent me a second SMS: "Foolish man... kwasea like that. Wo maame tw3m mu tw3m".

I showed the two SMS to a son who told me we could identify the fellow through an application on his phone. The true caller application identified the person as a Nana B. Consequently, at 11:04 p.m. I sent the owner of the phone registered on true called the following SMS:

''Nana B! Dombo, BK Adama, Tedam, Alhaji Ibn Sali, Bawumia, etc. are all otafor. I am very proud and thank God I am otani. My maame died long ago and her soul thanks your civil upbringing. This is your second threat to me and you must be ready to take responsibility for them. Good night with my regards." •

At 11:25 PM I received the following SMS in reply:

l hv neva threatened you Mr Amidu. What U did sort to undamyn e integrity of e Gov't. U haven' t given us any evidence of any wrongdoing. I wholly retract all unprintable words against u. Gudnyt."

It would appear that in an attempt to confirm the identity of the owner of the telephone number my son dialed the owner of the Sim card number again. The Nana B, who mistook it for a missed call just sent me the following message at 9:11 a.m. this morning, 28th November 2020 while I had almost finished composing this article:

"G m Sir. I missed ya call. Currently in class ifl can call later. Have a blessed day. I learnt dz monin U hv made available a response I wish I can hve it in my mail so I also read and abreast myself. Thank you [email protected] l.com."

It is important to bring this to public attention because it is inconsistent with the rights and freedoms guaranteed under I992 Constitution from discrimination and intimidation on grounds of ethnic origin of the people making up the Republic of Ghana. What has Agyapa Royalties Limited Transactions and my resignation on principled legal and constitutional grounds got to do with the fact that I come from the former Northern Territories (NT) of the British Protectorate of the Gold Coast.

Was Chief S. B. Dombo not the leader who led the NT at the 1956 plebiscite and parliamentary elections to vote to join the Gold Coast to become Ghana on 6th March 1957? Did the Northern Peoples' Party (NPP) not come to the National Assembly in 1957 with eleven (11) Members of Parliament while the United Party (UP) had only one (I) Member of Parliament - Dr. Kofi Abrefa Busia. Was it not my NT forebearers led by Chief S. B. Dombo who sacrificed their right to elect Chief S. B. Dombo as leader of the Opposition and threw their weight behind the UP to elect its single Member of Parliament as the leader of the Opposition in the National Assembly that was responsible for the survival of the UP and its tradition as a political party today?

I am a proud offspring of all those initial eleven (11) "Otafor" Members of Parliament who defend ed democracy in the infant Ghana. They were men of impeccable honour and integrity despite their Certificate A and B teacher training certificates because the British did not consider education worthy of the NT who were to be hewers of wood and drawers of water. I am an offspring of those gallant leaders of the NT which became an inseparable part of Ghana.

I am an "Otani" and a citizen of Ghana under the 1992 Constitution till I am buried in the bosom of my motherland. The internalized perception by some Ghanaians that people from the former NT who are full-blooded Ghanaians since 1957 are inferior citizens has been exposed by the sender of the SMS and his PUPPET MASTERS. By the way, Nana B, I have a wife from Ahafo Region whose family do not look down on any "Otani". Ask Hon. Albert Kan-Dapaah, the Minister for National Security, if you have any doubts.

God bless a united Ghana with one people, one nation with a common destiny. God bless our homeland Ghana and make our nation great and strong under the liberties guaranteed by the 1992 Constitution. Thank you, Nana B, for speaking for your PUPPET MASTERS through SMS to degenerate my "Otani" ethnic origin on account of my professionally conducted.