Solid Waste Treatment Facility To Be Built In North-East Region 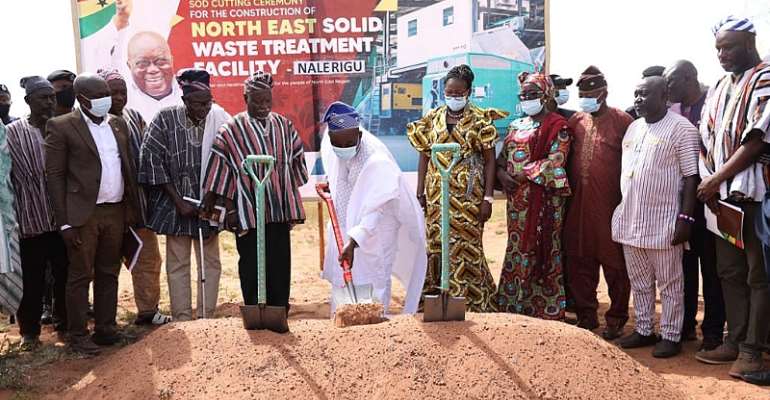 As part of the President's agenda to make Ghana the cleanest country in Africa, Management of Jospong Group of Companies and Regional minister of North East region, Hon. Solomon Namliit Boar held a sod-cutting of the solid waste treatment plant in the North East regional capital, Nalerigu in other to address sanitation issues in the region.

The North East Regional Minister Hon Solomon Namliit Boar who chaired the affairs of the colourful ceremony on behalf of the President Nana Addo Dankwa Akufo-Addo in his address praised the Jospong Group Of Companies and the sector Minister for Sanitation and Water Resources for their efforts in ensuring that Ghana became a leader in sanitation in the country.

The North-East Regional Minister Hon Solomon Namliit Boar, indicated that the production of the organic compost for horticultural purposes will be an added advantage to boost agricultural production and the government's flagship program of planting for food and jobs.

"Siting of such infrastructure comes with other accompanying benefits of social amenities such as good roads, potable water, and the extension of electricity which will help improve the local economy". Hon Boar added

"Processing of the fractions of the waste(paper, plastic, metal) for reuse as input materials will in the medium to long term, improve sanitation in the area, leading to an enhancement in the health status of the people".

Hon Boar also expressed the readiness by the Nana Addo Dankwa Akufo-Addo to help the private sector to flourish.

The Municipal Chief Executive for the East Mamprusi Municipal Assembly, Hon Danlandi Abdul-Nash in his welcome address expressed his sincere gratitude to the sanitation ministry and the Jospong Group of companies for the treatment facility.

Also in his address, the Municipal Chief Executive Officer Hon Isshaku Arimeyaw Somo said the facility is a game-changer which will help address the filth situation in the region.

This project will deliver affordable fertilizers to the farmers in the region and also reduce sanitation issues in the North East region.

Madam Florence Larbi, Chief Operating Officer Of The Environmental& Sanitation Group who also doubles as the Managing Director Of Zoomlion Ghana Limited on behalf of the Executive Chairman of the Jospong Group Of Companies and Dr. Joseph Siaw Agyepong showed appreciation to President Akufo-Addo government for his visionary leadership and personal support to the environmental sanitation and the private sector development during his tenure of office.

"Indeed the President's commitment and dedication to ensuring a clean Ghana are laudable and Zoomlion Ghana Limited as the leading waste management company in Ghana and other parts of Africa will continue to contribute our quota to make his vision for this sector a reality".

Hence the event was by the Chiefs, Elders, MMDCEs, Assemblymen, Residents, Police Personnel, Management and Staff of Zoomlion Ghana Ltd, and the Media.

The Waste treatment plant presents the most suitable alternative to landfill waste disposal since the waste generated will be over 60 percent organic.

She also hinted that the North-East region presently generates 100,000 tons of waste annually, of which most of them go into landfills making it hazardous to the community. The facility has the potential of curbing this.

The Jospong Group of Companies headed by the dynamic entrepreneur Dr. Joseph Siaw Agyepong together with its partners with support from the government has embarked on constructing these Solid Waste Treatment Facilities across the nation.

The 15 million euros project which is expected to be completed in four months will serve the people of Nareligu, East Mamprusi, West Mamprusi, Bunkpurugu, Yonyoo-Nasuan, Amprugu-Moagduri, Hereponi, Chereponi, and other surrounding Districts. 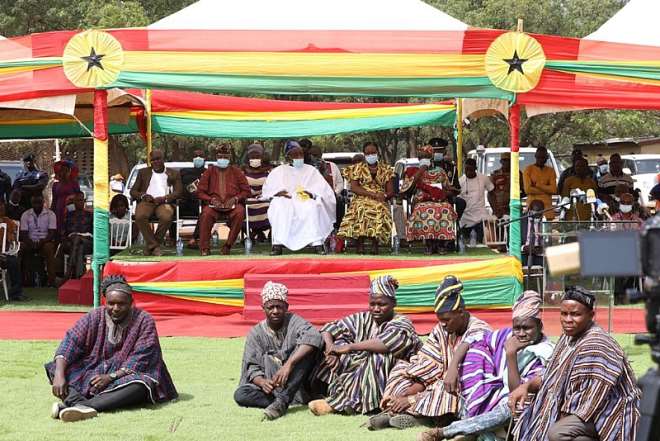 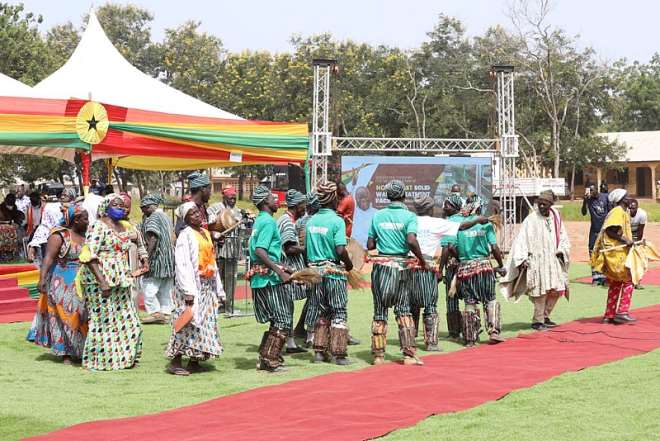 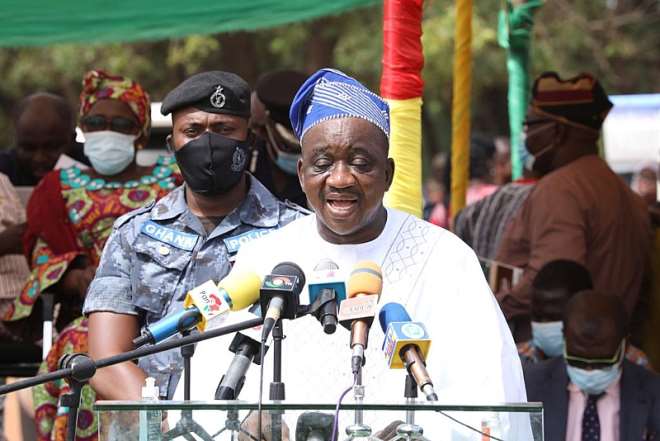 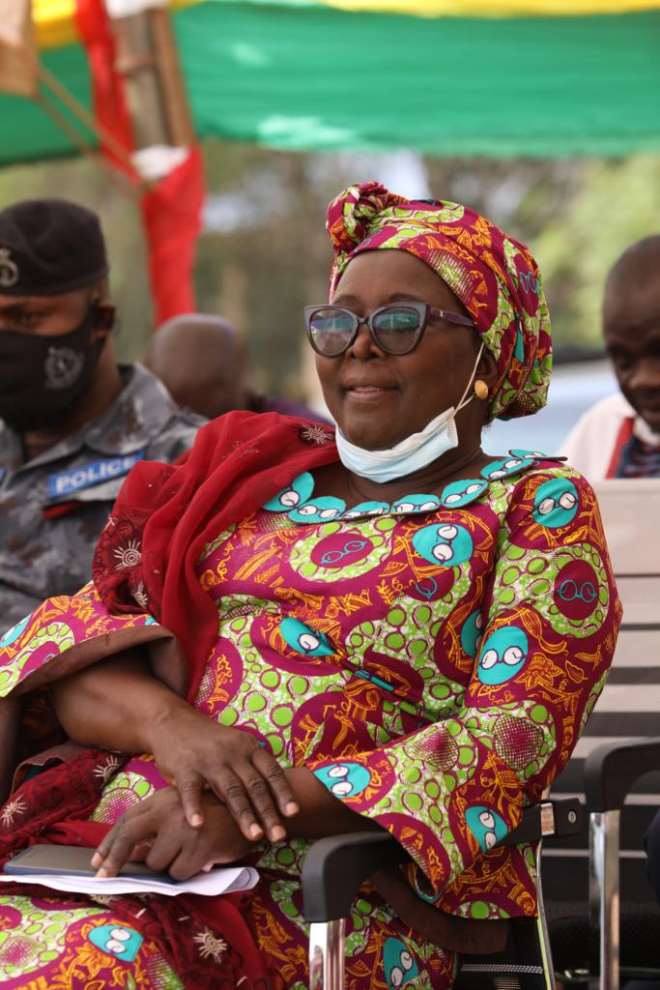 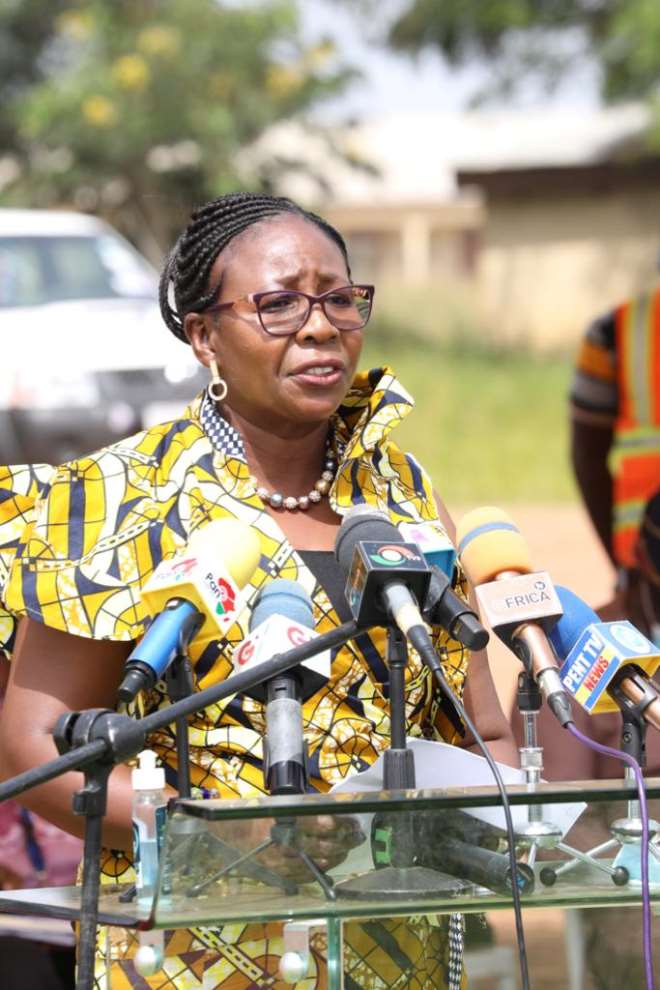 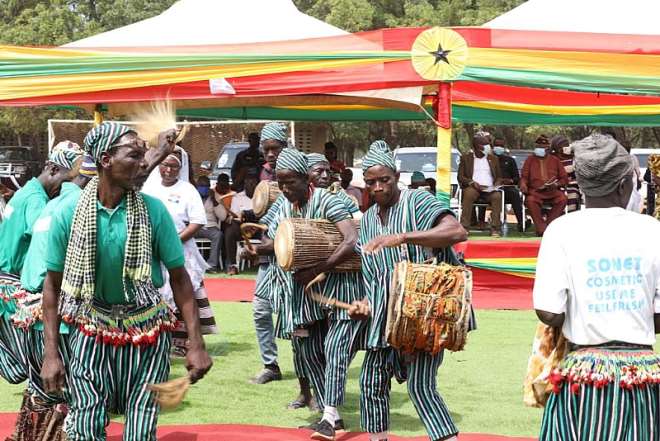