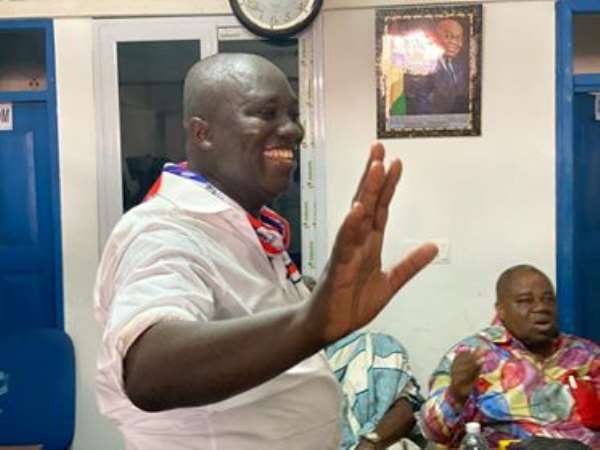 The widely reported arrest of the sixth criminal suspect in the murder of the ruling New Patriotic Party’s Member of Parliament for the Mfantseman Constituency, in the Central Region, comes as very refreshing and gives the general public some hope of bringing all the criminal suspects to book (See “Another ‘Killer’ Arrested Over Mfantseman MP Murder” Modernghana.com 10/19/20). The deceased MP, Mr. Ekow Quansah Hayford, was reportedly shot and killed at point-blank range while he was returning from some electioneering campaign activities on October 9. From what we have learned, so far, about five or six gunmen had stopped the chauffeur-driven car at a roadblock that these thugs had mounted on the highway and demanded an unspecified amount of money, after the would-be killers had ascertained that Mr. Quansah Hayford was, indeed, the incumbent Member of Parliament for the Mfantseman Constituency.

The official narrative further recounts that when Mr. Quansah Hayford was unable to meet the demands of the gunmen – he had, reportedly, pleaded with his would-be killers to follow him to his house for their cash demand – his assailants discharged at least two fatal bullets into the body of the Mfantseman MP. Now, what is significant to note here is the fact that the gunmen would specifically demand that Mr. Quansah Hayford identify himself in his official capacity as the ruling New Patriotic Party’s Member of Parliament for the Mfantseman Constituency. This clearly indicates an inescapable act of premeditation, which also clearly indicates that there was a motive other than sheer robbery in the decision of the alleged gunmen to specifically target Mr. Quansah Hayford for a rubout.

Possibly, the brutal slaying of the Mfantseman NPP-MP was a contract killing with the markings of a premeditated assassination. If the foregoing observation has validity, then all fingers must point to the key operatives of the John “Akonfem-Kanazoe” Dramani Mahama-led main opposition National Democratic Congress (NDC), whose National Chairman and former cabinet appointee, Mr. Samuel Ofosu-Ampofo, stands indicted for plotting a series of violent activities, including kidnappings and slayings, as a surefire means of returning the bloody and cold-calculating Mahama Posse to the Presidency. We must also spotlight the fact that the Central Region is one of the handful of the hotly contested battlegrounds in the runup to the 2020 general election.

Recently, for example, a leaked memorandum signed by the Central Regional Secretary of the National Democratic Congress pointed to the fact of the NDC’s National Headquarters Operatives’ having sunk hundreds of thousands of hard currency into swamping the electioneering campaign rallies of Prof. Naana Jane Opoku-Agyemang, the Vice-Presidential Candidate of the National Democratic Congress, who hails from the Central Region but has, so far, been an epic flop in her own home ground. What the preceding state of affairs means is that the Mahama Posse is hell-bent on using any means, including crude and barbarous acts of murder, to not only clinch victory in the Central Region, but also secure a highly unlikely victory in the 2020 general election.

Now, the preceding is a very tall order because more than 12 years after his clearly suspicious demise, Candidate Mahama has yet to boldly and honestly inform the global Ghanaian public about precisely who or what killed the extant President John Evans Atta-Mills. So far, the closest that former Vice-President Mahama has come to being able to tell the general Ghanaian public the whodunit of President Mills’ murder is bizarrely as follows: “I did not kill President Mills,” which, of course, still leaves a flabbergasted Ghanaian public wondering whether, indeed, as has been widely speculated, President Mills had died of reasons other “Divine Providence in His inscrutable wisdom” having opportunely snuffed the living daylights out of the Central Region’s native in order to auspiciously make way for the first postcolonial-born Ghanaian leader.