The benefits of integrating the diagnosis of depression and diabetes treatment 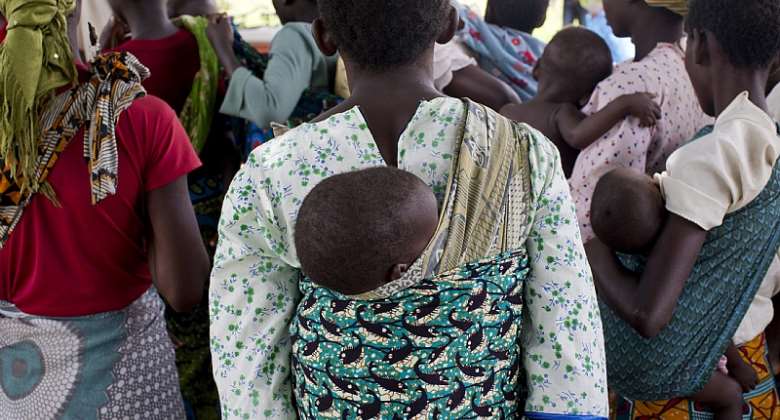 Depression is a common clinical condition in the country. Depression is a mood disorder characterised by a persistent feeling of sadness and loss of interest in usually pleasurable things. It interferes with the person's ability to function. Almost one in five to one in three patients attending primary care clinics in Malawi have depression.

Depression and diabetes often occur together. This puts huge strain on both patients and the healthcare system . Depression in patients who have diabetes is associated with poor self-management and treatment adherence, reduced treatment response and higher morbidity.

The detection and management of both conditions is a challenge , especially for low- and middle-income countries . Effective and low cost interventions, including medicines, psychological treatments and social interventions for depression , do exist. But the potential to provide such services at diabetes care clinics in Malawi was unknown.

We conducted a study to assess the acceptability, feasibility and effectiveness of these kinds of approaches at diabetes care clinics in Malawi.

The study showed that health workers are able to screen for depression as part of diabetes care in chronic care clinics. Our findings are similar to those of another study in Malawi which looked at the integration of depression management into HIV care. It showed that it was feasible and acceptable to integrate mental health care into primary care.

Our study was conducted in two phases. The first was an instrument validation study to ascertain if the instrument will be able to function the way it is supposed to in our setting. The second phase was the intervention (pilot) study.

The validation study took place at two diabetes clinics. We wanted to determine whether a depression screening tool in the form of a questionnaire could effectively screen for depression in patients with diabetes.

We interviewed 323 adults attending the clinic, to screen them for depression using the questionnaire in Chichewa, the major language spoken in most parts of the country, and later a diagnostic interview using a structured format.

The participants were men and women, from urban and rural areas, ranging in age from 21 to 79 years. The mean patient age was 54 years and 75.5% of the patients were female.

Our findings revealed that the screening tool was accurate in identifying cases of depression among patients with diabetes. Our study also showed that it was a useful tool in diabetes care clinics to diagnose depression. We also found that many people with diabetes (almost one-fifth) suffered from major depression but that it had not been detected by clinicians.

We also conducted a pilot study in four districts in central Malawi – Mchinji, Salima, Dedza and Kasungu – to evaluate the acceptability, feasibility and effectiveness of integrating both screening for depression using the tool and depression management in diabetes care clinics.

The pilot phase had two groups: the control group and the intervention.

We recruited a total of 111 patients with diabetes – 53 in the control group and 58 in the intervention group.

Our study showed that noncommunicable disease clinicians in the intervention group were able to identify patients with depressive symptoms by using the screening tool and to manage them accordingly.

We also observed the importance of skills building of healthcare workers in depression screening and management through education and training. The clinicians also reported that using the screening tool supported comprehensive treatment.

One clinician had this to say:

My clinical practice has changed because I am actually able to see the patients and make a decision.

The World Health Organisation advocates for the integration of mental health care into primary care as a way of improving access to mental health services in low- and middle-income countries.

It's also been suggested that mental health care and physical noncommunicable diseases care should be offered together in primary care platforms.

Depression screening must happen as one way of reducing the treatment gap in the chronic care clinics. Therefore clinicians should consider using validated screening tools to identify depression among patients with diabetes. To provide a continuum of care, depression screening and treatment into diabetes care must be integrated and enforced through policy.

Screening for depression in diabetes care clinics will help detect depression earlier. In turn, this will improve health outcomes, and minimise the burden on both the patient and the healthcare system.

Michael Udedi receives funding from the African Mental Health Research Initiative (AMARI). AMARI is funded by the DELTAS Africa Initiative (DEL-15-01). The DELTAS Africa Initiative is an independent funding scheme of the African Academy of Sciences (AAS)'s Alliance for Accelerating Excellence in Science in Africa (AESA) and supported by the New Partnership for Africa's Development Planning and Coordinating Agency (NEPAD Agency) with funding from the Wellcome Trust (DEL-15-01) and the UK government. The views expressed in this publication are those of the author(s) and not necessarily those of AAS, NEPAD Agency, Wellcome Trust or the UK government.

Adamson S. Muula receives funding from from the Malawi Government through an International Development Association (IDA) credit facility to the Africa Centers of Exellence II (ACE II) project. Further, Dr Muula is a University of Malawi focal person for the CARTA (Consortium for Advanced Research Training for Africa) and faculty within the AMARI (Africa Mental Health Research Initiative) both supported by the Welcome Trust through the DELTAS II initiative.

By Michael Udedi, PhD Candidate, University of Malawi And

12 organised crime suspects busted for carjacking, robbery a...
42 minutes ago