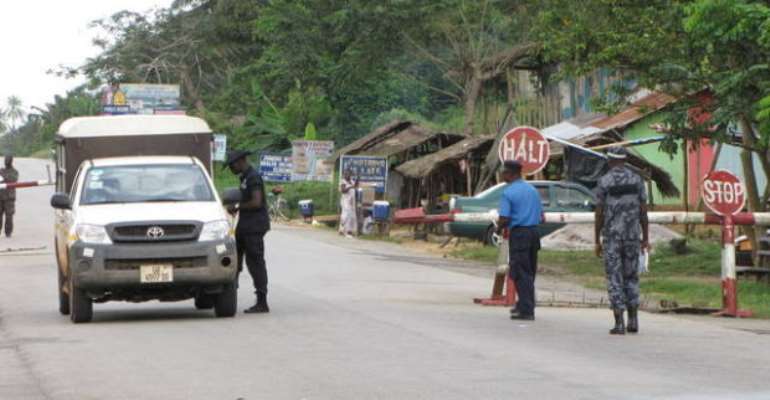 Batman and The Joker

A historical perspective is still necessary, so I am going to begin, again, with Europe—a subcontinent, not the origin of law enforcement. It is important that we remember that, so as not to feed that erroneous centuries-long Euro-centrism—that which calls Europe the origin of civilization as we know it. Europe is not the origin of law enforcement. Peoples interspersed worldwide, long existing before this modern conception of nationhood, all had, in various forms, their own peculiar, sometimes similar, law enforcement mechanisms set in place to maintain law and order. Yet, the police agency as we know it now, its structure and form, its mode of conduct and performance, et al. has its origins in Europe.

And what is it that they say?—necessity is the mother of all inventions. Crime, perhaps like never seen before in the subcontinent, was the order of the day, owing, in part, to its newfound economic El Dorado—industrialization. Industrialization meant—and I noted this in the article, 'It's December 24, And We Are Going Nowhere'—a shift in rural to urban population, and consequently, the congestion of cities. This coupled with the society's capitalistic underpinning meant that there were winners and losers—wealth creators and poverty-laden remainders, and an overall increase in the gap between rich and poor. Such disparities in wealth in any human ecosystem would undoubtedly mean, too, the creation of criminals. In this dichotomy of good and evil, the good (those with properties needing protection) always favour the inhibition of the 'other'—the perpetrators of crime. And that is why in 18th Century Europe, a people who had years prior, resisted vehemently the creation of the police agency, found themselves, by the end of the century, agreeing to the establishment of this institution.

It might just be impossible now to conceive of a time when people resisted the idea of the police. The 18th century European's reason had been the fear that this agency when formed under the executive government would only go on to make the said government too powerful, and what would ensue is the violation of human rights, civil rights, all such rights owing a populace in any society.

We all humans, even the most airheaded, are quite the prophet when it comes to matters like these. All over the world, these sentiments of the18th Century European populace have been proved right. In recent history, USA has been the highlight of this foreboding. All these call to mind our kinsfolk, Nigeria. But I cannot really get to SARS here.

Prior to their acceptance of the police, Europe had scrambled for almost anything. Key among these law enforcement prospecting had been the military. And the military, they get are things done. We must remember that to 'get things done' in the military conception, means warfare against enemies—external enemies. And this military training, this same fervor employed against external enemies are undoubtedly (subconsciously, perhaps) used against internal enemies if the military is given the tasks of ensuring law enforcement within a country. Europe was soon to realize this fact. They were soon to find that citizens are not objects that when forced to lie flat on the floor would remain there still (although some objects are notorious themselves for never lying still). This characteristic brute force employed by the military only served to create hardened citizenries and criminals. Europe was to find that in the bid to ensure peace, violence could never serve well, that purpose. You cannot attain a positive by employing a negative.

This checkered journey towards peace was to produce a very interesting result. And this result finds itself in the Black Lives Matter uproar, in the End SARS outcry, and if Ghana remains in her complacency, we would be creating our own brand of hashtags too, all with this same end—a fight against the police. And how do societies get to this point? That an institution established with the sole purpose of protecting society traverses such a road that it finds itself at the other end of the spectrum, falling from hero to villain. So much so that society, to its own dismay, finds itself fighting against this entity of peace.

Society's beef with the police is not necessarily with its mandate. No levelheaded, well-meaning, lawful citizenry would ever debate the concept of maintaining law and order. In fact, societies with their economic feature, especially so in capitalist societies, yearn for protection—not just of life, but notably of property. Society's problem, I reiterate, then can never be with police's mandate, but with the 'how'—their approach.

One may argue that society is better off without an institution purporting to protect lives and properties, but easily tempted with a number of the 'To Don'ts' of the Ten Commandments. The police have become an institution easily coaxed into acting against their codes of conducts, and morality in general, with money, power, and all things mundane. We find ourselves (us all, very much in need of, and appreciative of protection) arguing that if this entity cannot, indeed, provide the service of protection with integrity, then we are better off without them. If the police purporting to be friends of the citizenry with their motto 'The Police is Your Friend' can easily turn around, always, treating said citizens inhumanely, then we are better off without this 'friend'. Wasn't it Jesus who said, “if your right hand causes you to sin, cut it off and throw it away.”

An institution cannot purport to be for your good when it constantly covets and bribes its way through its duties; recklessly endanger the lives of the populace, ruthlessly murder the same people they have avowed to protect. And I believe when literally translated, this Ghanaian proverb goes like this: “if an insect will bite you, it will come from your cloth.” Those bites, they sting the hardest—bites from unexpected sources, from supposed friends. The enemy (the criminal) we expect the worst from; but the friend (the police), their mishandling, maltreatments, failures, they sting the hardest.

18th -19th Century Europe was to find this fact to be true—the militaristic approach could never achieve the objective of maintaining law and order, hence the formation of the police service. If modern police will resort to these same militaristic approach in law enforcement, the same approach against which they were formulated to serve as foil, then we are better of reverting to the original (the military itself) not its copycat (the police).

Protesters are not Stupid

The law enforcement hurdle is a journey every nation ought to traverse. It is a test of governance. The police—I repeat here too—does not exist outside the realm of governance. We could shut down the police service (in all its forms) as frustrated Nigerians and Americans have in recent times called for. But the problem would still remain, as the need for law and order would call for the creation of yet another agency—to take the police service's place. Said newly formed law enforcement agency would—like the revolutionary promising redemption, but almost always ending up same as the government it overthrew—end up same as the agency they replaced.

Law enforcement agencies can never be done without, so when you hear the Nigerian chant, “End SARS” or the American, “Defund the Police”, know that these protests are not senseless. They are not done oblivious of the need of law enforcement agencies. These outcries are against the 'how'; they are against the ineptness, crudeness and corruptness of an entity which is supposed to serve the public good.

You cannot remedy a negative with a negative—two wrongs never make a right. The police become an exercise in futility when in their bid at supposedly maintaining the peace, they disrupt the little peace we have left.

Dan Botwe to drop MMDCEs list on Sunday
1 minute ago