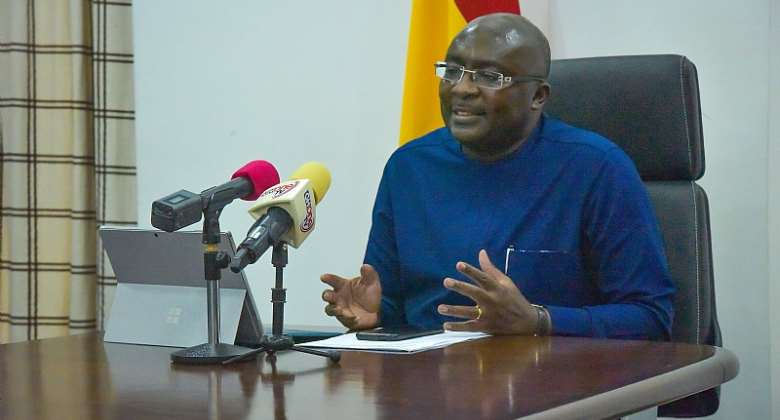 Caritas Ghana in partnership with DKA Austria and Misereor Germany, organised a stakeholders Virtual Workshop to heighten awareness of Local Civil Society Organizations, especially members of the FAITH in Ghana Alliance, about the Binding Treaty process and how they can influence the Government of Ghana to support the Binding Treaty.

It also sought to strengthen collaboration and partnership among church and non-church actors to put social pressure on international policymaking bodies to hold multinational corporations accountable for their investment policies and ensure access to justice and respect for human rights.

In a concept note at the virtual Workshop, Mr. Samuel Zan Akologo, the Chief Executive Officer of Caritas Ghana said the Virtual Workshop will help to build a strong Civil Society voice to lobby the Government to support the Binding Treaty Agreement during the Intergovernmental negotiations in Geneva and engage the State institutions charged with land and environmental management.

He stated that it was also aimed to encourage greater Civil Society Organisation participation and advocacy on the Binding Treaty Process and to generate national media interest and support for the Binding Treaty.

“We seek to bring to the fore the need for the State to committedly sign on to the proposed UN Binding Treaty to give rights to affected communities to reclaim their sovereignty by re-affirming the hierarchical superiority of their human rights norms over trade and investment treaties, dismantle TNCs over-arching power and stop the impunity which emanate from their activities,” he stressed.

He noted that the Episcopal Conferences of Catholic Bishops in Africa and Madagascar (SECAM), in collaboration with their Brother Bishops in Europe, have called for support for the Binding Treaty. In February, 2020, the Catholic Bishops’ Conference of West Africa (RECOWA) also called for country-level actions to secure their respective Government’s support for the Binding Treaty.

“In early September, 2020, the Ghana Catholic Bishops’ Conference had audience with His Excellency, the President of Ghana and urged his Government to support the Binding Treaty as a way of bringing Corporate Bodies under check,” the Caritas CEO said.

As a network of global campaigners (CSOs, FBOs and affected communities) resisting the land grabs, extractive mining, exploitative wages and environmental destruction of transnational corporations (TNCs) particularly in Africa, we would like to use this platform to mobilize global support for the Binding Treaty.

The UN Binding Treaty began with a bi-regional network between Europe and Latin America and the Caribbean in 2004, an action to denounce Free Trade Agreements and Corporate Impunity. Subsequently, from 2006 to 2010, there was the Permanent Peoples Tribunal hearings on European Transnational Corporations (TNCs) impacts in Latin America where 70 TNCs were judged in 54 cases.

In 2012, there was a call to international action with the launch of the Global Campaign to stop corporate impunity. More than 200 movements, trade unions, organizations and affected communities worldwide were involved.

In 2013, engagement in the UN Binding Treaty process and launch of the Treaty Alliance were initiated and it was the first call for an international legally binding instrument on human rights, transnational corporations and other business enterprises.

Beginning of 2014, the United Nations Human Rights Commission passed a resolution (UNHRC Resolution 26/9) to establish an Open-Ended Intergovernmental Working Group (OEIGWG) on transnational corporations and other business enterprises with respect to human rights. In relation to this, 4 sessions of engagement were held between 2015 and 2018.

In 2017, Global Interparliamentary Network made up of 300 MPs and MEPs worldwide initiated support to the UN Binding Treaty. 2018 saw the Zero Draft of the Binding Treaty, published on July 20, 2018. This was followed up with the release of Draft 1 in June, 2019, by the Presidency of OEIGWG. Until the end of April, OEIGWG received comments and suggestions. From 14th-19th October, 2019, the 5th Session of OEIGWG was held.

In 2020, States and Civil Society were given up-to 29th February, to submit their comments on Draft 1 to the OEIGWG. Between April and May, the Presidency of the OEIGWG convened consultations to define and confirm the inputs. In August, the Draft 2 of the Binding Treaty was published by the OEIGWG Presidency. The Global Campaign also issued a statement on the second revised draft of the UN Binding Treaty.

This, according Mr. Akologo “is where the international movement has got to. The next 6th Session of the OEIGWG comes off from the 24th to 31st October, 2020,” he stated, adding that “In recent past, we witnessed the global demand for bio-fuel (cf. Kyoto Protocol 1997, 2006 fuel crisis and EU 2030 Agenda) as well as 2007 to 2008 also saw the global food crisis that led to high food prices.”

“These two-incidence led to large-scale acquisition of land at the expense of the locals or indigenes for food and bio-fuel production in Africa, Latin America, the Caribbean, South East Asia by countries such as UAE, USA, UK, Israel, South Korea, Mr. Akologo noted.

This impunity of TNCs and the revolt of the affected indigenes have led to an international call on the UN and State Governments to bring to order through a binding treaty the activities of these TNCs and the responsibilities of the States involved.

According to Mr. Akologo, “This clarion call resonates strongly with the Pope Francis’ Encyclical Laudato Si to safeguard the rights of individuals and communities and the preservation of our common home, the environment and planet.”

He enumerated some root causes as monopolizing of lands of cultivation by transnational corporations and states, which deprives farmers of their livelihood, identity, and heritage; exploitative wages to the farmers who have transferred their land to these TNCs; open disrespect of the farmers/indigenes’ human rights, and environmental destruction of lands acquired by these transnational corporations (TNCs) and disregard for national regulations on land reclamation when they even exit.

According to the Caritas Ghana CEO “This issue is directly affecting peasant farmers in view of land being central to their life, livelihoods, identity, heritage and food security (cf. Laudato Si 146),” adding “We see this problem at Okumaning (Eastern Region), Babator (Savanna Region) and Brewaniase (Oti Region), and all the mining communities in Ghana.

Speeding motorbike runs over pedestrian at Nungua
8 minutes ago

A/R: One robber shot dead, two others arrested
16 minutes ago