COVID-19: Ghanaians Have Let Their Guards Down – GMA 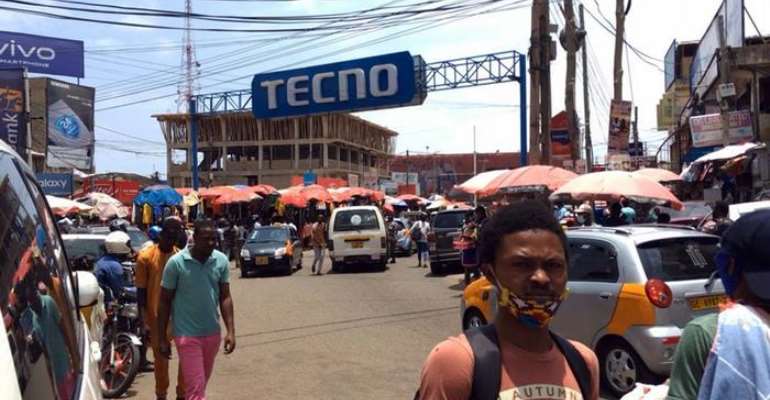 The Ghana Medical Association (GMA) says Ghanaians have let their guards down in the fight against COVID-19.

According to the association, the fear factor needed to curb the spread of the deadly virus appears to have diminished with the political season setting in.

He added: “Generally, I think people have let their guard down. When the fear factor is gone and the attention has been shifted to politics, it’s easy for people to return to the status quo and for them to think the disease is gone”.

It comes after President Akufo-Addo delivered his 18th address since the outbreak of COVID-19 in the country.

The President among other things hailed his government’s approach in handling the virus.

Nana Akufo-Addo stated that the rate of death continues to remain very low at 0.5%.

“In fact, our favourable situation at the moment is thanks to the effectiveness of Government policies, the co-operation of you, the Ghanaian people, and, ultimately, to the grace of God. In spite of our successes, I would like to reiterate that this virus remains something of a mystery, and we should always rather err on the side of caution, and continue to observe the protocols that have brought us to where we are”, he added.

President Akufo-Addo in his address announced that tertiary education institutions will resume operations in January next year following the outbreak of COVID-19 in Ghana.

The tertiary institutions and other educational facilities were shut by government as part of the efforts to control the spread of COVID-19. Some secondary schools have however been opened.

Addressing the nation Sunday, October 18, the President said: “SHS 2 and JHS 2 students are back in school, as are some students in tertiary institutions and colleges. Indeed, the academic year for new and continuing University students will commence from January 2021.”

The President also revealed some 92 persons have tested positive at the Kotoka airport since Ghana reopened its airways.

“Following the provision of testing facilities, which ensure the speed and accuracy of COVID-19 testing, Kotoka International Airport was reopened on 1st September 2020. It has been six weeks since the reopening, and a total of 30,564 passengers have been tested, from which 92 have tested positive.

“All 92 are asymptomatic cases, whose status, but for the test, would not have been detected, and would have spread the disease amongst the rest of the population.”