Over 80% of SHSs, Teacher Colleges Connected To Free Wi-Fi — Bawumia 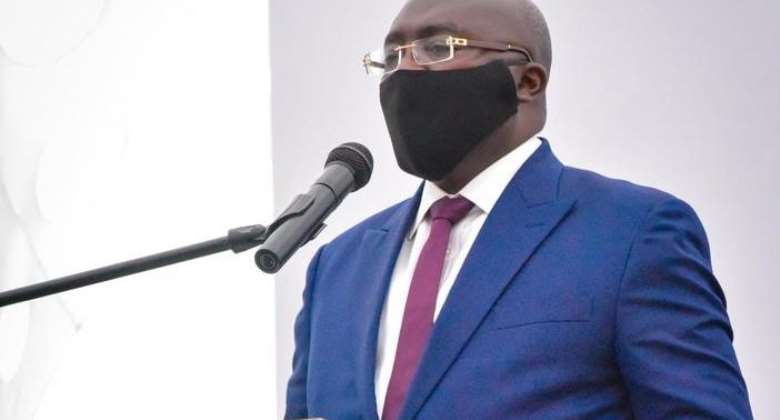 Vice President, Dr. Mahamadu Bawumia has announced that over 80 percent of Senior High Schools and colleges of education across the country have Wi-Fi installed on their campuses free of charge.

According to him, the project is part of the free Wi-Fi government is providing in all educational institutions across the country.

He made this known today, Tuesday, September 29, 2020, when he inaugurated a Library and an ICT centre at Abossey Okai as part of his tour of the Greater Accra Region.

He further added that all schools, universities, colleges of education as well as district education offices will be connected to free Wi-Fi by next year.

“We have understood the importance of digitization in the development of this country and especially in the education sector and so the President tasked the ministers responsible for education and communication to make sure all our Senior High Schools, as well as all the 46 colleges of education, are all connected to the internet (Wi-Fi).”

“This has been started, and I am happy to report that so far 80 percent of all our Senior High Schools have now been given free Wi-Fi. It’s a major investment and in addition, all the 46 colleges of education also have the same. I think it will be launched soon.”

Government awarded the contract for the first batch of Wi-Fi installations in some second cycle and tertiary institutions in February 2020.

Dr. Bawumia who announced it said the initiative is to allow students in Senior High Schools and those in tertiary institutions to “access that knowledge” that exists on the internet.

“To allow access to the internet across public tertiary institutions and Senior High Schools, government has awarded the contract for the provision of free Wi-Fi to all SHS and tertiary institutions. There is so much knowledge on the internet, and we have to allow our Senior High Schools to access that knowledge. We promised free Wi-Fi and we are going to deliver…The program is going to kick off this year,” Dr. Bawumia noted at the government's 2020 town hall meeting held in the Ashanti Regional capital, Kumasi on earlier in September.