At a time when most advanced countries are debating the quality of education, Ghana has centered its debate on access to and cost of education.

One would have thought education is an investment that would yield returns in making the people more productive and the country wealthier. Access to education in a developing country should be a fundamental human right for all in the country, at par with the right to breathe the free air and unfettered access to free health.

But in Ghana, we are still struggling with the cost of education from the primary to the tertiary level and whether all citizens must have free access to it and how. Adult education and the issues around lifelong learning, more important issues for us in the developing world, have been shunted aside or kicked into the long grass.

The raging arguments have centered on secondary education in its present form. Some assert that education is too expensive for the government to bear and that boarding and lodging should be decoupled from tuition, others contend that the two-tier system is giving the students too many months at home and that they would unlearn what has been taught in the school system.

I find the whole debate sterile: if education is good for industrialisation, good for national development and therefore good for all, then it must be available in all parts of the country to people from all the different places in the country. Potential workers and managers alike and budding entrepreneurs must all be well educated if we are to be more productive as a nation.

To deal with access, our English colonial masters set up about 100 government schools over the 100 years that they ruled us. Nkrumah did much better and gave us over 1,000 schools at all levels in the 10 years that he run the country. The hope then was that successive governments would provide more schools to keep pace with the growth in population.

Nkrumah must have been concerned with creating an educated workforce for increased productivity that will result in economic growth and social development. His objective in providing more schools was framed around shortening the number of school years without sacrificing the quality of education. He decided that this must start at the primary level.

I can imagine him calling his Minister of Education CT Nylander and his top Chief Director of Education Mr BA Brown and telling them to shave 2 years off the system before going to secondary school. Their response to him would have been thus – No, no, no, Your Messianic Dedication, we cannot do that without an experiment, to which Nkrumah would have retorted – go create the experiment.

One system, one uniform

They did create the experiment in lowly Lagos Town and it surely did work, probably too well! So, in September1960, me and my mates, the third set in that experiment ended up in secondary school and it only took 2 terms to do the Common Entrance in our final year because the school year changed from January to September.

These excellent results were achieved because of the focus on the objectives at hand. How do you get pupils to pass the Common Entrance after 6 years of primary education not 8 years or 10 years when people had to take the Standard 7 Hall examination? All the elements of a good educational system: – finance, premises, teachers and curriculum were thoroughly explored.

Finance must have played a part in it but I do not think that the school was provided with any more money than other schools, certainly as school children, we still put on the same khaki-khaki uniform meant for all cyto schools whether it was from a bespoke tailor or ‘akɔyɛtsoɛnɔ’, it did not matter.

I do not think that premises played as big a part as you can see from the picture of the senior section of the school, we did not even have a library but there was a very good mobile library system that brought books to the school and I made sure to borrow a book every Friday. We did however have a good public toilet and a school playground for football was later used to build a larger school. We were encouraged to participate in extra curricula activities and I joined the Boys Scout Movement till the Young Pioneer Movement came to town. 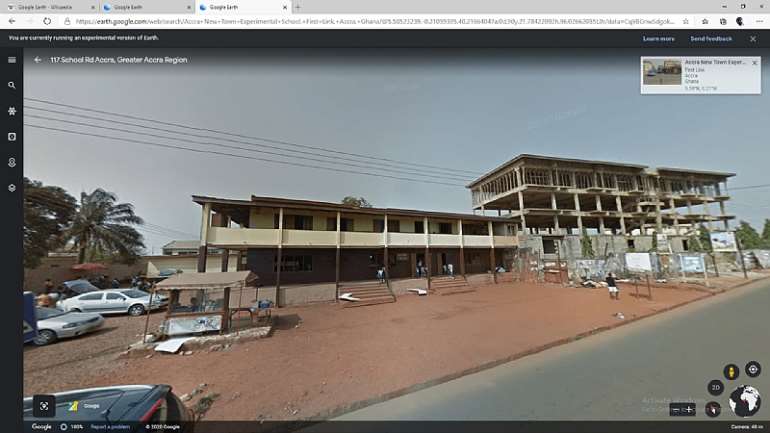 But we had excellent teachers. Master Ofosu-Appiah led the team, Mr Sottie, Miss Quarcoopome, Miss Danquah, Mr Davies, Mr Owusu, Mr Wussah, Mr Armah, Miss Dotse, dedicated teachers, who inspired and motivated, to bring the best out of our fertile minds, they were not paid any extra, but they were that special and they were proud of their pupils. They also did not spare the rod especially on matters relating to testing and testing and testing.

The curriculum was streamlined and finetuned: we focused on English, Arithmetic, General Knowledge, Civics, Geography, and a bit of History. The alignment the syllabus was not to fit a specific political agenda or to rehabilitate a political bent: it was not about revisionism but about imparting factual knowledge. No local vernacular was permitted around the school to enable us to practice our newfound skills in the English language which was the main medium of instruction. I have written about this experiment in a piece I wrote some years back on https://www.adesawyerr.com/23rd-september-1960-achimota-school-2/ 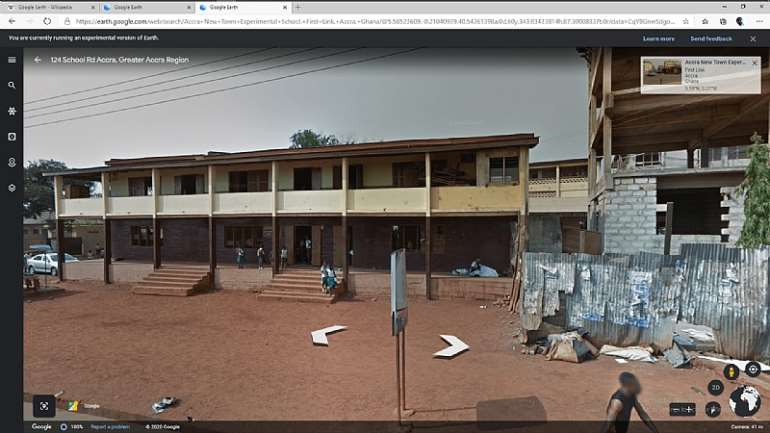 Sadly the experiment was never really evaluated and rolled out in the state school system, but it spawned several private sector wannabe institutions, that led many middle-class parents to reject the state's primary system in preference to these newly termed preparatory schools.

Yes, middle-class parents may be able to pay for the education of their children as most are already used to private education at the primary level, their objective, however, is to ensure that their wards can enter into the excellent institutions that were built by the missionaries most of which are located in Cape Coast. Perhaps some of them are thinking of sending their children to private boarding schools abroad: in the western advanced countries rather than the socialist eastern countries but that does not explain why we need an airport at Cape Coast.

To those of us who were active participants in the Accra New Town Experimental School, I am sure that you are as proud as I am to put on my CV that I studied in the best schools in the world and was educated with the best in the land.

If you want a better educational system, consider the Lagos Town Experiment!