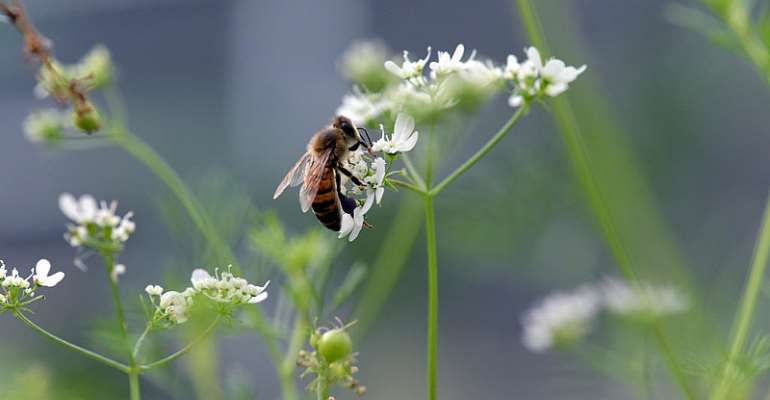 France is set to allow sugar beet growers to use neonicotinoids to help their pest-ravaged crops. The pesticide, known for crippling bees, was banned in France in 2018 and recent polls show a majority of the French want it to stay that way.

France imposed a general ban on neonicotinoid pesticides in September 2018 after they were found to have a harmful effect on pollinators, notably bees.

The systemic pesticides act on their central nervous systems, resulting in paralysis and making it impossible for them to return to their hives.

But in April this year sugar beet growers said that without such insecticides they were unable to combat the jaundice virus, transmitted by aphids, and that they had lost up to half of this year's crop as a result.

The French agriculture ministry vowed to support them in getting the ban suspended from 2021 for two years while an alternative was found.

On Wednesday the French Council of Ministers debated a bill which, in accordance with Article 53 of EU regulations on phytosanitary products, allows for a derogation if there is “a danger which cannot be contained by other reasonable means”.

The derogation would apply only to sugar beet growers, renewable for three seasons by decree.

CGB, the main syndicate representing the sugar beet sector, said they're facing an "unprecedented" crisis with yields this year at a 15-year low.

This year's loss of crop, they warn, means some sugar beet and ethanol plants now face closure, with the loss of jobs in an industry that employs 46,000 people in France.

The employment issue is a particularly sensitive one.

Close to a million jobs are estimated to have been destroyed or threatened due to the Covid-19 epidemic.

On Thursday the government announced details of a massive financial recovery plan, designed to boost employment. But also accompany the transition towards a greener, more sustainable economy.

A danger to the environment

Environmentalists and beekeepers have denounced the government U-turn and what they see as double-speak.

Sugar beet may not be a honey producing crop but since neonicotinoids are systemic pesticides they don't just rest on the surface of the plant, but are taken up and transported throughout its leaves, flowers, roots and stems, as well as pollen and nectar.

Their use is therefore damaging to the environment overall: polluting neighbouring fields, ground and water supplies.

Matthieu Orphelin, an MP with Génération Ecologie, said the plan to lift the ban was “unacceptable” and that his party would launch a campaign to oppose it.

The sugar beet industry is the second biggest in the world and critics of the government also denounce what they see as caving in to powerful lobbies.

Former Ecology minister Delphine Batho said the government had acted “under pressure from sugar industry lobbies” with “monstrous” consequences on the "environment, insects, birds and the living world".

Environmental lobby group, Générations Futures, has called on MPs to “say no” to the bill, tweeting that it was based on a lie.

Its most recent poll found that around seven out of 10 French responders said they supported the ban on neonicotinoids.