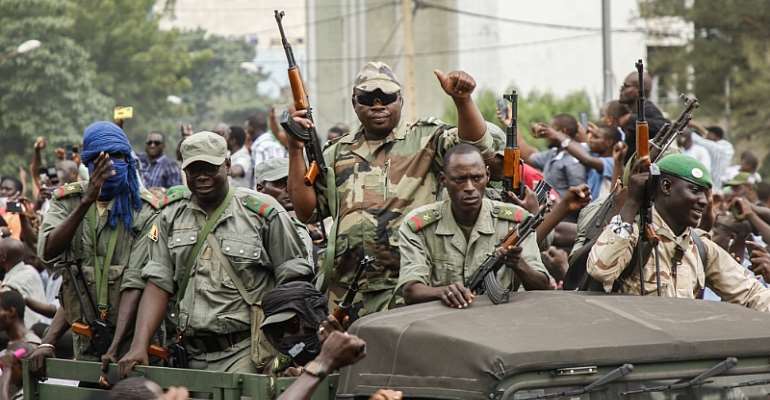 Talk of military coup d’état in Africa and you might be told it is a matter of history that once spanned the 1960’s through to the ‘80’s. It was an Anglophone West African delicacy served in Ghana and Nigeria with doses in Gambia, Liberia and Sierra Leone. Francophone West Africa did not stand idly by either. On the contrary, Africa’s first coup d’état was recorded in the former French colony of Togo in January 1963, barely three years after ‘independence.’ The Kpandu born Sylvanus Olympio who gained that independence for the country was not given chance to have a comeback. He was assassinated and the rest is history.

Very little research exists on the significance of the Togo coup on the region but there is no gain saying it demystified the concept of the ballot box and of governments elected using same. What it also did was to advise the military throughout West Africa that their role was not limited to protecting the sovereignty of countries. They could, in Togo style, overthrow or even assassinate their civil Commander-In-Chief by use of the bullet, hijack the reins of government in the name of the people and declare themselves patriots and liberators. With the exception of model Senegal, history now has it that no country in West Africa was spared the coup scourge that began in Lomé.

Reasons were never in short supply and the West African soldiers hardly struggled finding justification for shooting their way to power. The validation of the people came in the form of public celebrations welcoming soldiers in streets. When Mali first joined this West African adventure course and coup making club in November 1968 the template was ready and available. The economy is never stupid and was a handy reference. People love freedoms and the elected President, Modibo Keïta, had become a dictator or so the soldiers alleged. The Father of Malian independence and zealot of the African unity project was jailed and in jail he died years later.

Fast forward to August 2020 and we have yet another Malian coup, a 4th since independence with all the hallmarks of the previous. The difference this time is an echo from down south Zimbabwe. Unlike their West African counterparts, Southern African soldiers took their oaths religiously and stayed out of politics completely. Even when their countries presented recipes not too dissimilar from those that got armies marching into West African presidential palaces and broadcast houses, the Southern African soldiers remained in their barracks, away from any temptation of becoming redeemers, saviours or revolutionaries.

Such was the image of armies in Southern Africa until Zimbabwe deflowered it in November 2017. The economy was imploding under sanctions and President Robert Mugabe took the flak. The ever increasing appetite of his wife for jewellery and power did not help matters either. It drove veterans of the liberation struggle nuts. The West African recipe was unmistakable and the army responded but without the West African modus operandi. The constitution was not suspended, parliament was not dissolved, and not even the President was overthrown. They had a novel idea, possibly informed by the time honoured tradition of non-involvement in politics. That idea was to have President Mugabe resign and, thus, continue to perpetuate constitutional governance uninterrupted.

Across the swathe of territory that separates Southern from West, the army took notice in Mali and revised the rule book of coup d’états. This is the era of democratic governance after all and the Zimbabwean act was not incongruous. President Ibrahim Keïta was out of breath and almost wailing when made to resign. No one was listening as he threw up his arms in the air saying, ‘If … certain elements of our armed forces want this to end with their intervention, do I really have a choice?’ No, Mr President, you have no choice in the matter. You ran the country aground and, if you care to look out of the window, you would see masses of the good people of Mali in Cloud 9 celebrating your downfall. All we need is validation of your signature and public declaration.

There is nothing like a good coup and Malians must know that from experience of the ones before. Soldiers are not separate species from the societies that birth them and, when they step into the political fray, they become nothing else but politicians with the same human or leadership weaknesses and strengths that come with civilians. If it were not so, West Africa should have been far more developed than the rest of the continent in light of the numerous coups and counter coups soldiers clocked across the region. Mali per se should have been a West African oasis of prosperity considering that Moussa Traore, the soldier who overthrew the first Keïta, ruled for a good twenty-two years plus, palpably much longer than any soldier or civilian ruler in the region.

While every African Commander-In-Chief must now be worried about the Bamako rendition of the Harare tutorial, Malians should cut short the jubilation and begin to demand no less from the soldiers than they demanded of the civilian politicians. To go to bed euphoric, believing that these soldiers are better suited for job or wealth creation opportunities is nothing short of wishful thinking. A quick and speedy return to the barracks must be high on the cards of all stakeholders in this jewel of a country in ancient African glory. It is a test case for ECOWAS and to fail is to endorse a return of the region to those dark days of the 1960’s through to the ‘80’s when democracy and constitutional governance was not worth a soldier’s penny.