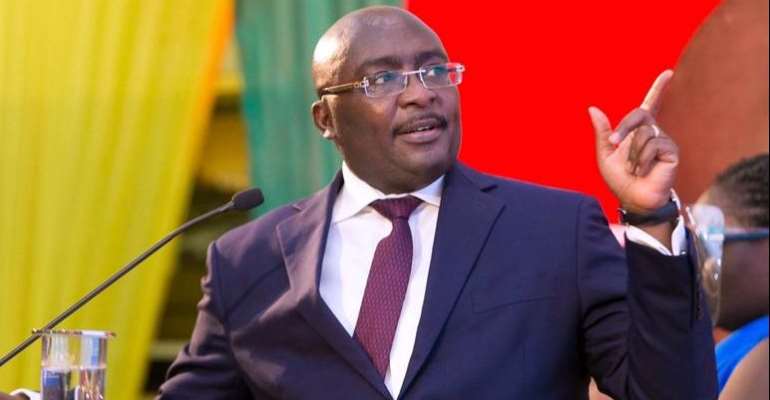 The Vice President, Alhaji Dr. Mahamudu Bawumia, says the Akufo-Addo government has made the biggest investment in the Northern Region since independence by initiating the Pwalugu multipurpose dam project.

According to him, the NPP government cares about the ordinary Ghanaian and it will continue to undertake such live-transforming projects to make Ghanaians better off.

“The most important irrigation project that we have put in place is the Pwalugu dam. This is the one that is almost a billion dollars and it is going to provide irrigation to at least 24,000 hectares [of farm land]. Currently, Ghana has a public irrigable land of 13,000 hectares. So Pwalugu is going to double what we have in addition to the flood control and electricity. It is the biggest investment that any government has done in Northern Region since independence.”

Dr. Bawumia made these remarks on Tuesday, August 25, 2020, during an interview on Accra-based Peace FM.

The opposition National Democratic Congress had criticised the government over the project insisting that it is a total rip-off and must be reviewed by Parliament.

The party also went on further to criticize government’s one village one dam initiative.

Dr. Bawumia during the interview rejected the criticisms.

“The one village one dam initiative has been very helpful to Northerners. It has been very useful to them. It has ended communal fights over water because the fight of water is very high in the North during the dry season. So these dams are providing water to them. One village one dam has helped farmers very much and other people who need water for other uses in the North during the dry season. If you sit in Accra, you may not be able to appreciate the impact of these dams.” About the dam

President Nana Akufo-Addo cut the sod for the construction of the Pwalugu Multipurpose project on November 29, 2019.

The project, which cost US$993 million is expected to be completed within 50 months.

The entire project is being executed by a Chinese construction firm, Power China International and supervised by the Volta River Authority.

The electricity component of the project will consist of $366 million. It will also have a 60MW hydropower and a $55.4 million 50MW solar power while resettlement, survey and project management will cost the country an amount to $98 million.