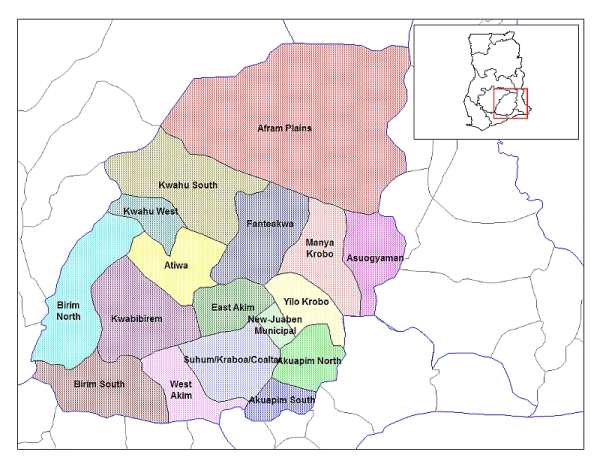 In one of my English Language lessons, a student once asked me the importance of all those grammar they were learning. I told him, "It will save you from embarrassment one day". Inability to express oneself in proper English Language has made many people figures of public ridicule, not excluding the wealthy and mighty.

This write-up seeks to bring to bare, and correct commonly misused adjectives in our everyday usage. It is my hope that readers, especially, educators, would help effect the necessary change.

This linguistic abuse became very common in the era that some Ghanaian constituencies, districts and regions were carved out of larger ones. It was thenceforth that we had districts, constituencies and regions such as Kwahu West, Birim North, Afram Plains North and South, Ho Central, Ketu South, Kwabere East, Manhyia North, Ablekuma Central, Bono East, Western North, to mention but a few.

From our elementary English Language lessons, we remember that adjectives are words used to modify/qualify nouns. Adjectives give some level of exactitude and particularity to nouns. These adjectives of location/direction (north, south, central, east, west, upper, lower, etc) are used to qualify the location of certain districts/regions/provinces.

In the phrase, 'Kwahu West', Kwahu (a noun) is being used as an adjective to modify West(an adjective/adverb turned noun). 'Kwahu West' therefore means the Kwahu part of the West land. Since this is not the intended meaning of the phrase, proper usage would therefore be 'West Kwahu' which grammatically means the Western part of Kwahu land/region.

A juxtaposition to the native speakers (America and Great Britain) exposes how grammatically wrong we have been all this while. There is North Carolina and South Carolina, North Dakota and South Dakota but not Carolina North, Carolina South, Dakota North and Dakota South as would have been the case in Ghana. Our own colonial masters use West London instead of London West. Have we reflected on why we use West Africa, North Africa, South America but not Africa West, Africa North and America South?

Learning is the relative change in the behaviour of the learner as a result of continuous practice (Kimble, 1961). We therefore need to practise this new learning experience until the old ungrammatical names of our districts, regions and constituencies are completely done away with.

It is ridiculous for an English speaking nation like Ghana to continue wallowing in this ungrammatical quagmire, and an indictment on the English Language teachers in Ghana to look on while grammar is being murdered. The Ministry of Education, the GES and all teachers should lead the charge for this change to be effected in accordance with grammatical rules to save us from global ridicule as far as the English language is concerned.

Flyover construction: 1 month interruption of traffic at Flo...
16 minutes ago