Cults are generally dangerous but these two may still help you 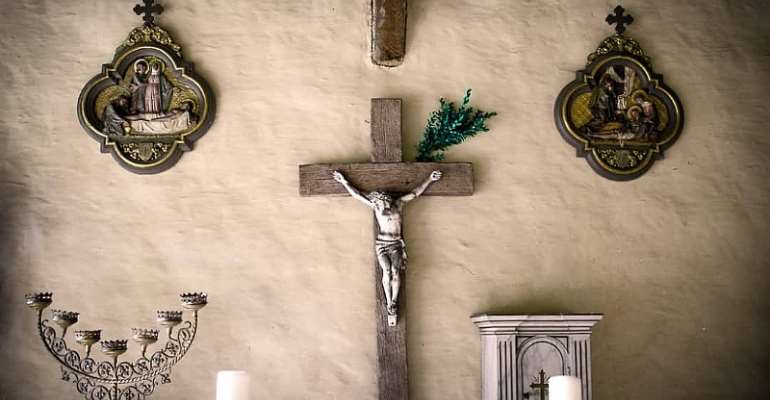 The most appropriate definition of a “cult” for the purpose of this article is “an obsessive devotion to a principle, person or ideal,” (Webster’s II New Riverside University Dictionary) and that isn’t a bad thing for the ideal religious person should be a cultist in its proper sense. However, the same dictionary suggests a cult to be a religious sect that is generally considered bogus or extremists. It is this minor view that is generally propagated by the media due to the widespread dangers such cults pose. The Church has always had its share of cults and has always been wary of losing its members to the influence posed by them. However there are some cults with worldwide reputation that even the secular media praises for their ascetic lifestyles that leads to societal good for all members of the community.

Two cults comes to mind when one considers a devotion to the Cross of Christ, a denial of self, a giving to society and a vigorous proselytizing. Let’s take a closer look at these two cults.

The Church of Christ does repudiate the charismatic movement with its emphasis on signs and tokens to the neglect of the Written Word of Holy Scripture. They do not believe in Prophets and Apostles for they believe that as the Scriptures are complete and closed God is no longer speaking through such. With scriptures like Hebrews 1.1 they teach that God who in former times used Apostles and Prophets to speak to His Church is now speaking thru the Scriptures for that is Christ (John 1.3).

Thee Church of Christ believes in the Holy Spirit infilling but religiously denies the speaking in tongues as an action of the Holy Spirit. They believe that the Holy Spirit comes upon a person to make him want to be righteous, committed to the cause of Christ, empower him to live the Christian life and be a witness to God. They read of the Holy Spirit filling men and women as recorded in the Acts of the Apostles and take note of speaking in “tongues” as one of the outward signs of it yet deny the modern move of ‘tongue speaking’ because it is a subjective event that neither proves nor disproves a thing about the genuineness of the persons salvation.

For the members of Church of Christ the evidence that one believes in Christ and has the baptism of the Holy Spirit is that one is living a life that others can attest to has having being changed for “by their fruit you shall know them” (Matthew 7.16), and by the witness one makes for Christ.

The Church of Christ does not believe in tithe paying. “Tithe” is a tenth part of a person’s income, either in kind or money paid to the Church for the upkeep of the clergy. The Bible records that when Abraham paid a tenth of all he had to Melchizedek (Genesis 14.20) and he is commended for it in Hebrews 7.4 for the faith he showed in doing that. *The most popular teaching on tithe as propagated by some sections of the Church is rather found in an obscure chapter in the last book of the Old Testament. “Bring all your tithe into my storehouse so there may be food in my house…” (Malachi 3.10).*

The Churches of Christ therefore believe it to be an Old Testament principle that has no application to the New Testament Church. They believe that as no mention is made of it in the New Testament it should not be followed. This belief has led them to publish many papers against tithing. Using the Epistles of Paul as reference they teach “generous giving” for God loves a generous giver (2 Corinthians 9.7).

Seventh Day Adventist
“The first step of apostasy is to get up a creed, telling us what we shall believe. The second is to make that creed a test of fellowship. The third is to try members by that creed. The fourth is to denounce as heretics those who do not believe that creed. And fifth to commence persecution against such." (J. N. Loughborough in Review and Herald, October 1861)

With such brave words one can only assume the Seventh Day Adventists (SDAs) have no creed or formalized doctrinal statements but they do.

Seventh Day Adventist hold the central doctrines of Protestant Christianity; the Trinity, the incarnation, the virgin birth, the substitutionary atonement, justification by faith alone, the second coming, the resurrection of the dead and the last judgement.

Only a few teachings are held exclusively by the SDA but it does have some distinctive doctrines. Some are the perpetuity of the seventh-day Sabbath, the unconsciousness of man in death, conditional immortality, historicist approach to prophecy and an investigative judgement.

Seventh Day Adventists believe that death is a state of unconscious sleep until the resurrection. The use texts such as Ecclesiastics 9.5 and 1 Thessalonians 4.13-18 to teach that death is just a form of slumber. Most evangelical Christians will agree with that except that the SDA goes further to teach something they call "conditional immortality."

Conditional immortality rejects hell as a worthy punishment for sinners and all who refuse to believe in Christ's atonement; rather they adopt an heretical stand that has no foundation in the Scriptures they affirm to believe. They teach that sinners will be permanently annihilated at their resurrection.

Seventh Day Adventists consider themselves the "remnant" of Revelations 12.17, announcing the arrival of the judgement hour, proclaiming the salvation through Christ and heralding the second coming.

Both the Churches of Christ and the Seventh Day Adventists have teachings that are alien to the Spirit of Scripture but they stress on a personal relationship with Christ, meticulous attention to Scripture over "fresh oil," witness through a transformed moral and societal life, and a preparedness for the soon coming King.

These are some of the things you'll not find being taught in the big name Churches making the rounds in places of power and the media. It will be almost impossible to hear messages on "God's will for you is financial riches" or "20 steps to pleasing your boss" but you can be sure that the lessons taught in these cults are such that it increases productivity which leads to personal wealth and produces people who see the glory of God in work.

You're invited to share your views and opinions. WhatsApp me for all your writing jobs: 0554615584