Genophobia: The fear of sexual intercourse 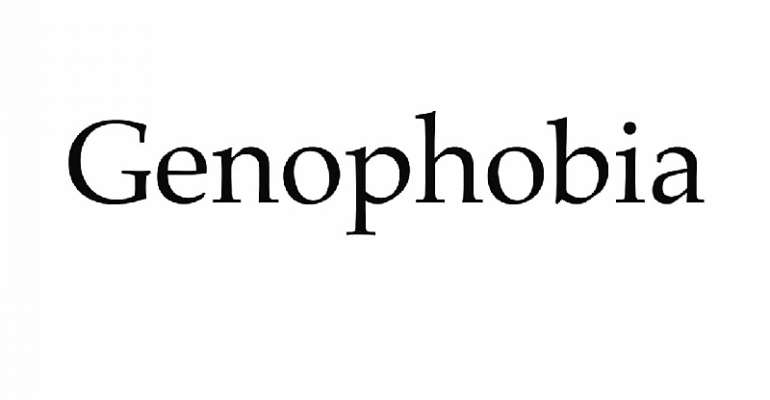 Sex is one of the fundamental pleasures of life. For many, it is a conduit to reproduce to ensure the continuity of the human race. Sex has been recognized for being capable of relieving individuals of stress, strengthening the immunity of individuals and contributing positively to life expectancy. Despite the immense significance of this pleasurable act, there are some section of the population who do not enjoy it. This article therefore seeks to expatiate on this issue and discuss some symptoms, causes and remedies to enable persons in this sect to enjoy sex.

Genophobia is the term used to describe the fear of sexual intercourse. It can also be referred to “coitophobia” or “erotophobia”. There are other fears associated with the genophobia including the fear of seeing others naked or being seen naked (gymnophobia); the fear of being touched or touching others (haphephobia); and, the fear of pregnancy and childbirth (tocophobia). Thus, persons who are genophobic may be frightened of every sexual behaviour/act or simply the sexual intercourse, i.e., the penetration only. So one may be wondering what at all may cause an individual to fear sex and its related activities.

Another significant factor that contributes to the tendency to become genophobic is the cultural and religious context surrounding sexual acts and behaviours. Particularly, most religion and culture in sub-Saharan Africa tend to attach some level of disgust to sex engaged outside the context of marriage. Sex is portrayed as shameful and sinful and subsequently sinks into the psyche of people and thus, contributes to genophobia. Some cultural practices such as female genital cutting (FGC) also contributes significantly in causing genophobia among women.2 The cutting of the clitoris of women reduces significantly their sexual pleasure. Hence, in they endure sex rather than enjoy it. This pain attached to sexual intercourse can cause fear which can worsen to be considered as genophobia. Additionally, some medical conditions as well as the fear of contracting HIV or becoming pregnant can lead to genophobia. Medical conditions such as vaginismus causes severe and consistent pain during sexual intercourse; hence, women become fearful about sexual intercourse.

Given that there are a number of varied causes of genophobia, its remedy will have to be issue specific. However, the first step to overcome genophobia is to accept that one is genophobic. This can be done by identifying certain key signs and symptoms which may include immediate feeling of fear and anxiety about sex; feeling of sex as painful; as well as nausea, palpitations, difficulty in breathing, panic attacks and excessive sweating when exposed to sexual activities. Once this step is accomplished, the next step would be to seek professional help. Professional help may come in the form of psychotherapy and cognitive behavioural therapy (CBT). However, if you want to live with it rather than treat it, there are some available coping mechanisms including living an asexual life or finding a partner who is also disinterested in sex.

In summary, sex is a pleasurable act enjoyed by many across the globe yet genophobia can get into the way of sexual satisfaction. Working together to demystify sex at the cultural and religious level as well as seeking immediate counselling after sexual abuse will be essential to the prevention of genophobia.