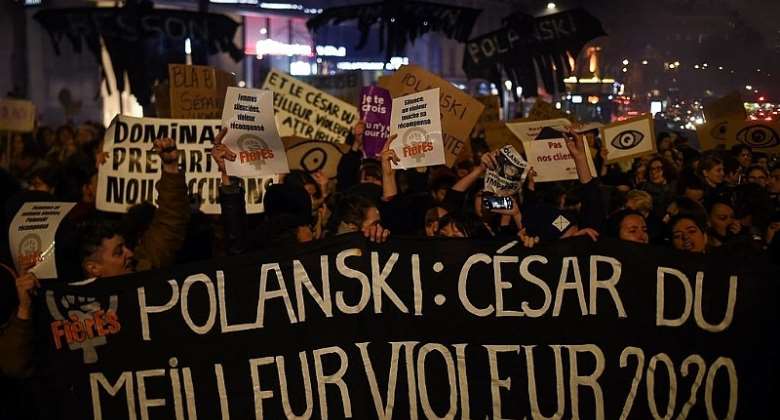 France's equivalent of the Oscars, has announced changes to ensure gender equality and a more democratic organisation, after a series of rows that saw the entire César Academy board resign amid accusations of sexism and calls for reform.

More than 200 actors, producers, directors and movie personalities had accused the Cesar Academy of being out of touch, with the body already under fire after Roman Polanski topped the list of nominations for this year's awards, leading to the board's resignation.

Two weeks later, the glitzy award ceremony on February 28 turned into a fiasco when Polanski – who is wanted in the US for the statutory rape of a 13-year-old girl in 1977 – won best director and best adapted screenplay, prompting French actress Adele Haenel to walk out shouting "Shame!"

"Distinguishing Polanski is spitting in the face of all victims," Haenel had said in the run-up to the Cesars.

The Cesar Academy said that from now on there would be gender parity in all its decision-making chambers, including the presidency where a woman and man would share the role.

The Academy also announced that all 4,313 members who vote for the awards could be candidates to the General Assembly and would be able to choose their representatives in elections scheduled for September.

In the open letter which prompted the board's resignation, over 200 stars from the French film industry denounced the "dysfunction" at the academy, the "opaqueness" in its accounts and the lack of change to its founding statutes.

And on the eve of the dramatic awards night, 30 cinema figures from minority backgrounds lashed the lip service they claimed the French industry plays to inclusion, saying black, North African and Asian-origin performers are mostly confined to stereotypical parts.

Over the years the Cesar awards have been dogged by accusations of elitism, often snubbing films that have been popular among French audiences in favour of more supposedly high-brow offerings.

Hottest Photo Reports
Catch up with all the political quotes from our politicians.
Advertise here
More from France
ModernGhana Links
France tightens grip on motorbike 'rodeos' after teen dies in Marseille
After months of wildfire, France told to brace for floods
Volunteer firefighters under pressure as France battles historic wildfires
TOP STORIES