TEMA Then And Tema Now 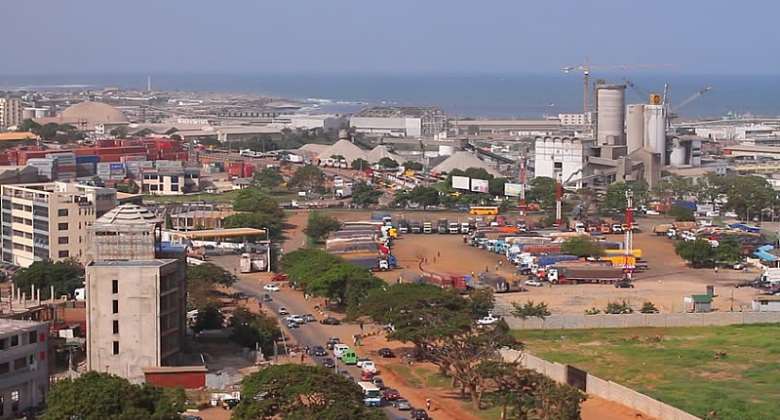 Today is the 1st of July and a day Ghana became a Republic and had its first President called Dr Kwame Nkrumah. It’s been a holiday since 1961 till last year 2019 which saw it cancelled so in effect today will NOT be a holiday and in the near future will be relegated into our history books.

Ghana has a rich history and I believe one of them is the City of Tema which was nicked named the Harbour City and was built by one of Ghana's Most Sensible Presidents as far as some of us are concerned.

I remember some older folks talking about one of his famous quotes when he was overthrown and I quote "My Ghana, My Tema Harbour"

I have stayed in Tema for a while and have observed how everyone socializes with each other from all the communities as if they're from one family so I tried to understand how the whole City was birthed and the mindset behind it.

Nkrumah build TEMA as an industrial hub which housed all the factories and industries you can talk about and he built the Harbour to take care of the Export and Import of Goods and services. The Harbour also took care of the fishing activities and all these employed a great number of people.

Nkrumah then put Tema Development Council in Charge to build The City of Tema specifically for Workers in Tema which I still stand to be corrected.

The Sites of Community 1 was built for the Seamen who worked at the harbour and on Blackstar Line Vessels owned by the State.

Community 2 till date has places called Italian flats which we’re being told were occupied by some Italian Seamen then working at the port and later occupied by the port workers after they left.

Community 3 was recently built also to Cater for workers.

Community 4 & 5 were also designed for the likes of workers of the American company Valco where they had their Club House called Vera.

So on and so forth and till date the communities are running up to 25 and so those who know the history more can continue for us to learn more.

All these were done with Markets and recreational centres throughout the communities.

The Community Center where STC is occupying today used to be the epic centre and it housed a Book Library for the kids, a boxing gym for the sporting youth, a Cenima Hall and a Court Room for cases and just across the street we had elpasso where most of our Seamen enjoyed their bottles of beers alongside Live band in the evenings.

There was also the CASINO in Community 1 since you know that Gambling is one of the Seaman's delicacy.

Community 7 was also housing Seamen so if you look carefully you will realise that the hottest places in Tema used to be Community 1 and Community 7 and a little bit of 8 which had the biggest nightclub called GEM Night Club.

The industrial workers also had their communities and all what was happening in Tema was workers working hard during the day and meeting in the evenings to share ideas.

As for the Seamen it was always party especially when they returned from their Trips.

Meridian Hotel was built by Nkrumah as a hub for Visitors and Businessmen to meet and transact business and I even heard he had a secret underground tunnel that lead to a special room designated for him and that Hotel was the Center of attraction which had a song composed for it titled Meridian by the Great band called Wulomei.

The streets of Tema was tarred beautifully with less cars plying on them because the Trains were also actively commuting from Tema to other parts of the City and you didn't need cars that much.

The sewage system which was channelled straight into the sea was the best and the plumbing works took care of the population then.

I'm yet to ask how the workers were paying for their rents but I know as time went on a lot of people started finding Tema very attractive and most private folks joined the City and started making it more of residential than a workers hub.

The population started growing very fast and offers of selling the houses to the working occupants came first and those who couldn't afford or lost their jobs exited for more residential people. Some who bought it also sold it to more residential dwellers.

Now, as the population grew faster the development of the place didn't grow with it and all that was happening was lands being sold to private individuals leaving the development behind and today you look at Tema and all you see is the Sad Present of a Great Past.

A simple thing like the sewage could not be developed with time to cater for the growing population and you drive around town with sewage water all over the places of work and residence.

The roads are gone and the chilling places are no where to be found in fact the Great Meridian hotel is just left to be demolished because it was never maintained and all this changes from a planned city to a messed up one happened in a short span of about 35years if I'm right.

Honestly, under normal circumstances the City should have grown better and more beautiful with Time and not rather deteriorating and devastating with time but this is Africa and Ghana to be precise where the culture of maintenance is thrown to the dogs.

Like I said I dont know too much about the history of Tema but it is clear that if the history is not told we might lose it sooner than later and if we don't know where we are coming from then we should just understand that we have no future.

Now the places designated for our children to play have either been sold or occupied by reptiles.

Indeed the future of these kids looks gloomy since all this generation thinks about is money which is a commodity that is never sustainable and infact infinite.

Today as I type there is a huge structure at Community 2 opposite the Police station which was constructed under a year to house uncountable offices but the cost per square meter rent has made it a tourist attraction with just a few occupants.

Drive through a popular place called Steps just opposite the TMA offices and beautiful structures for residents tagged as affordable have been erected yet nobody is occupying them because they cannot Afford affordable houses.

Let me just end here because the story of Tema cannot be exhausted in one write up or post but it needs an entire Book which I'll urge the TDC to sponsor so it can be documented for the future generations to know that we once had great Leaders with Great Minds who did put Ghana First.

Wouldn't mind getting some recommended books if any to read as well.

Have a Happy Republic Day.

More Feature Article
ModernGhana Links
Bawumia Should Beat Alan Fair and Square in 2024 Presidential-Primary Contest
Peter Dutton’s Defamation Defeat
Fixing The Country: Open Letter To President Nana Addo On The Need For 2 Years Economic Recovery Program - Part Three
What is Hon. Okudzeto Ablakwah saying?
Achieving speedy interlocutory appeals in civil cases: Lawyers and litigants’ dream.
Who says Ghanaians relished the flavour of peace from 2009 to 2016?
This Is Why You Should Never Ask A White Woman Her Age Or Her Phone Number When You First Meet Her
Reviewing the Free SHS Policy
Why Has Fighting in Ukraine Led to Food Emergencies in Africa?
TOP STORIES

Security delegation from Accra land in Nkoranza over murder ...
17 minutes ago