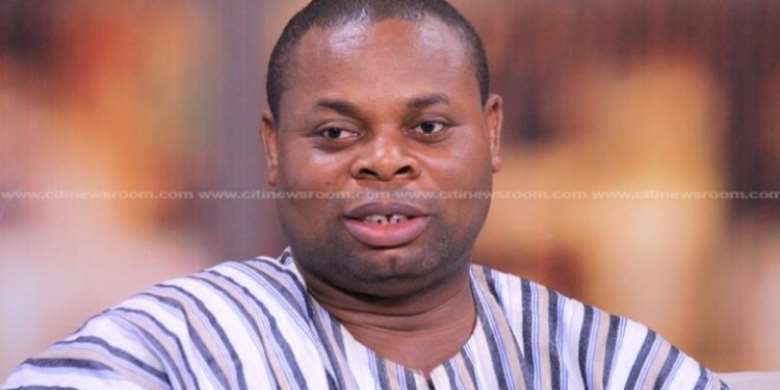 Franklin Cudjoe, the Founder, President and Executive Officer of IMANI Africa risks losing credibility of his policy and education think tank in his bid to resist the compilation of new voter register by the Electoral Commission of Ghana (EC) and its unguarded words to discredit the ruling of Supreme Court of Ghana on the issue of Ghanaian citizenship Identification.

The Supreme Court threw away Franklin Cudjoe’s attempt to join two cases before the Court which are asking the Court to stop the EC from compiling new voter register. The Supreme Court's Justice Baffoe Bonnie, in his ruling on Wednesday, 24 June, 2020, says that the policy think tank Imani Africa and other civil society organisations that had attempted to join the two cases against the compilation of a voters’ register by the Electoral Commission are not neutral.

The seven-member panel of Justices presided over by Chief Justice Kwasi Anin Yeboah unanimously dismissed the request to allow the think tanks to join the case saying their application is not supported by law.

The groups have been at the forefront of the push to ensure the EC does not undertake the exercise insisting this is a waste of scarce resources. Lawyers for the Groups filed an amicus brief application. This is a request by someone who is not a party to a case to be allowed to join it to demonstrate expertise or provide knowledge that will have a bearing on the case.

The National Democratic Congress (NDC) and one Mark Takyi Banson are seeking various reliefs relative to the register compilation by EC. IMANI Africa requested to join the cases with Conservative Policy Research Centre and Institute for Liberty, Policy Innovation Alliance for Social Equity and Public Accountability (ASEPA). The Court dismissed the application holding that it is without legal basis.

The lawyer representing the groups, Joe Aboagye Debrah, was stopped in his tracks by members of the judicial panel who questioned whether they are indeed coming as friends of the court to assist it or as friends of a certain party in the case. Chief Justice Anin Yeboah asked the lawyer whether he had read the two cases pending at the Apex court. He responded that he had not read it but had only seen some affidavits.

The Chief Justice asked Mr. Aboagye Debrah how could he then conclude to add something new to the case before the Court if he had not read the writ.

Frankling Cudjoe said in a Facebook post that “the Supreme Court risks losing ‘considerable legitimacy’ if it rules out the (old) voter’s ID card and birth certificate as proof of identity in the upcoming voter’s registration exercise.

The Electoral Commission maintains that the two documents are not credible enough to be accepted as proof of identity in its upcoming mass registration exercise.

The Commission in its case against the National Democratic Congress (NDC) at the Supreme Court argues that: “In respect of the cards issued pursuant to Constitutional Instrument (C.I) 12, the 2nd Defendant (EC) has found that those voter identification cards were issued without any form of identification at all and its ineligibilities, breaches and excesses were imported into the 2012 register pursuant to CI 72 in breach of Article 42 and displacing the credibility of the CI 12 cards”.

The case was yet to receive judgment at the Supreme Court. However, in a post on Facebook, the IMANI boss said Ghana’s Democracy will suffer if the Court accepts the position of the EC.

” Let us make no mistake about this, any court that rules that birth certificates and/or (old) voter ID cards can be rejected for voting identification purposes shall immediately lose considerable legitimacy, dragging the Judiciary into this quagmire of democratic ruin.

“But should the courts restore the validity of those documents, after the EC has completed its worthless exercise of disenfranchising all current voters and re-registering them afresh for no sensible reason, the EC shall be forced to re-open registration, throwing the electoral calendar into an even worse mess than it currently is in”.

IMANI Africa has carved a niche in Ghana’s policy environment for putting out objective and independent analysis and critique on issues social policy, economy, energy and natural resources, innovation, science and technology since it was founded in March 2004.

IMANI Africa has been consistently ranked among the top 5 most influential think tanks in sub- Saharan Africa and among the top 100 worldwide. In 2010, Franklin Cudjoe was named a Young Global Leader by the World Economic Forum in Davos, Switzerland. He was named a fellow of the Africa Leadership Network in 2012, and the only named Think Tank Leader in “Top 50 Africans” List of the respected Africa Report Magazine in 2012.

But Mr. Cudjoe’s position and that of his IMANI on the ongoing election reforms with respect to the new voter register and the issue with credible citizenship identification will go a long way to tarnish his hard earned credibility and that of his IMANI Ghana. His arguments are sightless and lack thoughtful reasoning. His arguments against the compilation of new voter register and exclusion of old voter ID cards and birth certificates as identification requirements miss the points.

In the wake of the historic 2012 election petition at the nation's Supreme Court that challenged the declaration of the winner as the duly elected presidential candidate, several recommendations were made by the Supreme Court that paved the way for numerous interventions aimed at putting together proposals for electoral reform to fine-tune Ghana's electoral processes.

Among the reforms ordered under the Supreme Court ruling by Justice William Atugubah in September 2013 were the streamlining of the Biometric Device System to avoid breakdowns and audit of the voters’ register and rid it of those who used the National Health Insurance cards as identify of a Ghanaian.

The Supreme Court of Ghana, in a ruling in 2016 ordered that those who used the national insurance cards as identity should be removed from the register. The Commissioner, Ms. Charlotte Osei promised to audit the register and remove the names of those who used national health insurance cards according to the Supreme Court ruling. But the audit did not come on until her removal from office in 2018.

Again, in July 2017, during the trial of Ms Osei, the former EC chairman by a committee set up by the Chief Justice, Justice Sophia Akuffo to investigate complaints and corruption allegations leveled against her, in which she was accused of breaching procurement laws in awarding several contracts, prior to 2016 Ghana elections, she alleged that one of her deputies, the Deputy Chair of Operations, Amadu Sulley, has persistently effected illegal vote transfers from his office on the voter management system.

Charlotte Osei, who believes this was in clear breach of the law and operational policies of the Commission insisted such actions had “major implications for the integrity of the work of the Commission and constitutes abuse of office.” Mrs. Osei made this revelation in her response to the petition filed by the employees of EC that was calling for her removal at the time.

Her response which was filed by her Lawyer, Thadeaus Sory also made other damning allegations against Mr. Sulley including a claim that the latter illegally bagged 6 million cedis from political parties. “The Deputy Chair Operations collected funds of six million Ghana cedis in cash from political parties for the organization of party primaries without recourse to the structures of the Commission, without the involvement of the finance department of the Commission.” She alleged.

Among the election reform proposals, the only one which the Electoral Commission rejected was the “no verification, no vote principle” (EC 2015). In the opinion of the EC, it would be unfair to turn back a voter if machines are unable to determine who is eligible to vote. The commission indeed recognised that the right of a citizen to vote is fundamental and guaranteed by the 1992 constitution.

In its view, it has an inherent mandate to ensure that every eligible voter gets the opportunity to vote. The commission argued that in the absence of the biometric verification device, or when it malfunctions, there should be other physical or manual means of verifying voters in order not to disenfranchise Ghanaians.

There were several issues that created doubts in the minds of many Ghanaians regarding the commission's preparedness for the task ahead. For instance, in the wake of several calls for electoral reform, the commission was caught in a quagmire of justifying the need to design a new logo.

There were unresolved issues with the voters’ register that led to the fear that many people who used the national health insurance identity card to register were not given ample time to re-register in accordance with the Supreme Court ruling. Again, there was no clarity regarding how the register was going to be pruned to rid it of the names that were not supposed to be on it.

The National Identification Authority (NIA) can accept, in addition to passport, birth certificate, voter ID card, driving license and SSNIT registration number, because NIA is registering all Ghanaians, including ineligible voters and non-Ghanaian residents. But the Electoral Commission cannot accept birth certificate (because not all babies born in Ghana are Ghanaian citizens), nor driver’s license (because non-Ghanaian residents can also have Ghana driver’s license), neither the SSNIT registration number.

Court actions cannot hinder the work of the Commission. In the wake of numerous court actions by disqualified political parties against the EC in 2015, the Commission did not see any disruption in the impending 2016 polls. Chairperson Charlotte Osei announced that almost 90 percent of preparations for the elections had been completed. "You cannot only look at the case from the perspective of those whose nominations were not accepted. You also have to look at the rights of those who met the requirements within the nomination period. So we have to be very balanced and we have to follow the law," Osei said.

The success of electoral reform, even though it must be a shared responsibility, must be the concern of the commission more than any other stakeholder. In this regard, the EC may work with the other institutions, but to ensure that all proposals are implemented lies solely on the commission. The roles played by Inter-Party Advisory Committee (IPAC), Institute of Economic Affairs (IEA), Ghana Political Parties Program (GPPP) and other stakeholders are very important, but their decisions are not mandatory to the work of the Commission.