If You Can’t Handle It, Don’t Accuse Him Of Rape 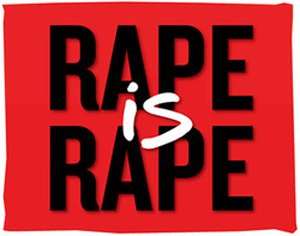 For years, sexual violence has been thought of as a crime against females with the males being the culprit in almost all circumstance and all populations. Sexual violence and abuse including defilement, sexual harassment and rape have for long been in favour of women. This is mainly because females have usually been the victims due to the social construction of “vulnerability” of women.

Despite the fact that in almost all of the reported cases of rape the accused is almost always guilty, there is a growing concern about how women are beginning to use this statistical backing to falsely accuse men of rape. This is what this article seeks to communicate. Does false accusation of rape against men exist? Why would women falsely accuse men of rape? What is the impact of this false accusation on the man? These are questions that will be answered in this article.

Does false accusation of rape against men exist?

The answer to this question is a big, fat YES! Men are sometimes falsely accused of rape. It is important to note that about 2-10 percent of all reported rape cases tend to be false accusations [1]. Despite the low statistical power of this proportion, it is important to know and appreciate that men are sometimes accused falsely of rape. This statistic is an average and may differ from place to place. For instance, per statistics from the National Crime Records Bureau in India (2016), a quarter of the cases of reported case were actually false rape accusations [2]. This clearly shows that there are variations in the number or proportion of men who are falsely accused of rape.

It is worth noting that in almost all cases of false accusation of rape, the accuser has a history of fabrications or criminal fraud. This does not undermine the significance of false rape accusation.

Why would women falsely accuse men of rape?

This is a million-dollar question that baffles my comprehension. However, after some reviews, I believe there are some patterned reason why a woman may falsely accuse a man of rape.

The first reason is what I call the Potiphar’s Wife Syndrome (PWS). This is from the biblical account of false accusation of rape on Joseph, son of Jacob. In fact, this is a classical illustration of the ordeal men go through in their quest to refrain from unsolicited sexual intercourse. PWS postulates that a woman would accuse a man falsely of rape when they feel humiliated, embarrassed or rejected. A rejection of sexual advances from a woman can deeply hurt their pride and ego and temporarily affect the cognition and rational thought processing. In the moment of feeling rejected, the emotionally rational thing is for them to get revenge for the rejection. Hence, they resort to the false accusation of men of rape.

This is clearly seen in the Joseph-Potiphar’s wife scenario. In Genesis 39:7-18, this account is explicitly stated there. In verse 7, Potiphar’s wife makes unsolicited sexual advances towards Joseph, “and after a while his master’s wife took notice of Joseph and said, “Come to bed with me!”. However, Joseph refuses this advances in verse 8. This did not happen once; it happened again in Verse 12 but with this time around, some amounts of force for Joseph to have sex with her which of course she was rejected again. This situation led to a feeling of rejection and humiliation. Consequently, Potiphar’s wife decides to take revenge for that rejection by falsely accusing Joseph of rape in Verse 18, “That Hebrew slave you brought us came to me to make sport of me. 18 But as soon as I screamed for help, he left his cloak beside me and ran out of the house.”

Clearly, the PWS is a very strong factor for women to falsely accuse men of rape.

This is another reason why a woman may want to falsely accuse a man of rape. This situation usually happens when unintended pregnancies result from consented sexual intercourse, but for the fear of reproach by the family, friends and societies, women will rather opt to accuse the man of rape than to bear that shame. In most cases, it is the family of the woman or girl who would actually press charges of rape in this instance. They do it as a way to ensure that the guy takes responsibility of the pregnancy. Hence, at the beginning, they would falsely accuse the man of rape and then later settle for an out-of-court settlement which will force the guy to take responsibility of the unborn child and the pregnant mother. So in such scenarios, the third party who believes in the purported lie becomes the driving force to see the accused trialed and convicted.

Another important motivation for false rape accusation is for personal gains. These gains can be monetary or non-monetary in nature. Some women exploit the premise of rape to extort men who may have had consented sex with in order to gain some unmerited favours. According to Newman [1] there have been cases where the accuser falsely accused a man of rape with the intent of cashing out some cash. Apparently, this woman had previously been involved in similar fraudulent acts of extorting some men to get some insurance claims. Besides the financial gains, some women accuse men of rape as a way to get a stronger alibi to stay out of a drug charge or prison. According to Lawyer Sharma, speaking to Dhillon in New Delhi, India [2], women who falsely accuse men of rape do that to extort them of the money by promising to withdraw the rape charges if the agree with their terms.

What is the impact of this false accusation on the man?

False rape accusation is very detrimental to the mental health of the accused. The entire court process and proceedings is one that can leave a lasting mental health strain of the man. Men who are falsely accused of rape face stigma and discrimination from their community and societies even though it has been proven that they are actually innocent of the charges. Rape accusations are such that, there is a complete and swift defamation of character and total damage to personal reputation. This is something that a simple court redress can’t solve. The damage is permanent and forever, the accused will have to strive to live in shame for what they haven’t done. The situation worsens when the accused actually serves a prison sentence before they are found innocent upon subsequent appeals. Such situations can cause post-traumatic stress disorder and can actually cause the man to become what he has been accused of being, that is, becoming a rapist. Hence, it is important to discourage false rape accusations because their impact is negative and permanent.

Beyond the impact on the man, false rape accusation has the potential of undermining efforts made to ensure gender equality. Gender equality is not women empowerment; therefore, if men become increasingly accused of rape, then it will affect the current status quo on gender equality. Additionally, this false accusation can also deflect true rape cases. People will question every rape accusation and that may not reflect well for dealing with rape for good. In effect, genuine victims of rape may not be able to get justice. As the saying goes, “One bad nut can affect the whole soup”. Therefore, the is the need to increase sensitization of the general population about false rape accusation and its impact to both the accused and genuine victims of rape and the fight against rape.

Rape is not a woman’s matter; it is a human matter!