Corruption Doesn't Have A Colour 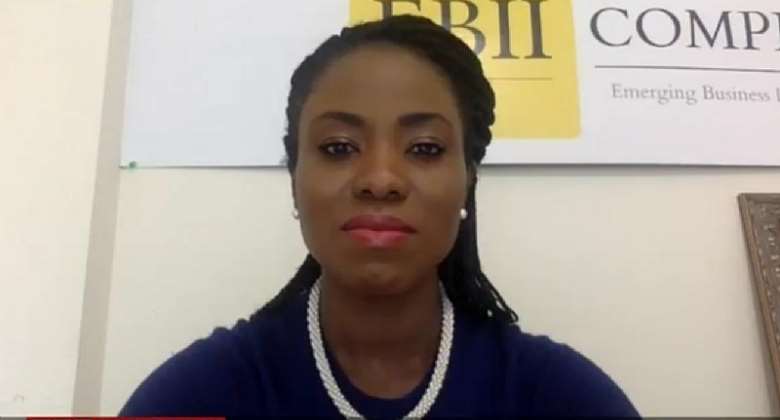 Africa has always been perceived by western nations as a corrupt continent, with almost all the international organisations and rating agencies rating the continent as high risk. But the truth is that corruption has always existed in different forms and is not determined by politics or geography. It exists in rich and poor countries, the developed and developing nations alike. However, countries in Africa seem to be penalised for corruption a lot more and are often perceived as more corrupt than other places. In a recent (ICIJ) investigation; How Africa’s Richest Woman Exploited Family Ties, Shell Companies And Inside Deals To Build An Empire, we see evidence of the global nature of corruption. In that example, a diverse group of actors including banks, lawyers, accountants, and real estate agents in several other nations contributed to making the corrupt practices a reality.

According to Transparency International, Non- African actors play a significant role in fuelling and perpetuating corruption in Africa, the most common corrupt acts being bribery and money laundering. Weak systems have been a major contributing factor to the existence of corruption. Furthermore, in some cases, political leaders make deals with foreign businesses to promote their personal interests at the expense of the citizens they serve.

The root cause of corruption has a lot to do with ethics, culture, governance, controls framework, laws, and the enforcement of these laws rather than any specific geography. As highlighted in my article published in April 2019, a UN Economic panel exposed global multinationals for using a variety of means to siphon large sums that the African continent desperately needs. According to estimates by Global Financial Integrity, commercial transactions by multinational companies involving illicit cross border international trade make up 60% to 65% compared with drug trafficking and smuggling which make up only 30% to 35%.

Additionally, when countries that export large volumes of goods and services around the world fail to investigate and punish companies that pay bribes, it becomes difficult to actively prevent this type of activities. Having said this, banks have stepped in this area with robust due diligence programmes which is instrumental in the detection and prevention of corruption and money laundering.

Of course, there are deep problems in Africa. Still, there is much that is positive. Many countries are growing fast. The likes of Ethiopia, Rwanda, Senegal, Ghana, and

Ivory Coast have logged impressive records. In 2018, six of the top ten performing economies in the world, albeit from a low base, were African. This feat was repeated in 2019 although Covid19 may have stalled that now. What needs to be done to ensure that these glimmers of hope do not fizzle out is training and education. Educating citizens on their civic responsibilities and sensitising them to the impact of their actions on others. Demonstrating to them with practical examples that corruption affects the proper running of governments, distorts the correct functioning of economic and political institutions and hampers transparency.

Africa has seen many positive developments in terms of governance. For instance, an improvement in democracy galvanised by swift urbanisation and social media is helping to put African leaders under greater scrutiny. Significantly, many countries came together in 2019 to form the African Continental Free Trade Area. Though in its infant stages, the creation of a single market with an average of $3.4tn in combined output could help create economies of scale. At the moment, it appears the pace of positive developments differ from region to region however, it is hoped that the coming together of African nations to form the African Continental Free Trade Area and the governance around the same thereof will help standardise these positive developments across the continent.

Additionally, African leaders are becoming savvier in how they deal with foreign investors. They are working harder on technology transfer, improving labour conditions and increasing local content. A few countries, including Ethiopia, Ghana and Rwanda, are showing signs of having learnt lessons pioneered in Asia. Leaders have ratified, implemented and are reporting on the African Union Convention to Prevent and Combat Corruption (AUCPCC). The great work that the Inter- Governmental Action Group against Money Laundering in West Africa (GIABA) is also evident with risk assessment completed in 2018 and more recent AML report on the West African Mining sector completed in 2019. In addition, in Ghana, the sanctioning of all reported cases of corruption have increased with the help of the Financial Intelligence Centre (FIC). Also, a step in the right direction has been taken by the Bank of Ghana in conjunction with the Financial Intelligence Centre regarding the Anti Money Laundering & Combating the Financing of Terrorism Directive which came into effect in July 2018.

Furthermore, the Public Procurement Act 2003 of Ghana sets out minimum standards and guidelines for ethical procurement and adopts open contracting practices, which make data clearer and easier to analyse.

It would be beneficial for business leaders around the world to implement international anti-corruption and anti-money laundering standards to combat financial crime across the board.

African economies are re-orientating the minds of the people. Industries and new opportunities will spring up post Covid19 in Technology, trade, agriculture, commodities and finance

In order for investors to keep their investment secure, they must stay close to it. Investors must make no assumptions or manage by proxy. They must ensure they understand the market and the players and stay involved.