Wa: Lemon Price Shoot Up Due To High Demand As Covid-19 Immune Booster 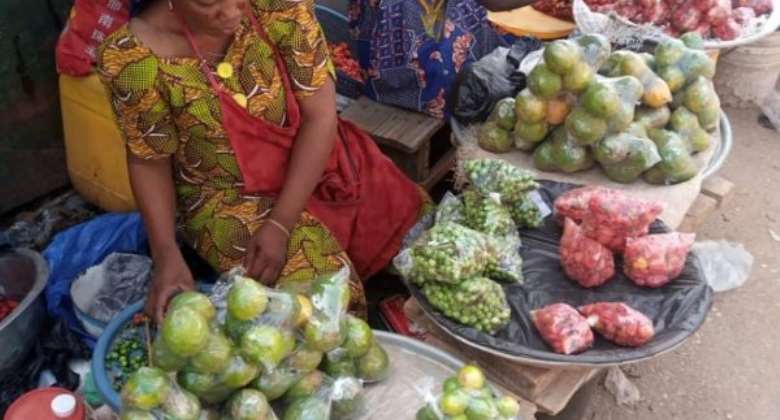 The reason for the sharp increase in demand according to Madam Fati Zackaria, a lemon seller in the Wa market is due to the COVID-19 pandemic, which has to do with the immune system.

Speaking in an interview with the Ghana News Agency (GNA) in Wa, Madam Zackaria explained that her attribution of the increase in demand was due to the fact that in the past a lot of people did not patronize the fruit until recently when the virus hit Ghana.

“Lemon is not produced here, it's produced down south. We go there to buy and transport it to Wa to sell, but at the end of the day, the thing will stay there and dry up due to little or no patronage and we run at a loss,” she said.

According to Madam Zackaria, it came to a point they stopped buying it due to the lack of market for the fruit, noting however, that since the news broke about the presence of COVID-19 in the country, people started asking for it, thereby compelling the sellers to start buying it again from source.

On the price increase, the lemon seller said they used to buy the lemons at GHC35.00 per bucket, but since the demand had increased, the producers also increased the price to GHC70.00 per bucket.

“Because of this, we also sell two big sizes for GHC2.00 and three for GHC2.00 for the smaller ones, whilst five big ones and six smaller ones go for GHC5.00,” she said and stressed that, despite the price increase, the demand was still higher than the supply.

Meanwhile, some women have also taken advantage to begin hawking the fruit from house-to-house and from office-to-office due to the high demand.

Ms. Jane Banamwini, one of the buyers, told the GNA that she saw on social media that lemon was good for boosting the immune system against the virus, if put in warm water, adding that since then she had been taking it religiously.

“When I watch television and see the havoc the disease is causing especially in the western world, it's scary; so we are taking precautionary measures in trying to keep a strong immune system even as we observe the recommended protocols,” she said.

Mr Moses Dramani Luri, Chief Executive Officer (CEO), Social Initiative for Literacy and Development Program (SILDEP), a usual lemon user, told the GNA that he first read about lemon and its nutritional properties on the internet and discovered it could also help in weight loss.

He said since he committed himself to taking lemon daily, he had lost significant weight making him a more active person than before.

Mr Luri who used to buy his lemon from Tumu market in the Sissala East Municipality at GHC5.00 per bowl, said he could not get it again at Tumu due to the general increase in demand.

“They used to bring it from Wa to Tumu to sell, but because of the increase in demand, now we don't get it in Tumu anymore. So I always send messages to people to buy it and give it to the public transport drivers to send to me at an extra cost,” he said.