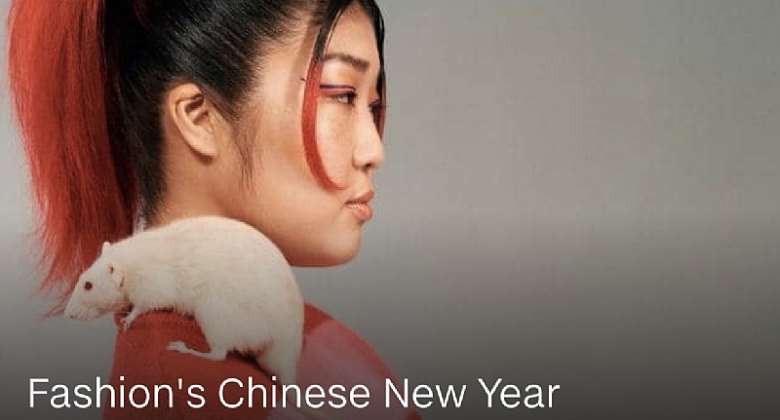 Somewhere around January, 22 of this year, CNN published an article, “Fashion’s Chinese New Year quandary: Can rats ever be luxury?” it was titled. It was accompanied by a thumbnail of a Chinese fashion model with a white rat perched on her shoulder. I thought surely they must not be serious. The vectors of the bubonic plague itself, carriers of about 180 different zoonotic pathogens. Rats? Humanised? Surely, they cannot be serious. The article turned out to be an exposition into consumerism in the context of the fashion industry’s commercialisation of a deep-seated Chinese tradition.

But it got me thinking—because it had only been a day after this article that China recorded 655 cases and 18 deaths from COVID-19, with the virus spreading to 9 different countries—it got me thinking about humankind’s relationships with animals—these checkered relationships, some ecological, some cruel, others very unnecessary and dispensable.

This is not a pointless thing to ponder over for research shows that about 61% of human pathogenic diseases are zoonotic—meaning they are diseases that spread from animals to humans. 70% of these zoonotic infections caused humans originate from wildlife. A complete disassociation of humans from animals is too absurd, and un-human even. Yet, our relations with animals need a serious check. Worldwide vegetarianism and veganism is, too, an absurd recommendation for a naturally omnivorous mammal such as humans; yet our palate for and agglomeration of certain animals need vigorous checks and balances.

Countries worldwide, throughout history, have made their individual contributions to the emergence and spread of zoonotic diseases; China’s contribution has been dense. Concerns about China being established as hubs for such diseases must be especially worrying due to certain secondary factors, such as population density and the nation’s status as the age’s major industrial hub, with connecting and frequent links between it and various countries across the globe. But more about that in a bit.

The nation’s track record of zoonotic outbreaks—one that worries local and international observers alike—has ranged from containable and low consequence diseases, endemics, to pandemics. Mid 2007, the nation experienced an outbreak of a fatal disease, SFTS (severe fever with thrombocytopenia syndrome). The animal vector was suspected to be something quite elementary—ticks. In 2002, the infamous SARS broke out in the Guangdong Province, it earned its name as the first fatal human coronavirus, the Middle East gave us another coronavirus MERS, only for China to re-emerge, during the latter part of 2019, with COVID-19. Back in 1996, another disease had broken out in Guangdong—HPAI H5N1. The avian influenza H7N9, emerged in China in 2013—the list is quite long. Retracing the steps of patients infected with the disease led to the wet markets of the country.

As inferred earlier in the article, not all animal-to-human diseases are caused by wildlife. A large number of these diseases have been traced to domesticized animals. However, the fact that the possibility still exists in a large number of cases, that some domesticized animals may or may have served as intermediary vectors for these zoonotic diseases, still makes the discomfort caused by the wet markets—very much ingrained in the Chinese culture—merited. Human co-existence with animals, throughout history—a natural phenomenon—has taught us one thing: the inevitability of a defying of the species barrier—of a jump of diseases from animals to humans. But human incessant invasion into wildlife territories shows us that such zoonotic diseases are more likely to occur at exponential rates. Globalisation shows us that these incidence of zoonotic disease outbreaks stand enormous chances of being rendered pandemics within short periods of time.

Eradicating the primary cause

This highly globalised world offer enormous benefits—economic, socio-economic, knowledge and technology transfer, etc. It offers, also, this bane of giving communicable diseases feet, such that diseases which in centuries past, would, in their deadliest have been endemics, now have such pandemic potential that, now, a nation’s cultural, environmental, health practices etc. ought to be made the business of other countries across the globe. This global community our world has become requires that we join voices in the fight against trade in wildlife and endangered species—we must be able to voice our concern about the unsanitary practices in the nation’s wet markets. These wet markets serve as hub for the transmission of diseases from animals to animals, and eventually animals to humans in such assured ways that it renders the persistent emergence of diseases from such markets not surprising at all.

China is the most populous nation in the world. This is fuel for the spread of zoonotic diseases, catapulting them to the status of endemics within a short span. In this information age, the quickly developing nation has established itself as the era’s industrial hub, hence countries worldwide, have its citizenry and businesses trooping in and out of China every chance they get—which is a great thing. However, when a nation of such great importance to this global world community has within it a number of centers which serve very high chances of the occurrence of deadly animal-to-human transmissions, globalisation, a powerful economic tool, turns on its head, and becomes a weapon of mass destruction.

This insistence upon a much more robust preventive system against zoonotic spread is not solely a suggestion from without the borders of China. There have been series of internal pressures from within the country, insisting upon more effective systems to help prevent future spread of such animal-to-human diseases. It is about time the world added its unbending voice to these internal pressures, for it has been the habit of the world to revert back to the lackadaisical after playing defensive against a pandemic or epidemic, and narrowly escaping said disease. In 2003, after the curbing of SARS, China reverted back to business as usual by lifting the various bans placed on the trade in wildlife. COVID-19 has seen an all too familiar ban on wildlife—one would be right to foretell another backtrack, upon the curtailing of this novel coronavirus. The Middle East decided that camels had too grave a cultural importance to be divorced from, hence rendering MERS a periodic disease.

The Science and Common Sense of Staying Alive…

The nature of such disease outbreaks, specifically coronaviruses outbreaks, has been that of little assuredness. Past coronaviruses, for one, have eluded researchers to no end; the present COVID-19 offers the same elusiveness. Each outbreak has left the world with the scenario of walking through a maze, and this is not without the consequence of mortalities—the many lives that are inevitably lost, no matter how well we mollify ourselves with the lowness of some of these diseases' fatality rates—the bottom-line is that at the end of the day, lives are lost. While we labour about, chasing these viruses with the hopes of understanding them well enough to arrive at solutions for them, lives are inevitably lost. And this, the most able of governments, worldwide, are left with the feeling of helplessness. No preparation prior to such outbreaks is enough to actually be ahead of such viruses—the human race is always behind these viruses. It has been two decades after the outbreak of the first fatal human coronavirus—SARS and no vaccine has been arrived at; it has been over a decade after that of MERS, and the same situation ensues.

There have been very few certainties accorded us by COVID-19, SARS, and past avian influenzas, on top of the scant list is the immutability of China’s wet markets as grounds for the festering and transferring of zoonotic diseases. The deadliness of the trade in wildlife and endangered species has not been only so to these animals, but humans too. Like many diseases, prevention seems to be one sure cure. The world owes itself more care in its dealing with animals. Our globalised situation is this: as you concern yourself with the question of what your government and fellow citizens are doing to ensure sustainable development, you must concern yourself too with what foreign governments and nationals are doing to ensure same.

In retrospect, my inadvertent, “Eh?!” upon just reading that CNN title was merited after all.