The key to happy relationships is not all about communication 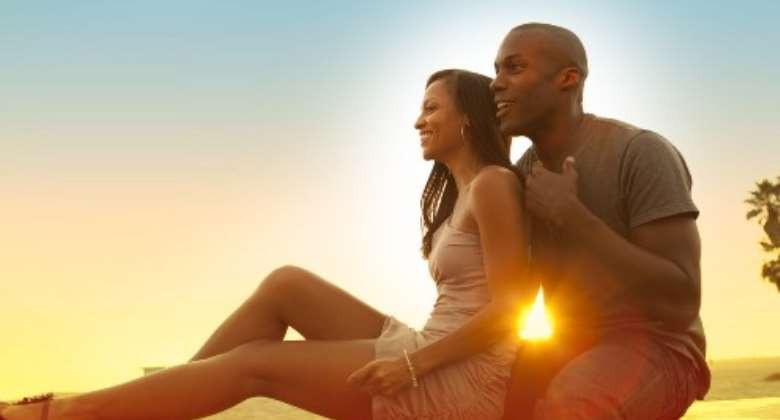 If couples were paying any attention during the past few decades, they should be able to recite the one critical ingredient for a healthy relationship — communication. But the latest study shows that other skills may be almost as important for keeping couples happy.

While expressing your needs and feelings in a positive way to your significant other is a good foundation for resolving conflicts and building a healthy relationship, these skills may not be as strong a predictor of couples' happiness as experts once thought.

In an Internet-based study involving 2,201 participants referred by couples counselors, scientists decided to test, head to head, seven “relationship competencies” that previous researchers and marital therapists found to be important in promoting happiness in romantic relationships.

The idea was to rank the skills in order of importance to start building data on which aspects of relationships are most important to keeping them healthy. In addition to communication and conflict resolution, the researchers tested for sex or romance, stress management, life skills, knowledge of partners and self-management to see which ones were the best predictors of relationship satisfaction.

Couples were asked questions that tested their competency in all of these areas and then queried about how satisfied they were with their relationships. The researchers correlated each partner's strengths and weaknesses in each area with the person' relationship satisfaction.

Not surprisingly, those who reported communicating more effectively showed the highest satisfaction with their relationships. But the next two factors — which were also the only other ones with strong links to couple happiness — were knowledge of partner (which included everything from knowing their pizza-topping preferences to their hopes and dreams) and life skills (being able to hold a job, manage money, etc.).

Couples counselors, however, rarely address these two areas, as the focus on strengthening relationships has been on improving communication to reduce destructive behavior and to build support and comfort for each other.

And learning more about your partner, says the study's lead author Robert Epstein, a professor of psychology at the University of the South Pacific, in Fiji, could be relatively easy if people (men especially, since they scored worse in this area) took the trouble to find out, remember and put to use such relatively simple information as the names of their partner's relatives and the dates of birthdays and anniversaries.

Even more important, Epstein says, is knowing such critical things as whether your partner wants children. While his study did not separate trivial from such profound knowledge, he says that the two are strongly linked.

While other marriage researchers agree that forgetting things like birthdays or food preferences can be annoying and detrimental to a relationship, they believe the importance of life skills that was revealed in the study is telling.

If the couple had this foundation, they'd consider themselves lucky if they also got their emotional needs met. In Marriage, a History: How Love Conquered Marriage, historian Stephanie Coontz traces the gradual erosion of this old idea of marriage back about 200 years in Western society as cultural expectations about marriage changed from one rooted in kinship, property and utility to one in which people were expected to get nearly all of their emotional needs met by one person.

For today's couples interested in improving their relationships, say the study's authors, therapists might consider going back to the basics and incorporating more practical social skills into their discussions. And that may include referring those who lack these skills to money managers or career coaches.

“Communication skills are necessary,” says Lisa Neff, couples researcher at the University of Texas at Austin, “but they're not sufficient when couples are under stress.”

It's important for couples to know how the outside world — whether they can get a job, whether their kids can play outside safely or go to a good school — will affect their relationship even if they have good life skills and good communication skills.

Strong relationships, says Bradbury, recognizes how pressures outside of home and the relationship can influence, and even break down good communication skills.

“Outside,” Bradbury says, “there is a real world that impinges on us.” To deal with it takes not only communication, but also an understanding that even the strongest communication networks among partners can falter and when they're under these intense external pressure. The strategy he suggests for couples he counsels is to join forces rather than turn away from each other. “It's not you against each other; it's you against the world,” he says.

Hottest Photo Reports
Catch up with all the political quotes from our politicians.
Advertise here
More from Love & Relationships
ModernGhana Links
Glorious Happy birthday to Mama Nahid Egala
Rebecca, Please Do The Needful
When there's a Breakup (Part 2)
TOP STORIES