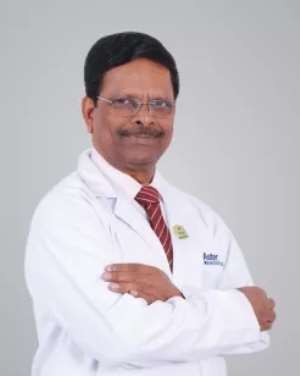 Stroke or paralysis is a debilitating disease of the brain. Nearly 20 million people are affected all over the world, causing 5 million deaths per year and leaving the remaining with variable disabilities. It is more commonly seen in third world countries. Although a majority (nearly 70%) of stroke cases are preventable by the proper management of risk factors, unfortunately not many are aware of this fact. Over the past two decades tremendous advances have been made, both in terms of diagnosis and management of this devastating disorder. The incidence of brain stroke is likely to increase in the next decade in a big way. Even though stroke earlier affected people above 60 years of age, a significant percentage of people below 40 years are also now being affected with stroke. It is high time that the healthcare system all over the world educate the common person about this disorder, make them aware about the facilities available for early diagnosis and management along with its preventive measures. In this regard, a lot of NGOs and other healthcare-related organizations are putting their fullest efforts.

Brain stroke is also now being referred to as a brain attack in order to create similar awareness about its severity as that of a heart attack. People generally rush to a nearby hospital whenever they experience chest discomfort, at the shortest time fearing heart attack. Unfortunately, the same fear is not seen when brain stroke strikes an individual. The reasons for this could be many, like, most strokes may not produce pain, may have minor symptoms which do not bother, or can be mistaken for many non-urgent symptoms.

The acronym F. A. S. T (F-Face drooping to one side, A- Arm drifting on one side when both arms are stretched out, S- difficulty in speech- slurring, T- time to call ambulance) has been adopted by various stroke organizations all over the world to create awareness among the common man to identify brain stroke symptoms at the earliest which helps in early management

The earlier a person with stroke reaches healthcare services which have the facilities to treat stroke, the more chances that he may walk out without or with minimal disability. This period which is within 3 to 4.5 hours after the initial stroke symptoms is called GOLDEN HOURin the treatment of stroke because if treated during this time, there is a very high chance of complete recovery. Within this time the CLOT buster injection helps to dissolve the clot in the brain and helps the brain to regain its blood supply in most of cases. Even in situations when the stroke victim cannot reach the hospital during this golden hour, there are other modalities to remove the blockage up to 6-8 hours after the stroke, but the earlier the treatment is given, the higher the chances of recovery.

It is very important for common people to realize that controlling risk factors greatly prevents the chances of having a stroke. The common risk factors are high blood pressure, diabetes mellitus, high lipid content in the blood, alcohol consumption, smoking, lack of exercise and stress. Among these, the most important risk factor is uncontrolled blood pressure. Apart from these, heart-related problems like irregular heart beating may contribute significantly.

It is the responsibility of every healthcare professional involved in stroke management, NGOs, media and governmental bodies to put their fullest efforts to create awareness among the public about this disabling brain disorder which can cause huge burden not only on the individual’s family, but on the society at large.

Hottest Photo Reports
Catch up with all the political quotes from our politicians.
Advertise here
More from Health & Fitness
ModernGhana Links
Warning signs of a brain tumor one must not ignore
7 Major Causes Of Hair Loss At A Young Age
Hair loss Determined by Age
TOP STORIES