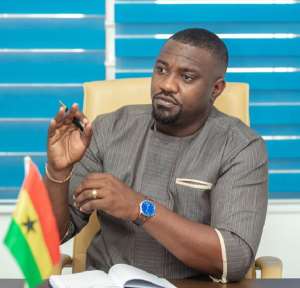 In a recent post on Twitter, the Ayawaso West Wuogon parliamentary candidate under the ticket of the NDC expressed that the industry needs an entire facelift.

"There's been no new tourist sites, nothing!" he added.

The award-winning actor who seems to have an interest in agriculture aside from politics has made several comments on national and social issues on his Twitter page.

The very recent post was when he spoke about the need for government to legalize Marijuana and its related products as he believes fetch the country some foreign exchange.

More from Travel & Tourism
ModernGhana Links
A Trip to the Pool of Opportunities: Deborah Dagogo recounts how it all started
Maame Abena Akwetey, shows off the intricacies of Fort St.Anthony and calls for more local tourism
South African Airways to resume flights on September 27 after Covid-19 shut airport
TOP STORIES