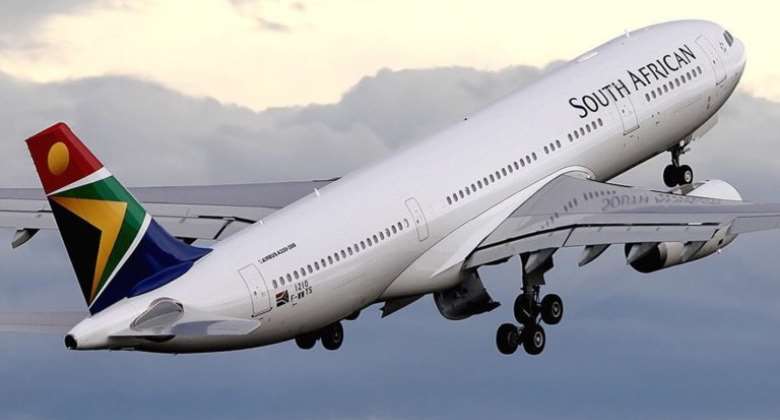 The High Commissioner of Ghana to South Africa, His Excellency, Charles Owiredu has announced the re-scheduled date for South African Airways to resume flights to Accra.

His announcement came after the South African aviation regulators restored the operating license of the airline earlier this month, paving the way for it to resume services.

In an interview with Kobby Kyei, who is on a working visit to South Africa, Mr. Owiredu revealed other plans that the government of South Africa and Ghana are putting together to ensure that the two countries transact business smoothly.

One of the issues that were disclosed during the interview was the re-scheduled date for South African Airways to resume flights to Ghana.

As explained by Mr. Owiredu, “South Africa Airways (SAA), you know had some issues and they’ve stopped flying. Now, they are coming back. From the 27th of this month – September, SAA will be flying back to Ghana. It’s a very good initiative. We came in and pushed for this”.

Moreover, he indicated that there are plans underway to waive visas for visitors travelling from Ghana to South Africa and vice versa. According to him, this initiative is to ensure a traffic-free movement and transaction of businesses between Ghana and South Africa.

“By the end of this year, we will be waiving visas for all categories of passport holders and there will be no need to have visas when travelling. You only need to buy a ticket and your passport”, he stated.

Speaking on when this initiative would start, Mr. Owiredu expressed that the framework has been done. They are only left with the agreement to be signed by the two Foreign Ministries.

He reiterated that these are some of the measures to ease some of the bottlenecks that Ghanaian businesses face when coming to South Africa and vice versa.

Hottest Photo Reports
Catch up with all the political quotes from our politicians.
Advertise here
More from Travel & Tourism
ModernGhana Links
We need to rethink tourism - John Dumelo
A Trip to the Pool of Opportunities: Deborah Dagogo recounts how it all started
Maame Abena Akwetey, shows off the intricacies of Fort St.Anthony and calls for more local tourism
TOP STORIES