The Need For Psycho-therapeutic Healthcare Facility In Schools 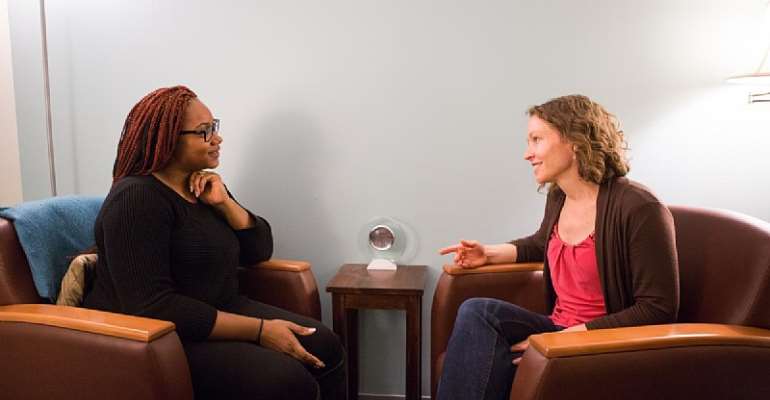 Here, I’m gonna kill two birds with one stone, First is a proposal and second is a contextual analysis. Is the establishment of student therapy required at the tertiary institution? Students in various schools are faced with a hellfire of problems, from home, school and all works of life. People have issues bottled in their hearts and would need someone to tune in and prompt them as needs be. There are students with academic issues. Imagine a particular student failing everyone now and then and no one knows that going on in his mind, all we see is a failure. No one… something is going on in there that needs to be addressed, this is where we need a student health care to provide therapy for the student. Personally, I haven’t come across one, but I trust it will serve the mental needs of students at the tertiary level.

Not many schools, particularly the universities have adopted psychotherapy in their school where students with psychological issues could visit a campus-based therapist to examine their challenges be it academic or relationship issues. These treatments are usually done with all ultimate confidentiality by a trusted therapist.

Therapists like medical doctors and clergy, always viewed their communication with patients as privileged correspondence in which, both legally and morally, confidentiality must be upheld no matter what. The code of ethics of both the American Medical Association And The American Psychiatric Association, as well as various legal decisions, declare that doctors must breach confidentiality when the health and welfare of either a client or others in the community are imperiled.

We should take a concise contextual analysis,
For instance, the University of Ghana has a Psychotherapeutic Health Centre for students and lecturers. Serwaa, a student of UG visits a therapist. Amid the therapy, she expresses his disappointments and frustrations from her beau, Frank, who apparently used her and dumps her for another young girl. She is hurt and cannot concentrate in school. She is disappointed to the bones and erroneously uncovers to the therapist that she intends to kill her boyfriend as payback for every one of the damages and shames he caused her.

With this information, Madam Jane, the therapist breaks confidentiality and spoke with two lecturers about this case. They, at that point, choose that Serwaa is detained by authorities awaiting the police. When the police detained and interviewed her, she concluded that she was not dangerous in any respect and she was permitted to return home. Meanwhile, Serwaa stopped therapy because she felt betrayed and double-crossed.

Barely any months after the fact, we hear, Serwaa's ex kicked the bucket bafflingly. After further investigation, they realized that Serwaa baited him out for sex and killed him. What’s worse, no one knows her whereabouts. On hearing that Serwaa had unveiled her treacherous plan to the school and the therapist before at that point, Frank's folks had the school and specialist sued. Yes, because probably if Frank was informed, he would have stayed away From Serwaa.

Madam Jane first response was to consult with two authoritative directors of the school. All three concur that Serwaa needs to be hospitalized for observation. What was done wrong here? Was the therapist right to have broken confidentiality? Would Serwaa still have killed Frank if the therapist stayed silent? Did the police carry out their responsibilities well? What really went wrong here?

If the therapist reasonably suspects a client is dangerous to himself or another life, the therapist must caution the legal authorities and the intended victims. What of the case of HIV, where the client is having unprotected sex with other students? More recently, some have argued that healthcare workers must breach confidentiality in aspects such as this because the lives of other students are at risk. Therefore, it is important that the therapist must gauge dangers or risks to parents, guardians or school if they are to breach confidentiality against the risk of others.

The is the need for the establishment of such an institution in various offices and schools to help meet the mental and psychological needs of workers and students. This may seem irrelevant, but it would go a long way to protect lives and meet the professional and academic needs of others but also mental needs People are afraid that therapist might break confidentiality of their private life hence why a professional therapist who doesn’t interact with the whole management is put in place to meet these needs.