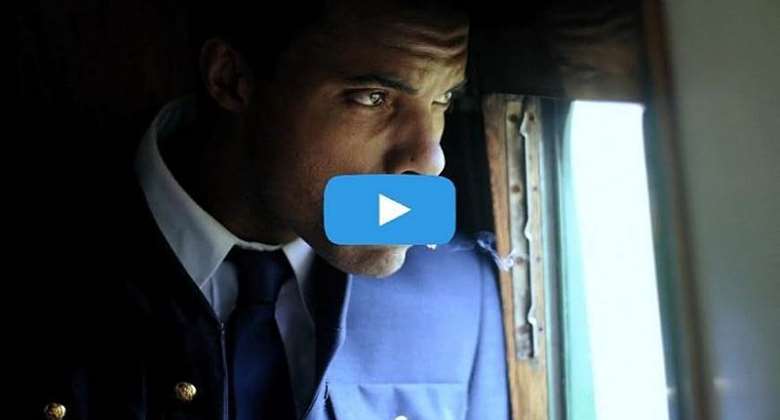 June 24, 2020 (Toronto,ON) – CaribbeanTales International Film Festival (CTFF) welcomes Afroglobal Television as the Official Media Partner for this year’s festival. “CTFF provides a platform to showcase films from the Diaspora and magnifies the voices of Black filmmakers.

On Wednesday July 8th, 2020 at 7pm EST, CTFF will announce its 2020 Livestream programming on the CaribbeanTales-TV online platform as it marks 15 years of celebrating the talents of established and emerging filmmakers of Caribbean heritage. The evening’s festivities include special congratulatory messages, a retrospect of CTFF’s history and the cast talkback and screening of CTFF founder Frances-Anne Solomon’s award-winning film Hero: Inspired by the Extraordinary Life and Times of Mr. Ulric Cross.

“For 15 years CaribbeanTales has amplified our Caribbean stories and allowed Toronto audiences access to films they wouldn’t otherwise see,” said Festival Director Diana Webley. “Now that we have had to move the festival to an online platform due to COVID-19, we expect to have even more people watching our livestream from the comfort of their homes.”

The CaribbeanTales Film Festival runs from September 9th until October 2nd and will take place on the Video-On-Demand CaribbeanTales-TV (CT-TV) platform with nine nights and 25+ short and feature films of livestream entertainment. CT-TV is an innovative subscription-based digital streaming platform that provides access to African & Caribbean-heritage films and TV programs to schools, educational institutions and audiences worldwide.

In honour of CTFF’s 15th anniversary and legacy in festival programming, a screening of Hero will be made available for viewers in the Toronto area. Following a successful world tour that began with its premier at the 2018 CTFF Film Festival, the story of Ulric Cross has garnered several awards including: TTFF 2018 People’s Choice Award, 2019 AMAA Award for Best Diaspora Narrative Feature and the Ja’Net Feature Narrative Award from the Pan African Film Festival where it was the Opening Night film.

Hero tells the story of Ulric Cross who left Trinidad in 1941 to become the RAF’s most decorated West Indian navigator. His life took a different course when, along with other notable West Indians, he followed the call of history and joined the Pan African and Independence Movements sweeping the world in the ‘50s and ‘60s.

CaribbeanTales Film Festival (CTFF) celebrates the talents of established and emerging filmmakers of Caribbean heritage who practise their art across the Caribbean Diaspora and worldwide. CTFF presents a multi-ethnic mix of exciting and dynamic films that showcase diverse and shared stories and cultures.

CTFF is produced by Caribbean Tales Inc., a registered Canadian charity. The company’s mandate is to foster and encourage intercultural understanding and racial equality, through the creation, marketing and distribution of film, programs, events, and projects that reflect the diversity and creativity of Caribbean heritage and culture.

A trailblazer in the film and television industry, Frances-Anne Solomon is an award-winning writer, producer, director, curator and distributor in film, television, and radio. She started her professional life at the BBC in England where she was a successful television drama producer and executive producer in Single Drama and Films. In 2001, she became the founder and CEO of the CaribbeanTales Media Group – that produces, exhibits and distributes Caribbean-themed content from around the world. In 2014, she founded CineFAM, a non profit that showcases and supports women creatives of color worldwide. 2020 marks the launch of the Windrush Caribbean Film Festival in the UK of which she is the co-founder.

Her work as a director includes the feature films What My Mother Told Me, Peggy Su! and A Winter Tale, and the series Lord Have Mercy, and HeartBeat. She is a Director Member of the Academy of Motion Picture Arts and Sciences.

CaribbeanTales-TV.com (CT-TV) launched in 2013 with a grant from the Trillium Foundation It is an innovative digital streaming, subscription video-on-demand platform that provides access to African & Caribbean-heritage films and TV programs to schools, educational institutions and audiences worldwide. CT-TV’s content is drawn from our distribution Catalogue, the annual CaribbeanTales International Film Festival submissions, online submissions and market research, which is an ongoing effort. CaribbeanTales-TV houses over 300 titles ranging from short films, documentaries, feature films and TV series. In 2020 CT-TV introduced Online Events to the catalogue where subscribers have access to past and future events hosted by CaribbeanTales such as masterclasses, webinars, watch parties and live screenings.

Afroglobal Television is a global super channel that caters to people of African heritage worldwide. It showcases the best of Africa and the Diaspora through programs that inspire, educate and entertain. The goal of Afroglobal Television Network is to present documentaries, biographies, music, movies, sitcoms, soap operas, talk shows, dramas, sports and athletics, children’s programming, reality shows, dance, news, current affairs, and contents that reflect the rich and diverse heritage of Africa, the Caribbean and the Diaspora.