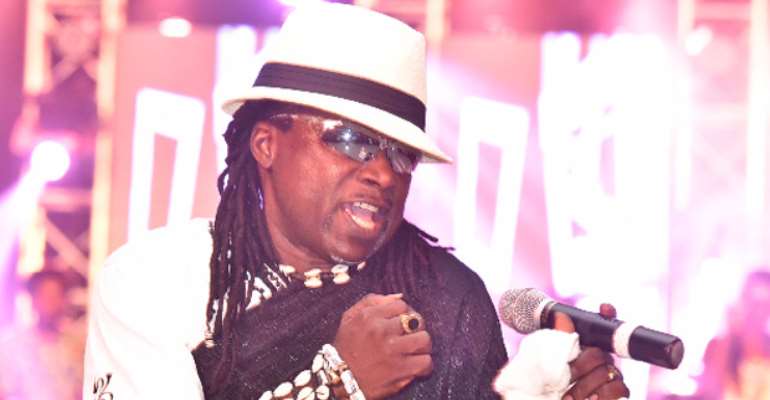 The highlife musician, who has had an impact on the music circles, revealed this at a press conference held at the La Palm Royal Beach Hotel in Accra.

The partnership with the US record label would see Amandzeba release the remix of his 'Wogbe Jeke' song with an American rapper, Michael Morgan.

Addressing the media, the highlife musicians hinted that his latest album which features some top-notch local and international artistes would be released in August this year.

He revealed that this year marks exactly 20 years since the release of the 'Wogbe Jeke' song.

According to him, after the release of his latest album on the Jah Mikal Entertainment label, he would embark and on a nationwide tour to mark 30years in the Ghanaian music industry later.

“There's going to be a grand nationwide concert and other activities. Of course, 'Wogbe Jeke' has become a national song. Everywhere I go and there's an anniversary, they play. So, I'm going to do it the way the people want it. This is exactly what's going to happen,” he said.

He thanked the media in Ghana for its continuous support throughout his stay in the music industry.

Amandzeba Nat Brew was involved in a car crash in front of the offices of Joy FM at Kokomlemle in Accra on Sunday, January 5.

Amandzeba's Ford Explorer rammed into a stationary Nissan Hardbody pickup which also hit a Toyota Camry while returning from the studio. All three cars had their bonnets heavily damaged.

A similar fate befell him 20 years ago when he was preparing to release the 'Wogbe Jeke' album.