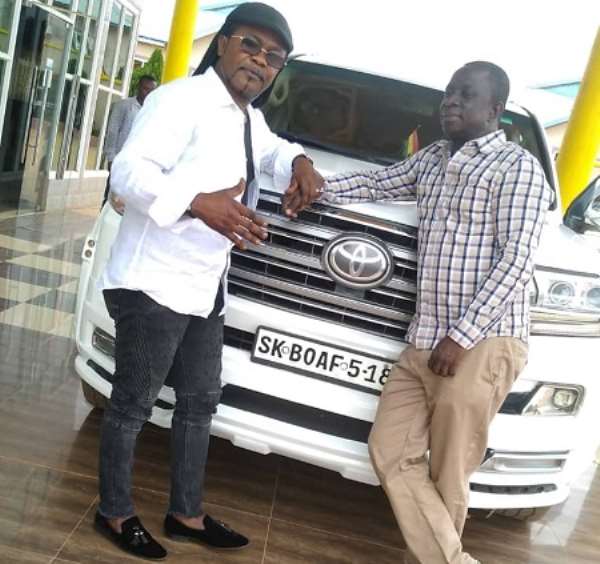 He is one musician who needs no introduction, having been on the scene for over four decades. He is a former member of the then Lumba Brothers.

The mid-tempo song, produced by Prince Mountains, encourages people to focus on their goals and not dance to the tune of detractors.

The song is dedicated to Dr. Seth Kwame Boafo, Chief Executive Officer (CEO) of SK Boafo Company, who according to Nana Acheampong, has contributed immensely to the growth of his musical career.

It also talks about the challenges being faced by young Ghanaians and how they should stay inspired by the success story of Dr. Boafo to overcome those challenges to achieve their dreams.

The highlife legend, who has been in the music industry for over 30 years, has 26 albums to his credit.

Nana Acheampong's passion for music started when he was in middle school at Bantama when he was the leader of the school band.

For those who knew him in those days, it comes as no surprise that Nana Acheampong has become a professional musician.

He Ghana left for Germany and played with a band called Talking Drum until 1987 when he formed his own band.

After releasing his first album in 1991, Nana Acheampong has been very consistent on the scene though one cannot dispute the fact that his association with Charles Kojo Fosu as the Lumba Brothers gave him a big push.

He owns the Owoahene Studio in Suame Kumasi, where he has done his latest recordings, with himself as the executive producer for Owoahene Music.

His 'Na Anka Ebeye Den' hit song is believed to be one of the highest sold albums in Ghana.